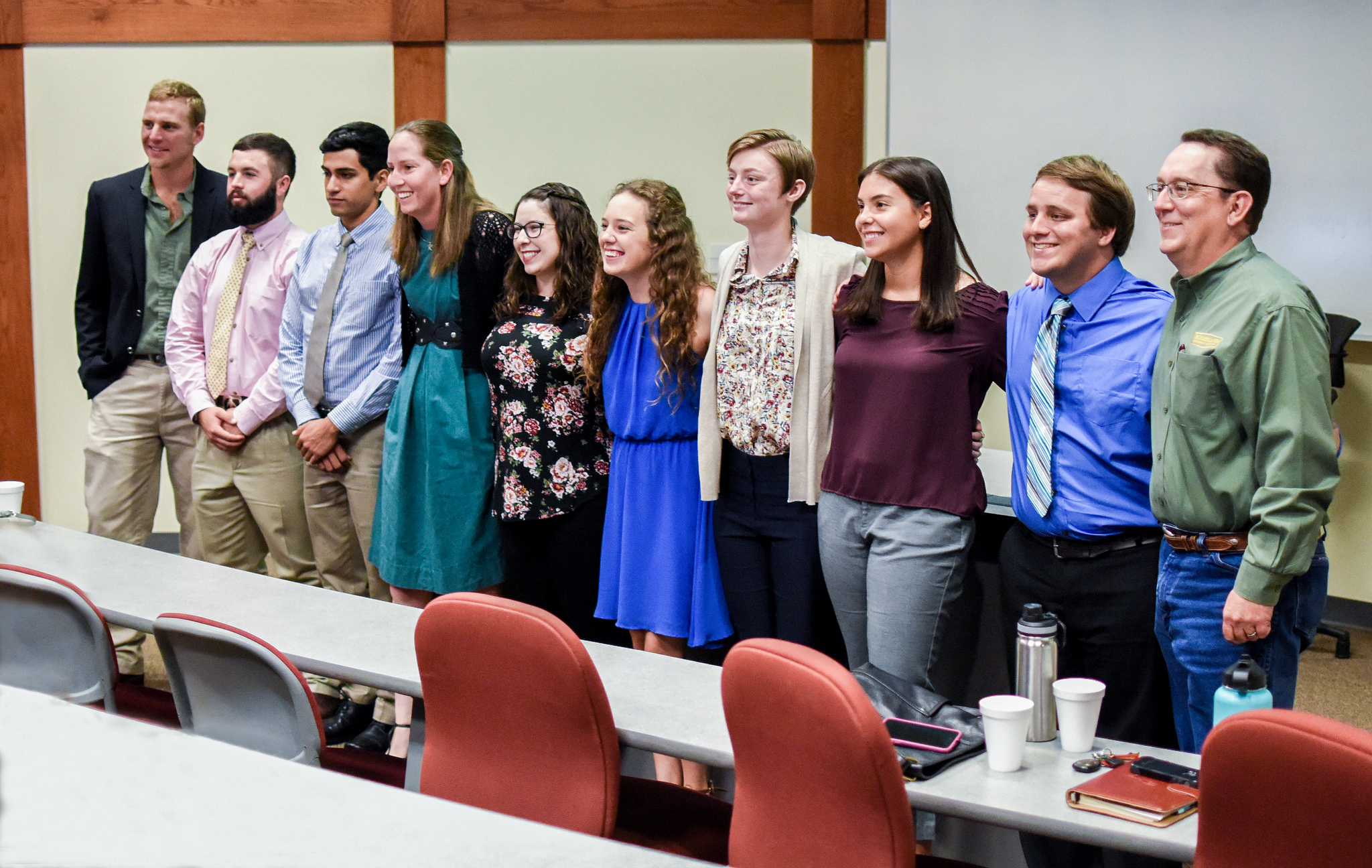 Dr. Louis Harveson, BRI’s Dan Allen Hughes, Jr. Endowed Director, delivered opening remarks thanking the Houston Livestock Show and Rodeo for their financial support of the Program and noting statistics which show BUMP is already delivering on one of its central goals.

“Of the 34 students who have gone through the Program, at least nine are currently enrolled in graduate school,” he said.

Harveson further noted that the education quality of the Program has been confirmed by annual evaluations from Dr. Chris Estepp, associate professor of agricultural education and chair of SRSU’s Department of Animal Science.

“Five years ago, Dr. Harveson approached me and said he had applied for a grant to help build a program that would promote the undergraduate study of agriculture and resource management.  I was finishing up grad school at the time, so I got together with my fellow grad students and we asked ourselves what we would have liked to have done as undergraduate researchers.”

From those discussions arose a plan to combine hands-on opportunities, which students could already get as research technicians, with a set of broader responsibilities that reflected the challenges of graduate and post-graduate research.

“We decided it would be really beneficial if the undergrads could experience a project from start to finish, and develop a strong sense of pride in that project,” continued Janke.  “Whether it was over the summer or over the last fiscal year, the nine students in this year’s Program have been a part of a project that they developed with help from BRI staff or graduate student mentors—projects that were complimentary to that mentor’s ongoing research.”

Janke added that the students had to write research proposals, perform the required field and lab work, and analyze the resulting data, before finally getting the opportunity to present that data and showcase themselves and their projects.

Students presenting their projects via PowerPoint were:

Julie Schmidt with Evaluation of a Technique to Eliminate Excessive Data in Camera Trap Surveys for Mesocarnivores in the Marfa Grasslands, Texas; Katherine Haile with Nutritional Differences Between the Genera Bouteloua and Aristida in the Marathon Basin of Texas; Faith Hille with Nutritional Content of Wildlife Browse in Differing Mountain Ranges, Trans-Pecos, Texas;  Margaret Downing with Determining Seed Biomass in Two Different Grazing Regimes in the Marfa Grasslands, Texas; Erica Dunn with Mule Deer Feeder Visitation in Relation to Lunar Phases in Trans-Pecos, Texas; Hunter Hopkins with Spatial Partitioning Between Coyotes and Mesocarnivores in the Marfa Grasslands of Texas; and Cody A. Putman with A Review of Techniques for Archiving and Sharing Camera Trap Databases.

Students presenting their research via posters were:

Peter Poulsen with Recap of My Experiences While Helping with the Trans-Pecos Kit Fox Distribution Project; and Daniel Botello with Evaluating Nutritional Content of Browse Plants Collected Across a West-East Gradient of the Trans-Pecos, Texas.