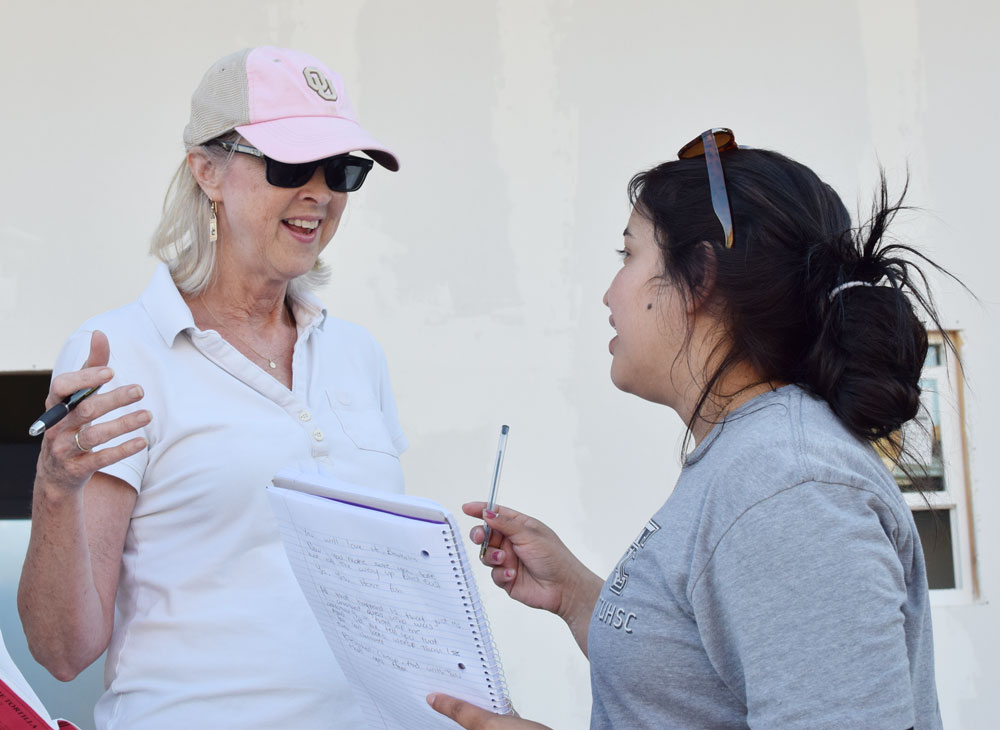 Our Lady of the Tortilla, by Luis Santeiro, is artistic director Dona Roman’s final production for Theatre of the Big Bend.

“My first summer was in 1999 when I was hired to design and build costumes,” says Roman. “I fell in love with the Big Bend region back in the late 70’s. Then in 1998, after my husband was hired as the sole telescope operator of the Hobby-Eberly Telescope at McDonald Observatory, we moved out here with our sons to begin our new life.” After 20 years of service to the university, Professor Roman is planning to retire in May 2020. During her time at Sul Ross, she directed, produced, costumed, (and occasionally appeared in) countless university shows and more than 20 productions for ToBB.

Founded in 1965, Theatre of the Big Bend stages one to three productions every summer. Patrons across Texas and beyond flock to Alpine for an evening of theatre under the stars. Professor Roman remembers that summer classes at Sul Ross used to draw more students. “The University as a whole had many more students attending summer classes. Our upper-level theatre workshop classes provided an opportunity for non-majors to be involved in summer theatre while earning course credit. There was a diverse group of students and community members involved in all aspects of production. It was a lot of fun.”

Professor Roman chose Our Lady of the Tortilla as her final summer production in tribute to the SRSU Latino Theatre Program, which she started in 2006 with SRSU’s former playwright-in-residence Liz Coronado Castillo. In 2007, Professor Roman and Ms. Coronado Castillo partnered with Austin-based Teatro Vivo to bring bilingual Latino theatre to ToBB audiences. “The diversity of the audience was something we hadn’t seen at Theatre of the Big Bend up to that point,” remembers Professor Roman. “It was an incredible experience.”

Our Lady of the Tortilla opens June 21 at the Kokernot Outdoor Theatre and runs Friday, Saturday, Sunday through July 7. “It’s been my pleasure to entertain the audiences of this beautiful Big Bend region,” says Professor Roman. “I truly appreciate their continued, and growing, support.” For more information and to purchase tickets contact 432-837-8218 or visit www.sulross.edu/tobb.