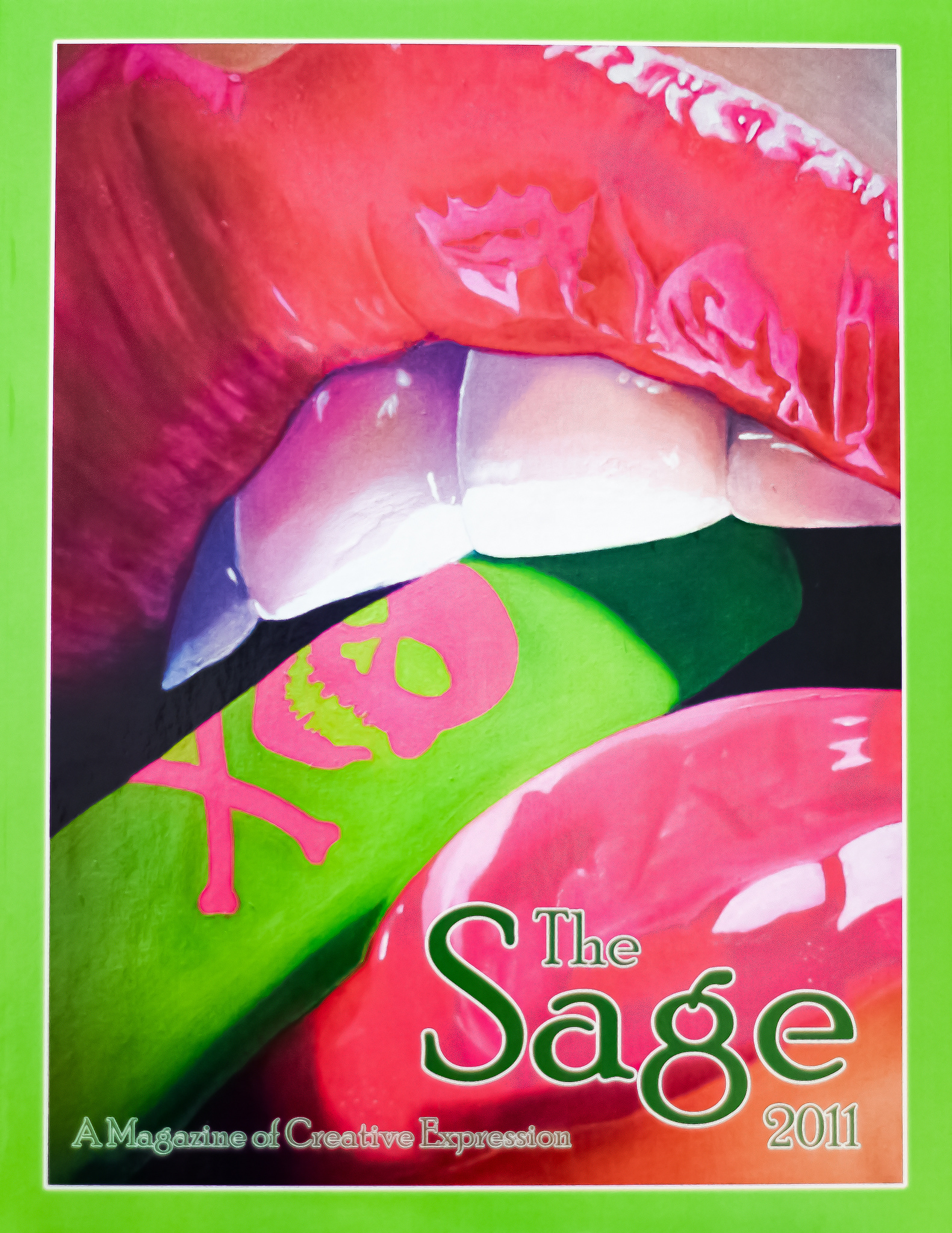 • by Alexandria Lee • from the 2011 Sage Literary Magazine •

The giant mahogany desk in front of two small chairs.  The woman, her hair perfectly coiffed, staring at my brother and me.  The air of expectation hanging in the room.  The closed door, hiding any possibilities of escape.  And, finally, my heart beating out a rhythmic tune of worry in my chest.  This moment would decide the rest of my life.  I chose Mom.  When I was two years old, my world apparently changed in a way I don’t recall.  My parents had decided that they were better off not married to each other.  With this decision came the disappearance of my father from my life.  I wondered why he wasn’t there when I was growing up, but it never really affected me negatively to have only a mom.  I never asked about him and rarely thought about him at all.  He seemed some figment of my imagination.  I used to wonder what he was like but was afraid to ask my mom for fear that she would become angry with me or think that I didn’t want to be with her anymore.  I would make up stories about how my father and I would meet and hit it off instantly and do all the father-daughter things that are seen in movies.  Unfortunately, the first time he was ever verbally brought to my attention from my family is when I was two weeks away from my thirteenth birthday.  My mom had apparently been going through a custody battle.  I remember the first time I heard about it.  I laughed out loud and said, “No way.”  It was inconceivable to me that he would want us after all these years of not even knowing who we were as people.  My mom just gave me a sad look and said, “I’m sorry, but they said you’re going to have to choose.”  It boggled my mind as to what she was even talking about.  Choose what?  Why?  Apparently, I was to spend a few weeks with my dad and then choose which parent I wanted to live with.  The first week with him was amazing.  He lives in California and he took us to Disneyland. We got so many new toys and clothes.  It was like Christmas had come a million times over.  We never really had that much when we were younger, and I was surprised we could have this much.  He was so nice and never got annoyed if we were too loud.

The second week was mostly dedicated to stuff that my brother would find amazing, like learning to shoot and learning to surf.  I was left home with Pam, my dad’s wife.  All we did was clean up the house and make dinner—for when the boys came home.  It was horrible always being told what to do.  I wasn’t really allowed to watch television unless the guys were watching, and I just joined in.  Women had their place in my father’s house.  The last day I was there was just like the first week.  My dad spent it alone with me so we could talk about my future.  He assumed that I was going to choose him, and, even with all the rules, I seriously thought about it.  I cried when he took us to the airport to go home.  I held his hand the whole way.  When we left, he walked us to the terminal and hugged my brother—who then talked the whole way home about how awesome his dad was.  All I could think about was how I didn’t even get a hug goodbye.  When we got home, our mom was waiting to pick us up.  She cried when she saw us and hugged us both so hard.  It was the first time I had ever seen her cry.  I knew at that moment who I was going to choose. When we arrived at the courthouse on the day of my birthday—two weeks after our first visit—my brother and I were escorted to an office.  I could tell that my brother was excited.  I knew whom he was going to choose, and I knew that we were going to be separated.  I was reluctant to talk when the judge came in; I knew what was coming.  When she did finally ask the question, my brother answered quickly.  I stared at him for a few moments before I answered her.  I quietly whispered, “Mom.”  I could feel my brother look at me questioningly.  I wouldn’t look back. I think the judge knew that I was uncomfortable around my brother at that moment because she asked to speak to me alone.  When my brother left the room, the judge looked at me.  She then asked me to explain why it was I chose my mom and not my dad.  I could only think of one answer: “Because my mom is my parent and my dad is my friend.”  I don’t know what my brother told her, but she must have been satisfied with his answer because when he walked out of the room, he left with my dad.  That was the second time that I had seen my mom cry.  I still remember the last thing that my dad said to me that day: “I respect your decision.  Bye now, sweetie.”

Although that was the worst birthday of my life, I still don’t regret my choice, and I don’t think I ever will.

This work was awarded first place in a freshman essay contest.