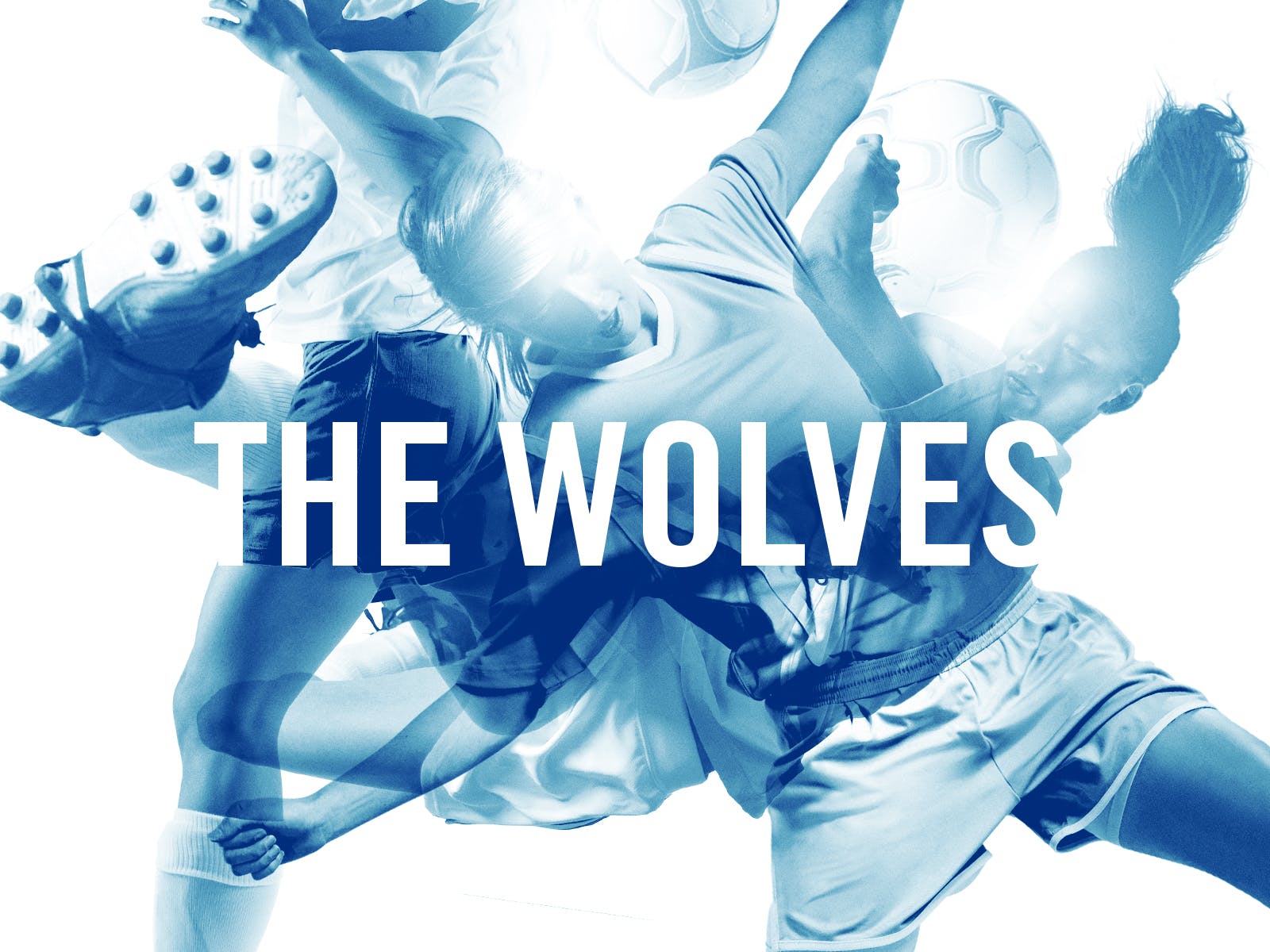 The Wolves, a play by Sarah DeLappe, opens at the Motion Capture Sound Stage (next to the Kokernot Outdoor Theatre) on Friday, November 8, and is the third production of the Sul Ross Theatre Program season. The Wolves follows nine girls on an elite indoor soccer team during their pre-game warm-ups. From the safety of their suburban stretch circle, the team navigates big questions and wages tiny battles with all the vim and vigor of a pack of adolescent warriors. The Wolves is a portrait of life, liberty, and the pursuit of happiness for nine American girls who just want to score some goals.

“This play is timely and funny and very moving,” says director and Assistant Professor of Theatre and Communication Marjie Scott. “It’s a depiction of girls in a way that we rarely see in theatre or media. They’re raw, they are flawed, and they are adolescent, just on the brink of adulthood. The audience gets to eavesdrop on their conversations and personal battles. We’re on their turf and that’s a unique vantage point.”

The Wolves is the first live theatre production in the Motion Capture Sound Stage on the Sul Ross campus. The sound stage is a 2500-square foot, high-ceilinged, open space intended for filmmaking and 3-D motion capture, and was built in 2015 as part of a Title V grant to develop a film production degree at Sul Ross State University.

“We were originally planning to use Marshall Auditorium for this show,” says Scott, “but when we walked that space and really visualized the play in there, it was clear it wasn’t going to work. This play calls for very high ceilings and yet an intimacy between audience and actors, and the sound stage provides that. The audience will be very close to the actors in this production.”

The Wolves runs November 8-17. Performances on Fridays and Saturdays start at 7:30 pm and Sundays at 2 pm. Tickets are $12 general admission and $10 for seniors and children. Tickets may be purchased online at www.sulross.edu/theatre or by calling (432) 837-8218. Subscriptions for the Sul Ross Theatre Program season, including Theatre of the Big Bend’s summer performances, are also available. The Wolves contains strong language and adult themes and may not be suitable for children under the age of 16.