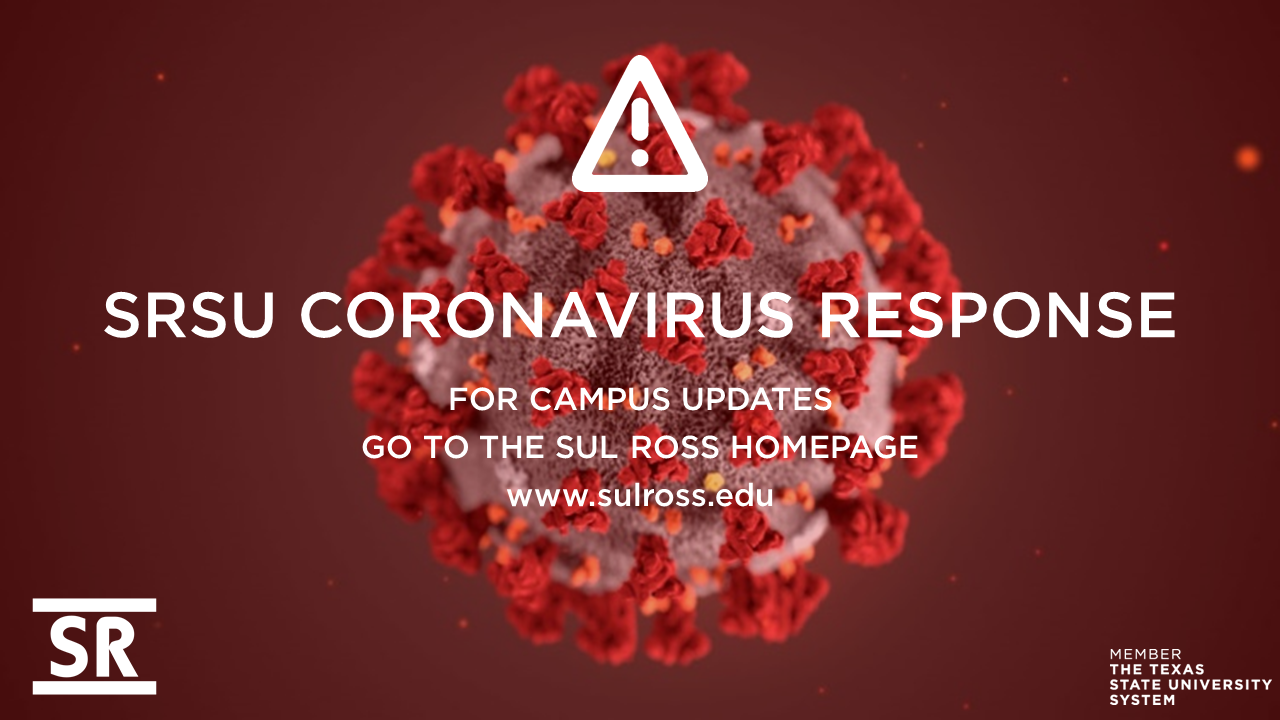 EDITOR’S NOTE: Some of the figures stated in the article have been updated since Wednesday, March 18. For updated information, visit https://www.worldometers.info/coronavirus/country/us/ or https://www.dshs.state.tx.us/news/updates.shtm#coronavi.

As the saga of the coronavirus/COVID-19 pandemic continues to unfold, local medical personnel continue to stay up to date in preparing the Big Bend area with preventative measures to insure that the spread of the virus remains minimal.

Sul Ross is on an extended Spring Break and classes will resume on March 23. The Federal Government issued guidelines that include social distancing and restricted large gatherings of 10 people or more. In line with those guidelines, the university will move to remote delivery of classes on March 23 and will not resume face-to-face classes for the remainder of the semester.

“Our local hospital has been providing a lot of information over the last month in terms of educating the public and insuring that our rural area is mitigating risks and minimizing COVID-19 cases,” said Dr. Ekta Escovar of Big Bend Regional Health Center.

Nationwide, 6,533 cases of documented COVID-19 have been reported with 116 deaths as of Wednesday, March 18.

In Texas, 64 cases have been confirmed as of noon, on Tuesday, March 17. “Those cases do not include cruise ship passengers,” said Escovar adding that one death has been reported in the state. “It was a gentleman in his 90’s who was hospitalized and later died,” she said.

Escovar added that as of noon on Tuesday, 1,268 tests for the virus in Texas have been administered.

“There is a backlog to that in that it takes a couple of days to turn the tests around and get results,” she said. “There are also quite a few tests pending results.”

The Dallas/Ft. Worth and Houston areas are hotspots for the virus due to the heavy load of domestic and international travel.

“We then had cases popping up in San Antonio and Austin and have had two more reports from Lubbock and three from El Paso,” said Escovar. “So although we’ve had no known cases in our region, there is a continuing encroachment of the virus into the rural West Texas area.”

She added that it will be a matter of time before the virus makes its appearance in rural areas and communities.

Escovar dispelled the notion that a lack of reported cases in rural areas was due to a lack of testing.

“That’s just not true,” she said. “The tests that are being run have come from just about every county in Texas.”

“So, again, it’s really just a matter of time when we find a case but it’s not from a lack of testing.”

Escovar noted that there is currently a need for an increase in testing capabilities for rural portions of the state.

“It’s so that the number of tests that are being administered are not limited because of a lack of supplies,” she said.

“Governor Abbott and President Trump have both promised increasing testing volume capabilities in the coming weeks and months so we’ll wait and see how that pans out on a day-to-day level.”