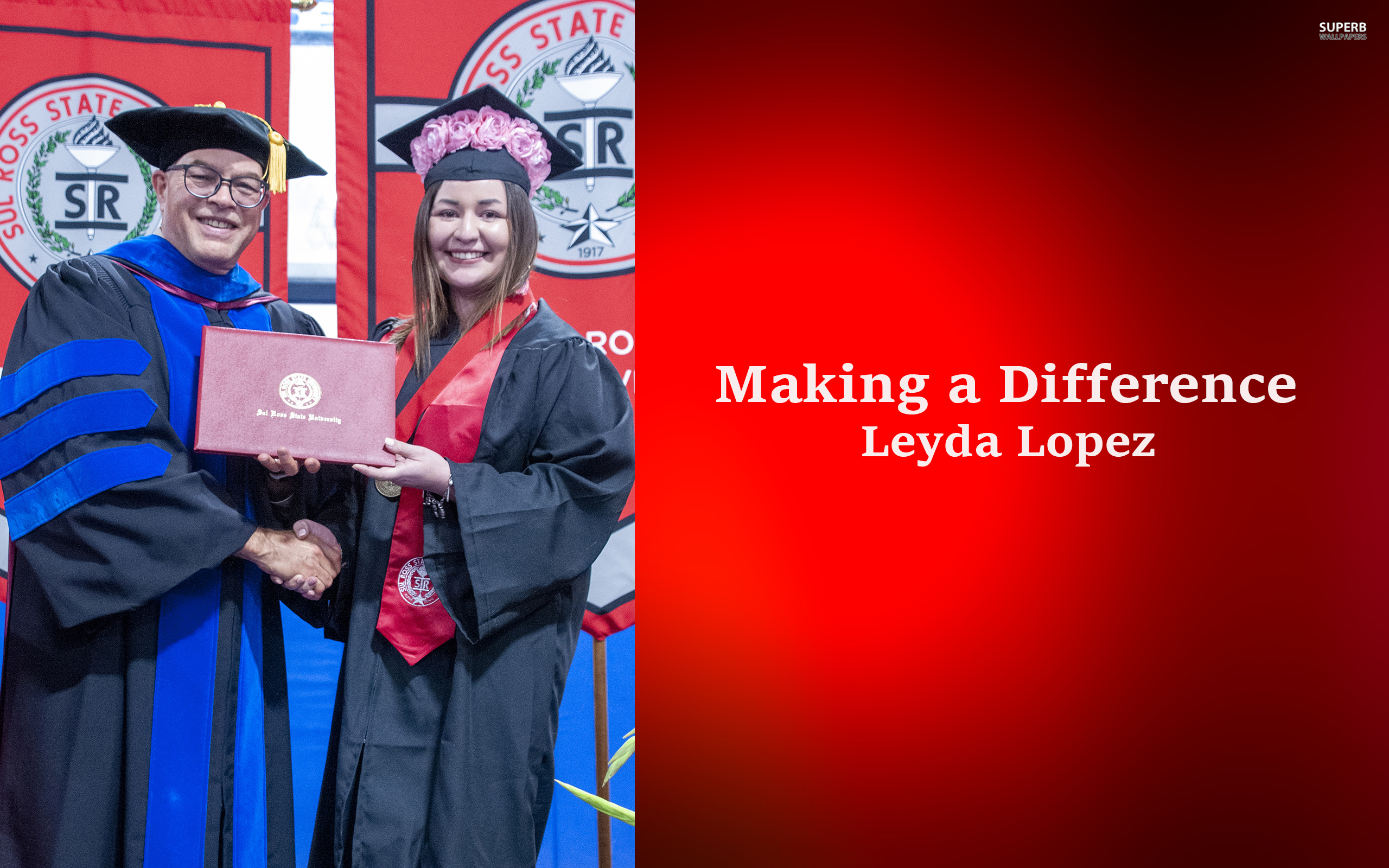 Leyda Lopez is an enthusiastic, gifted teacher who embraces her Mexican heritage while making her home in Crystal City and working at Uvalde High School.

She learned English when her family moved from Piedras Negras to Leakey when she was nine. Split between immersion in another language and culture and returning to Mexico for weekends and holidays, she met the challenges head-on. Leyda became an outstanding student, participating in band, FFA, National Honor Society, and Student Council. As time passed, she began to feel distant from her roots, so her Spanish teacher inspired her to start a club to share her heritage.

Following graduation from high school in Leakey, she initially enrolled in the nursing program at Southwest Texas Junior College, but after four months, decided that was not her calling. She eventually chose education and graduated with honors from Sul Ross State University last December with a Bachelor of Arts in Spanish with Teacher Certification.

Lopez has already passed her Language Other Than English (LOTE) certification by presenting a lesson plan in Spanish and having a conversation in Spanish with an examiner. She teaches Spanish and has started a chapter of the Pan American Student Forum (PASF) at Uvalde High School. She realized that many of her students share the same background and encourages them to look at biculturalism as a gift. Her PASF students were excited to travel to San Antonio and compete in speaking and reading Spanish, but unfortunately, the spring 2020 convention was canceled. Mrs. Lopez said, “My PASF students took it well. They said they are excited to participate next year and will use this time to get ready.”

Leyda and her husband Armando live in Crystal City and are raising their son Aaron in a bilingual home. In her free time, she enjoys drawing, painting, spending time with family, and watching novelas. Her future includes graduate school and earning a doctorate. With her eagerness to learn and ambition to succeed, there is little doubt Leyda Lopez will continue to make a difference.