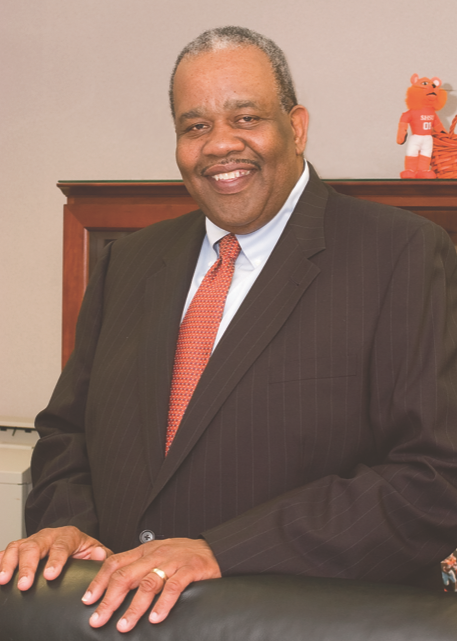 Frank Parker will deliver the keynote address during fall commencement exercises for Sul Ross State University in Alpine on Friday, Dec. 9, at 5:30 p.m. at the Pete P. Gallego Center. 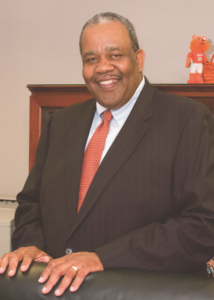 Parker’s career in higher education began at SRSU in 1977 immediately after completing his bachelor’s degree in Political Science and History. After receiving his graduate degree at SRSU, Parker continued his career in higher education, and to date has completed more than 45 years of service to the Texas State University System. He has received numerous awards and recognitions for his service.

Parker has served as Vice President for Student Affairs at Sam Houston State University since June 2005. His service and work at SHSU started in 1980 as the Program Coordinator/Assistant Union Director. Some of his favorite stories come from serving in that position, when he directed Willie Nelson’s live shot from the campus for the Grammy Awards in 1983.

From there his service continued in Student Affairs as the Assistant Dean of Student Life, during which time he also served as the Interim Director for Recreational Sports and Activities as well as the Interim Director of the University Health Center. In March 2001, he was promoted to the Associate Dean of Student Life and was responsible for student discipline, the research and development of the student handbook, and coordinating Campus Parking Appeals, to name a few items. In June 2001, he accepted the role of Associate VP for Student Services/Dean of Students overseeing Judicial Affairs, Student Legal Services, and the Dean of Students Office.

In June 2005, he accepted the position of Vice President for Student Affairs. He is responsible for planning, coordinating, and directing the departments within the Division for Student Affairs at SHSU, including Counseling Services, Dean of Students and Student Advocacy, Leadership Initiatives, Lowman Student Center, Recreational Sports, Residence Life, Services for Students with Disabilities, Student Activities, Student Health Center, and Student Legal and Mediation Services.

Innovation, adaptability and growth are key themes that Parker has modeled throughout his tenure at SHSU with innovative projects like the Bearkat OneCard system, research and implementation of the KatSafe communication software, creation of the Student Money Management Center, Center for Diversity and Intercultural Affairs, Office of Institutional Diversity and Inclusion, and success of the Barnes and Noble University Bookstore. He has equipped staff members in the division to be inventive and original, creating best practices that other institutions have emulated and leading to “Diverse Issues in Higher Education” naming SHSU one of the most promising places to work in Student Affairs.

Parker is a strong advocate and proponent for students, ensuring that they receive the best possible services, programs and facilities that Student Affairs departments can provide. In the last number of years, SHSU has opened a new state-of-the-art Health and Counseling Center, constructed a 700-bed residential-based learning community, added 67,000 square feet to the Lowman Student Center, and renovated the existing building. SHSU is also in the process of adding another residence hall on the north side of campus that will house approximately 600 students.

Parker is the advisor to the Texas State University System Student Advisory Board, which is made up of student leaders from each of the system’s component institutions.

He is actively involved in his community and church and has one child, Nia, who is a graduate chemistry student at the University of Tennessee-Knoxville.