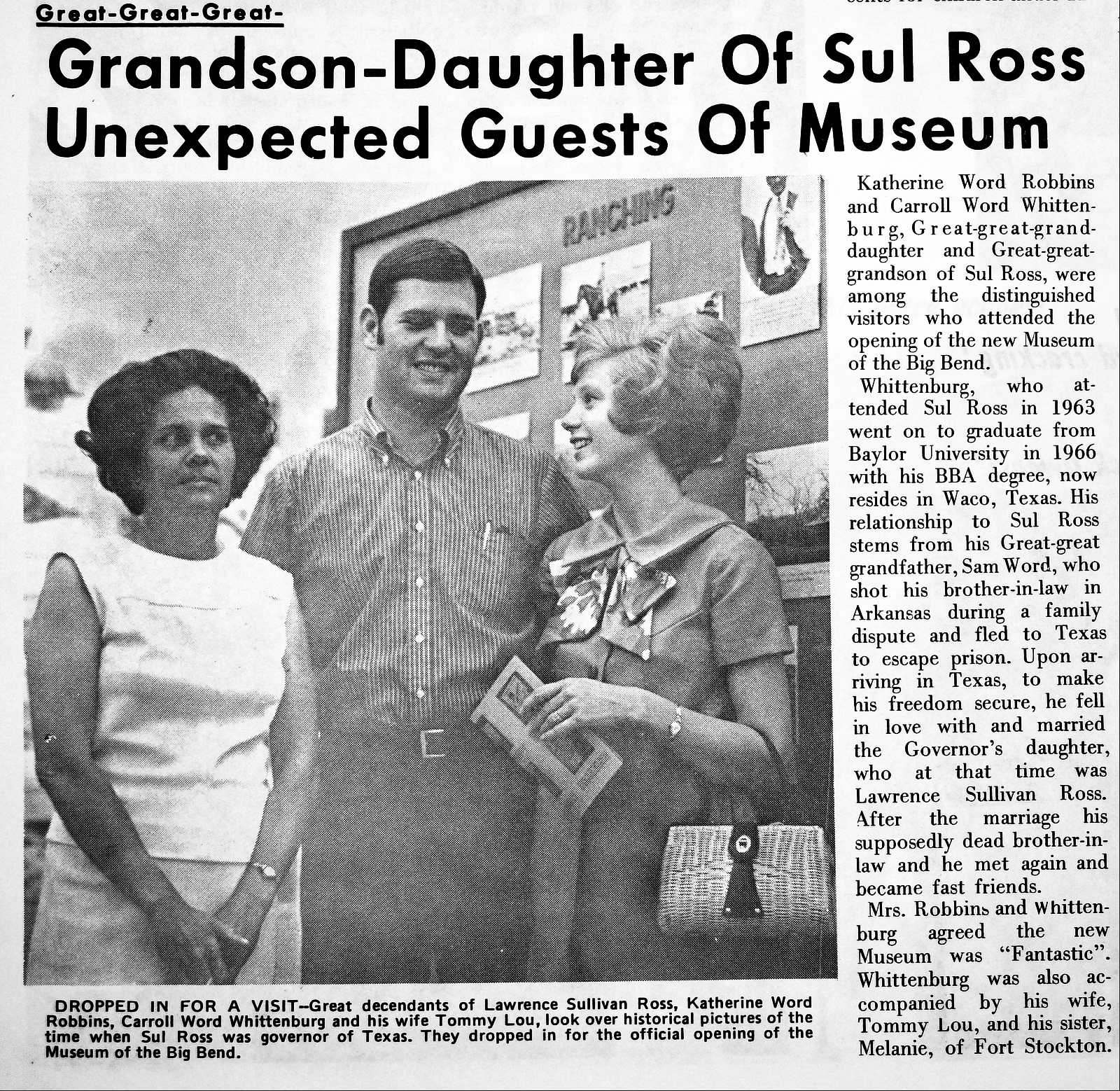 Whittenburg, who attended Sul Ross in 1963 and went on to graduate from Baylor University in 1966 with his BBA degree, now resides in Waco, Texas.  His relationship to Sul Ross stems from his great-great grandfather, Sam Word, who shot his borther-in-law in Arkansas during a family dispute and fled to Texas to escape prison.  Upon arriving in Texas, to make his freedom secure, he fell in love with and married the daughter of the Governor, who at that time was Lawrence Sullivan Ross.  After the marriage, the supposedly dead brother-in-law met Word again and the two became fast friends.

Mrs. Robbins and Whittenburg agreed the new Museum was “fantastic.”  Whittenburg was also accompanied by his wife, Tommy Lou, and his sister, Melanie, of Fort Stockton.