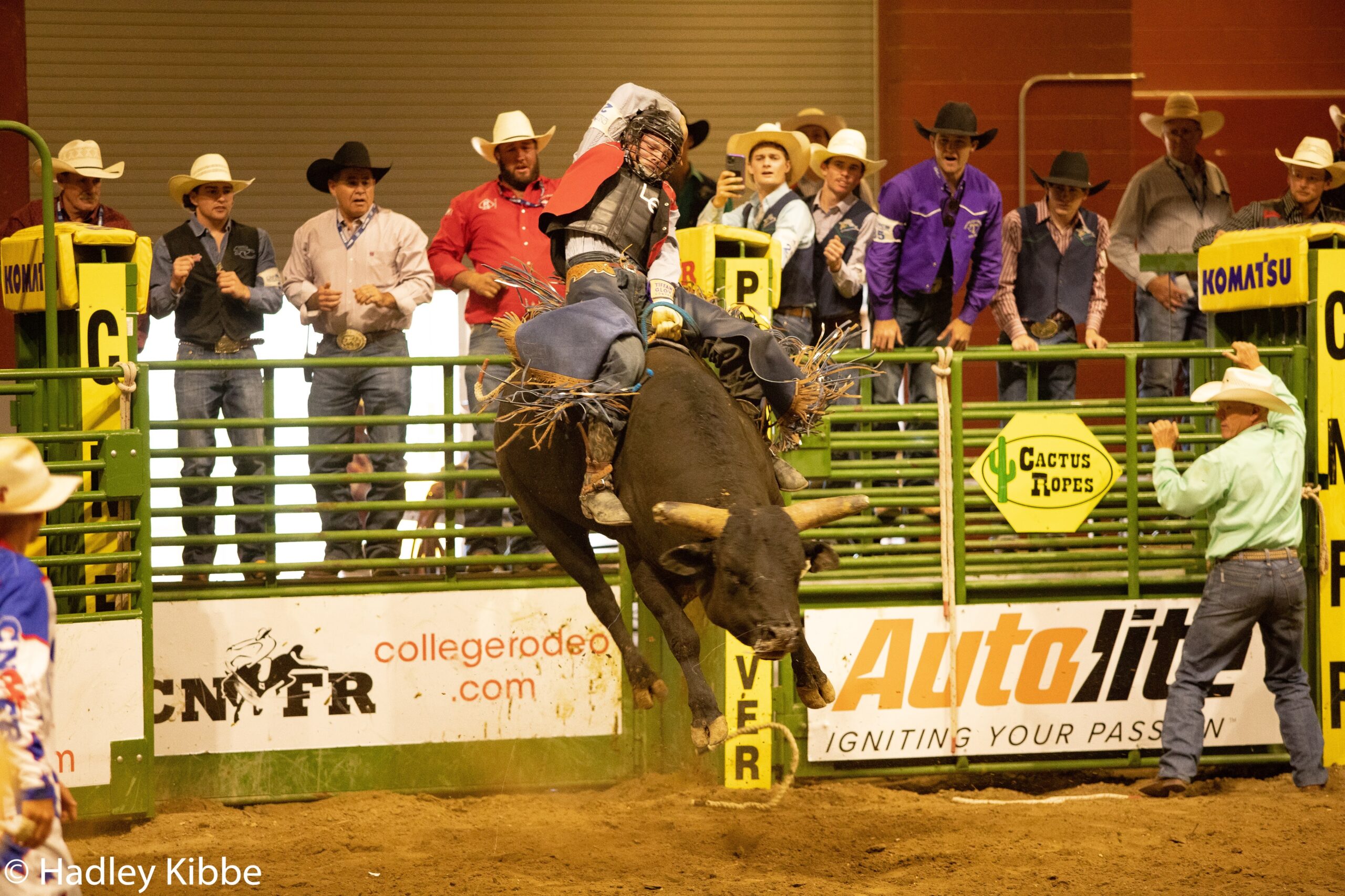 The annual, week-long 2022 College National Finals Rodeo wrapped up Saturday night in Casper, Wyoming, featuring the best of the best rodeo student athletes who compete individually and for their school in the National Intercollegiate Rodeo Association.

This year, the Sul Ross State University men’s team finished third in NIRA’s competitive Southwest Region, winning three team championships out of the 10 and sending five cowboys to compete at the 2022 CNFR.

Tristen Hutchings returned to defend his 2021 national Bull Riding Championship title. Going into Saturday night’s championship round, Hutchings held the lead and was one of only five cowboys to cover two of his three bulls while no one made it to the whistle on all three. After a round one no score, he won round two, and earned second in round three, following that up with a quick trip to Reno to add to his $45k plus of professional earnings this year and putting him 16th in the world standings. In the championship round he did not make the eight second mark on Harry Vold’s Night Trip, yet scored high enough to claim the reserve bull riding championship. He also qualified in the steer wrestling and finished 16th in that event.

“I just went out and did my job,” said Hutchings. “It was an amazing season. I love rodeoing for Sul Ross.”

In the team roping, heeler Mason Pitts roped with Brett Stuart of Tarleton State University and the pair finished in the top 20. Lane Cooper, a five-time CNFR qualifier and the 2022 Southwest Region champion header, and Blake Bentley, 2022 Southwest Region heeler, started with a 16.7 second run in round one, but followed that with two no scores and did not make the short round. SRSU’s header, Kade Smith, won third in the Region and roped with Hayden Cape of West Texas A&M University, but the pair could not put together a score in the three rounds.

Putting on a rodeo requires a large number of personnel and long hours, especially at CNFR with the Sunday performance, and two days of slack followed by four more performances. SRSU Coach C. J. Aragon jumped right in, serving as the CNFR Timed Event Arena Director in addition to coaching. Hadley Kibbe, who earned the Southwest Region 2022 Walt Garrison Top Hand Award, did not qualify for the CNFR, but she worked alongside Aragon, running the team’s social media, taking photographs, and even singing the National Anthem to start one of the performances.

Aragon takes great pride in his team and pointed out, “I think it’s pretty neat that in four years, this team moved from dead last in the Southwest Region to 6th in the nation last year and 16th this year.”

People outside of Sul Ross are also taking note of the team. In a blog post published June 17, author Susan Kanode said, “The average graduation rate at Sul Ross is surprising, especially when you look at the rodeo program. Since C.J. Aragon took that over in 2018, 82 percent of the rodeo athletes have left with a degree and a long-standing relationship with their coach.”

Photo: Reserve champion bull rider Tristen Hutchings out of the gate during round two at the 2022 CNFR. Hadley Kibbe photo