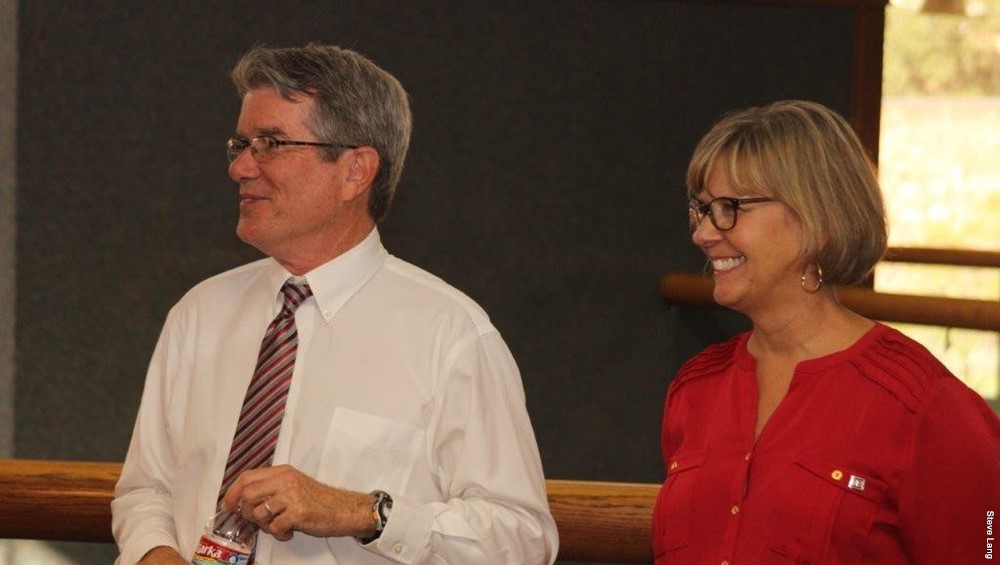 A familiar name will soon make his return to Sul Ross State University.

President Bill Kibler announced the hiring of Butch Worley as interim Athletics Director in an announcement on August 2, 2019.

He will serve in the role of Athletics Director until a new, full-time AD is named in the summer of 2020.

“Butch came to us in 2014 to take the lead and help Sul Ross overcome NCAA probation due to sports sponsorship challenges” President Bill Kibler said. “We are excited to have him come back to lead the department following several years of positive growth and allow him to enhance our athletics program.”

“There is no doubt in my mind that Butch is the right person to take the helm for the athletics department while we initiate a search to hire a full-time Athletics Director,” said Kibler. “Butch brings significant experience in athletics operations and he is extremely familiar with our program. He will also take the lead in helping Sul Ross identify a new Athletics Director that will lead our program into the future.”

Worley retired in early 2018 after serving three and a half years as VP for External Affairs at Sul Ross where he provided oversight for the university’s athletics program, advancement, and alumni relations.

Post-retirement he continued his association on a part time basis through August, 2018.

He came to Sul Ross after a 28-year athletic administration career at The University of Texas. As UT’s Deputy Director of Athletics, he was known as AD DeLoss Dodds’ right hand man and served as Dodds’ point person in the hiring of seven head coaches including Mack Brown, Rick Barnes and Augie Garrido.

“I’m honored Dr. Kibler would want me to come back and bridge the gap between coach Mesker and the university’s first full time athletics director, as well as help him find the right person for that job,” Worley said.

“While Sul Ross athletics has made great strides the past five years, this decision to hire a full time AD not only recognizes the importance of athletics on the Sul Ross campus but also clearly demonstrates Dr. Kibler’s continued commitment to an athletics program all the university’s constituents can be proud of.”

One of the most unique aspects of Worley’s career in athletics was his transition as an administrator from one of the largest college athletic programs in the nation to one of the smallest.

Upon his introduction as Vice President for External Affairs in 2014, Worley stated, “Having been a D3 student-athlete, I’ve experienced the polar extremes of college athletics – UT and Austin College. For years I’ve said I had a D1 head and a D3 heart – this move (to Sul Ross) comes from the heart.”

During his initial tenure at Sul Ross, Worley spearheaded fundraising efforts for the upgrade of athletics facilities, including the installment of artificial turf at Jackson Field, a resurface of the Gallego Center floor, a new scoreboard for Kokernot Field, as well as the creation of multiple graduate assistant coaching positions.

“I’m probably most excited about having a role in the selection of the next AD.”

He continued, “Knowing the Sul Ross coaches and athletic staff as I do — how good they are, how hard they work, and the limited resources they have to work with, my goal will be to help find a leader totally committed to the coaches and student-athletes and their success both the in classroom and on playing field.”

“When I left the university almost a year ago, I told Dr. Kibler I would always follow the Lobos with great interest and stood ready to help him anyway I could. Little did I know that help would be in such a significant capacity,” said Worley.

A graduate of Austin College and the Texas Tech School of Law, Worley served as a high school football coach (Sherman High School), an attorney with The Winstead Firm in Dallas, and director of enforcement at the National Collegiate Athletic Association (NCAA) in Shawnee Mission, Kansas, prior to his long career at The University of Texas.

He and his wife, Angie, a fifth grade math and science teacher, have a son, Tyler (Austin, TX), and a daughter and son-in-law, Whitney and Jon Branch (Denver, CO).