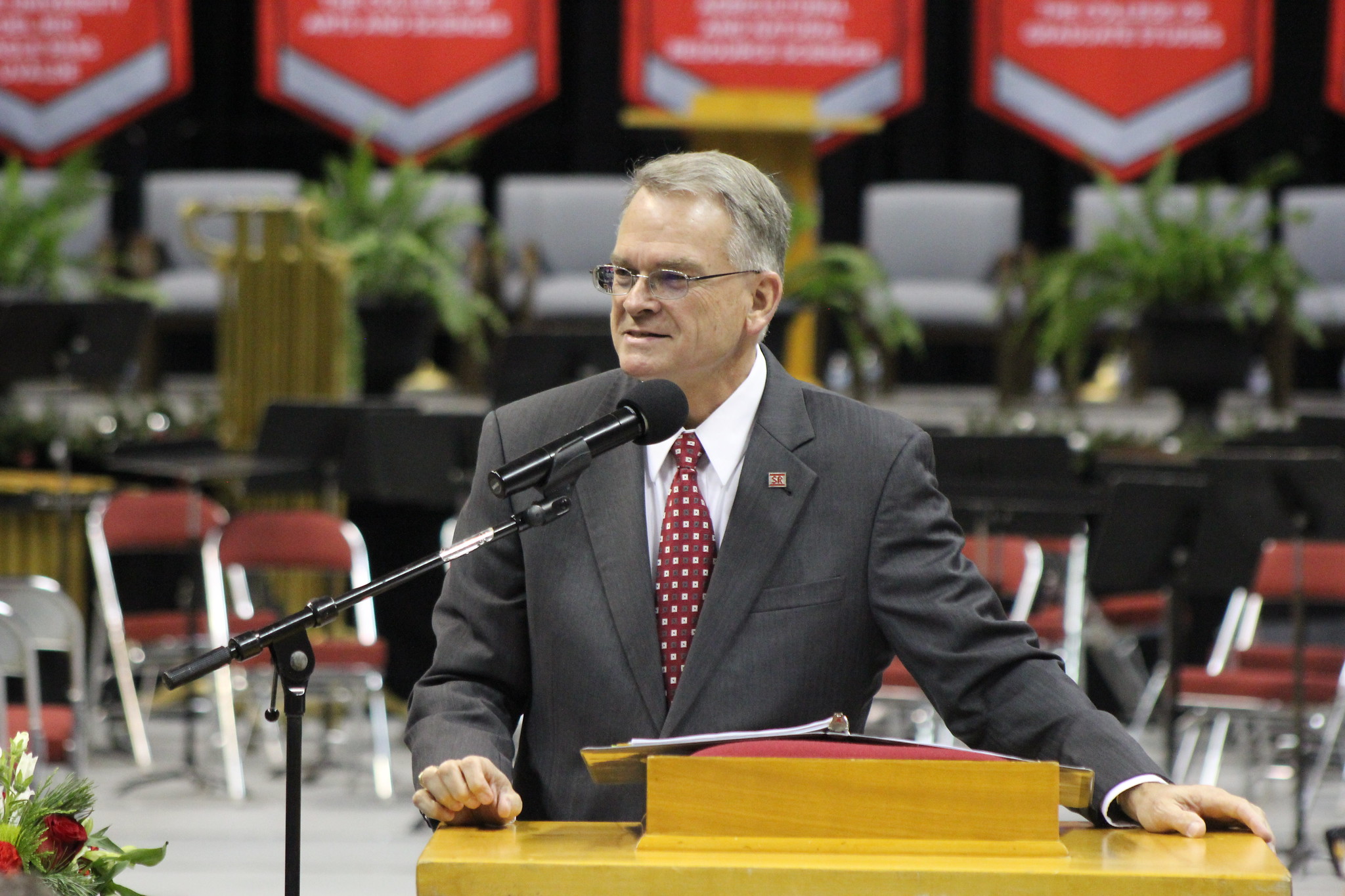 Dr. Kibler will retire in June after six years as SRSU President.

WHEREAS, Dr. William L. “Bill” Kibler has accomplished much academically, receiving his bachelor’s, master’s and specialist’s degrees from the University of Florida and his Ph.D. in Educational Administration from Texas A&M University; and,

WHEREAS, Dr. William L. “Bill” Kibler, restructured the University’s support organization into the Sul Ross State University Foundation Board of Directors; oversaw the receipt of three gifts for Endowed Professor positions; supported fundraising efforts by the Museum of the Big Bend, resulting in $2.5 Million in gifts in two years, followed by a $5 Million gift—the largest in the University’s history—for the Museum’s expansion; and lead development of a Strategic Plan through 2022 and creation of a first-of-its-kind Strategic Enrollment Management Plan; and,

WHEREAS, Dr. William L. “Bill” Kibler, true to his roots in student affairs, had an open door policy for students, frequently inviting them to his office to chat or answer questions and, to the surprise of many, providing new students and their parents his cell phone number during student orientations; and,

WHEREAS, Dr. William L. “Bill” Kibler’s life actively reflects his favorite quote by the 18th Century theologian, John Wesley, “Do all the good you can, by all the means you can, in all the ways you can, in all the places you can, at all the times you can, to all the people you can, as long as ever you can,” having served as a Deacon at the First Baptist Church in Alpine, and with his wife, having fostered a total of 37 children over a 15-year period in both Texas and Mississippi;

WHEREAS, Dr. William L. “Bill” Kibler and his wife, Pam—an unpaid University “ambassador” and volunteer in many community activities—are proud parents of six children—adults, Ben (wife Karen), Zach, Kurt and Alissa, and the youngest two, Austin and Gracie, who are still at home—and grandparents to Brooke and Luke;

NOW, THEREFORE, BE IT RESOLVED that the Board of Regents of the Texas State University System unanimously adopts this Resolution, recognizing Dr. William L. “Bill” Kibler and thanking him for his service to Sul Ross State University, its students, faculty and staff.

Adopted by the Board of Regents of the Texas State University System this 21st day of May, 2020.

Kibler came to Sul Ross from Mississippi State University, where he served 10 years as Vice President for Student Affairs, overseeing the university’s enrollment, admissions, financial aid, housing and other student-centered programs. Previously, he spent four years at the University of Florida as assistant to the Dean of Students and later as Assistant Dean. He moved to Texas A&M University in 1980 where he spent 24 years in ascending Student Affairs positions, the last year as Vice President.

A native of Milton, Florida, Kibler earned a bachelor’s degree in economics (1976) and a master’s degree and a specialist’s degree in counselor education (1980) from the University of Florida. He later attended Texas A&M University, where he earned a Ph.D. in educational administration in 1991.

He and his wife, Pam, who has been a Licensed Professional Counselor, teacher and volunteer, are the parents of six children.  They have six children: Ben (wife Karen), Zach, Kurt, Alissa, Austin, and Gracie. Recently, their son Austin graduated from Sul Ross State University with a Bachelor’s Degree.  The Kiblers are the proud grandparents of Brooke and Luke.

The Kiblers have also served as foster parents to a total of 37 children over a 15-year period in both Texas and Mississippi.