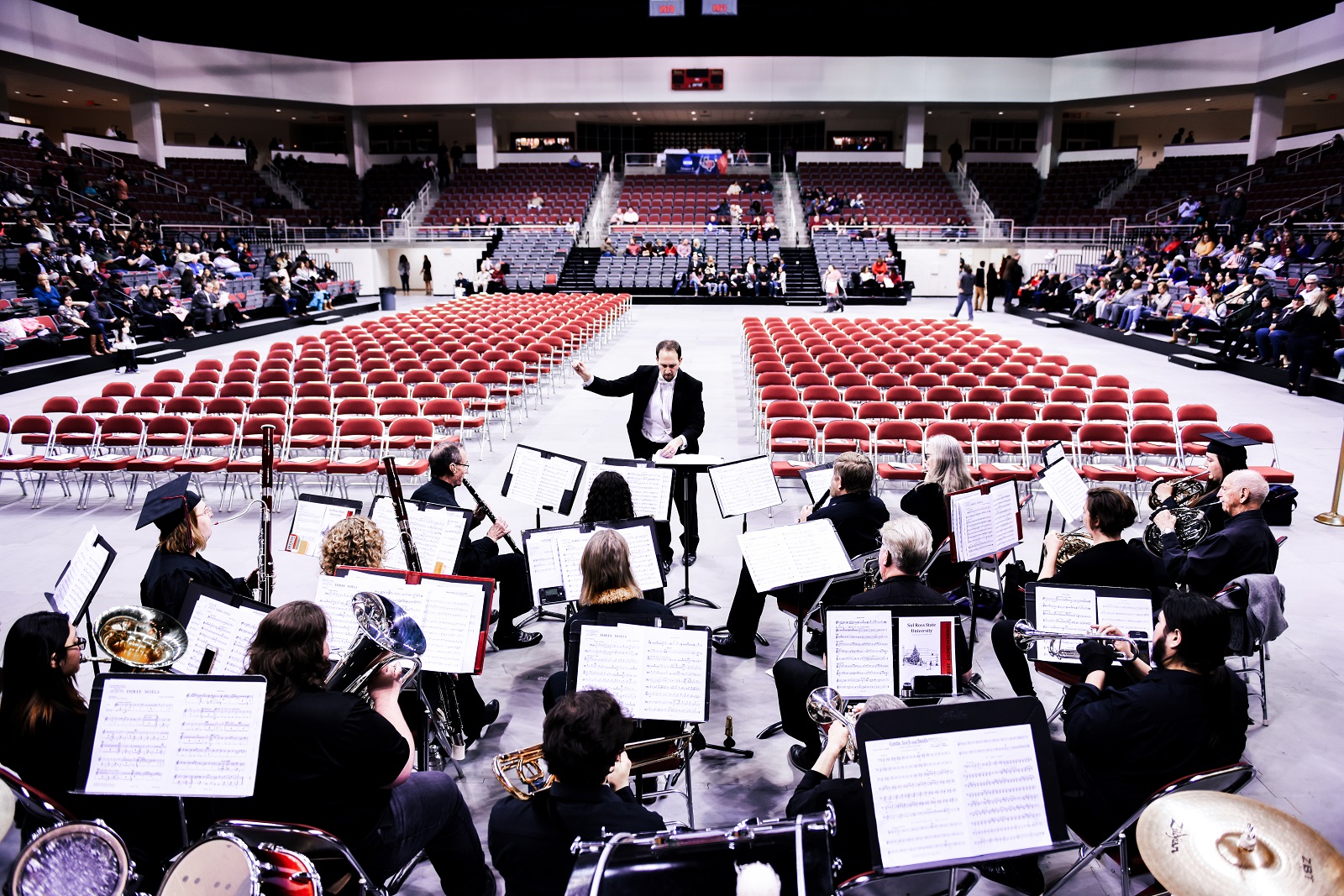 The Sul Ross State University band has joined forces with musicians from the Greater Alpine area for over 15 years. The kinship offers the small, but competent Sul Ross band a chance to broaden their scope and gives Big Bend locals an opportunity to play instruments in a concert band setting.

The 25- to 30-member band combines all bands on campus, plus alumni and community members, Band Director Jeffrey Meyer said.

Meyer, with Sul Ross since 2015, decided to combine the bands, renaming it “The Communiversity Band.”

The July 4th program features a medley of George Gershwin tunes and works by Leonard Bernstein. Bernstein is well-known for his musicals including “West Side Story” but the Communiversity band chose to showcase pieces from a lesser known comic operetta, “Candide.” They will also play traditional marches and the Armed Forces Salute, including the theme for each branch of military service.

Soloist Alyssa Longoria, Sul Ross Alumnus, will perform “God Bless the USA.” Other songs in the program include “I Left My Heart in San Francisco,” a tune popularized by Tony Bennett.

Strach on flute and Santiago “Jimmy” Castillo on trumpet. Over a dozen community members round out the group.

The band takes the stage at the pavilion in Kokernot Municipal Park at 7:00 p.m. July 4th.

Additionally, the Communiversity Band meets every Tuesday at 7:00 p.m. in room 100 of the Fine Arts Building. For more information, email Meyer at jeffrey.meyer.81@gmail.com.