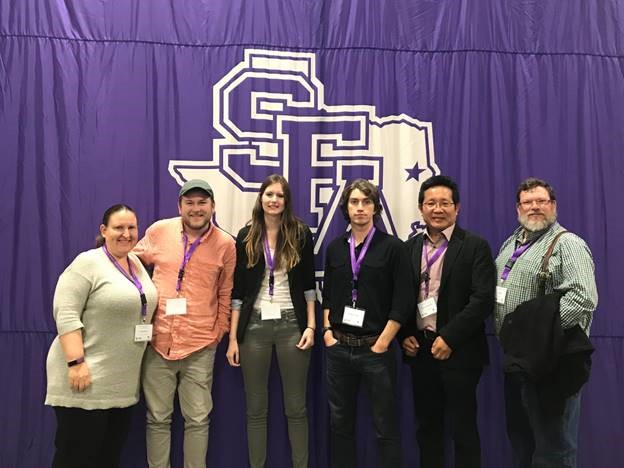 “We had four faculty and three undergraduate and graduate students in attendance,” said Dr. Chris Ritzi, Professor of Biology

Cactus Floras of the Trans-Pecos and the Tamaulipan Thornscrub and What can be Deduced from the Similarities and Differences in Their Distributions by Dr. Martin Terry, Sul Ross State University and Peter Berresford, British Cactus & Succulent Society.

The Mathematics of Celtic Knots by Dr. Angelo M. Brown.

Dr. Ritzi added that above presentations represented work conducted by students and faculty in the Biology, Geology and Physical Sciences Department and the Computer Science and Mathematics department, covering a variety of different research areas and topic sections.

“Not only did Sul Ross present a number of presentations,” Ritzi said, “but we also represented on the Board of Directors in the Academy.”

Ritzi, who served his third year as Executive Secretary for the Academy, continues to help speak out for smaller universities and the western side of the state.

Next year’s annual meeting will be held at University of Houston – Clear Lake March 5-6, 2021.

“As this will be next door to NASA, there will be joint activities, tours and talks to connect the two at the upcoming meeting,” said Ritzi.

The Texas Academy of Science’s mission is to promote scientific research in Texas colleges and universities, encourage research as a part of student learning and work to enhance the professional development of its members.