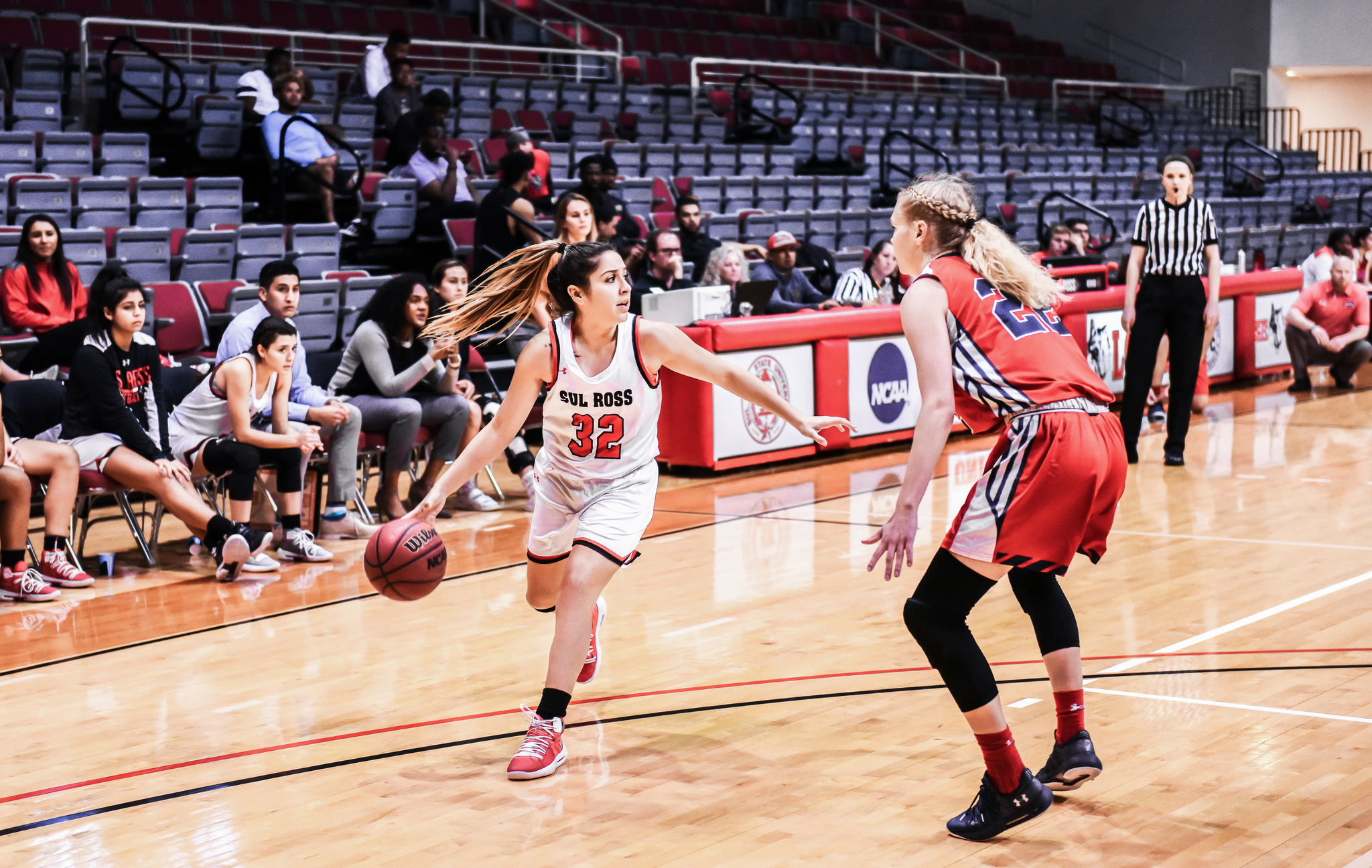 LOS ANGELES, Calif.- Lizette Heredia led with 14 points and five assists, but Sul Ross fell to the University of La Verne by a 78-72 count Wednesday in Los Angeles.

The Lady Lobos held command early in the opening quarter as Chandre Nunez scored on a pull up jumper for an 8-1 Sul Ross lead at the 8:05 mark.

Back-to-back free throws by the Leopards’ Hannah Rogers broke a 16-16 tie and gave La Verne their first lead of the game.

A fast break layup by Kayley Diaz pulled Sully to within two down 20-18 with 9:47 left before the break.

Jessica Magallanes converted the final basket at 24 seconds as La Verne sported a 44-28 lead at intermission.

The home team would put up a 20-point lead in the third quarter and led 65-49 heading to the closing period.

A three-pointer by Heredia with 2:42 left in the game pulled Sully to within a single digit deficit trailing 75-66.

Heredia banked again from long range at 1:47 as the Lady Lobos found themselves on the short end of a 75-71 margin.

Heredia posted the final point for the visitors at the three second mark while the Leopards returned the favor and went on to claim the 78-72 victory.

The Lady Lobos drop to 4-8 on the season while La Verne improves to 6-3.