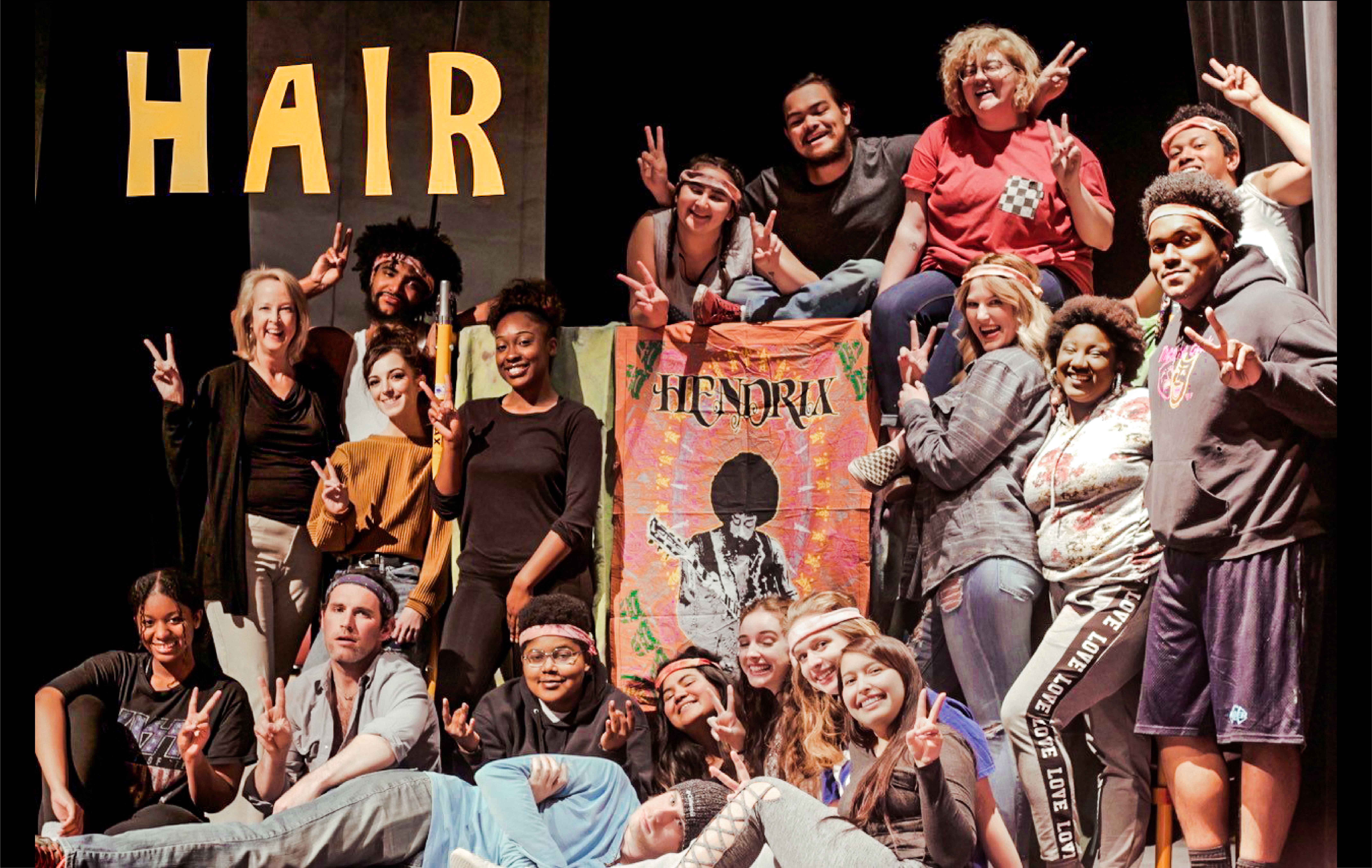 With a book and lyrics by Gerome Ragni and James Rado, and music by Galt MacDermot, Hair opened on Broadway in 1967, reflecting the hippie counterculture and sexual revolution of the late 1960s.  Featuring hit songs like Aquarius, Let the Sunshine In, Hair, and Easy to be Hard, the musical’s eclectic score produced several anthems of the anti-Vietnam-War peace movement.

This exuberant musical about a group of teenagers searching for truth, peace, and love in a time of political and social conflict continues to resonate with audiences of all ages more than five decades after opening night.

Hair will run for three weekends, opening on Friday, April 5 and playing through Saturday, April 20.  Curtain times are 8:15 p.m. on Fridays and Saturdays and 2:00 p.m. on Sundays.  Performances will take place at Marshall Auditorium inside SRSU’s Morelock Academic Building in Alpine.  Patrons are advised that Hair contains profanity and adult content.