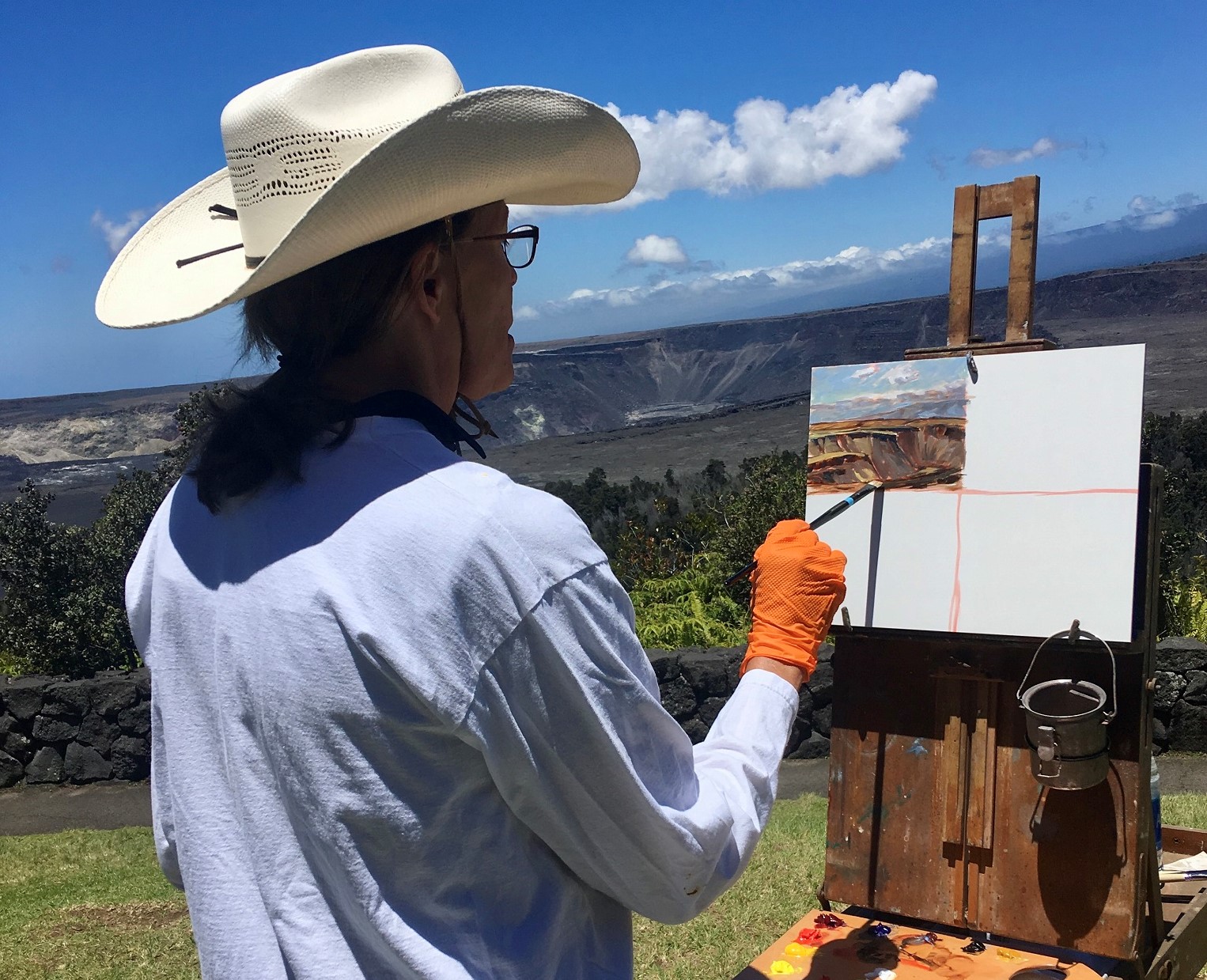 It’s the second time Leese has participated in a residency with the National Parks Service. Last year, she spent a month at Fort Union National Monument in New Mexico.

Volcanoes Park is located on the Island of Hawaii and encompasses two of the world’s most active volcanoes.

As a plein air artist focusing on landscapes, Leese’s work familiarizes her with outdoor surroundings. Most of the time, she paints at a remote, dry and sandy ranch located in the Permian Basin, where she also works as a founding manager.

“Here (in the Permian Basin) we have sand hills. It was nice to go somewhere that has mountains and trees,” she said.

The residency gave Leese time to focus on her craft and dig into park history. She had access to an archive of paintings inspired by the region from the late 1800s to early 1900s.

“There were pretty famous works done there,” she said, including many from the so-called Volcano School, a group dedicated to painting nocturnal volcano scenes.

Studying the archive was special. “It was a highlight of the trip,” Leese said.

Park staff was very supportive and helped enrich her understanding of the area.

“When you get a feel for the park you have some integrity and authenticity in your work,” she said.

As an artist in residence, Leese became a park advocate.

It’s in line with a tradition that helped create national parks over a century ago.

She reflected, “Artists came out west and painted. They took the paintings to Congress back east and that led to the protection of lands. Now we have vast areas that are protected and preserved.”

Volcanoes Park outfitted Leese with an easel, canvasses, oil paints and watercolors. She took the watercolors and a sketchbook on long distance hikes and used the oil paint and easel at easier to access destinations.

By the end, Leese produced 14 plein air oil paintings. She will create larger works in her West Texas studio based off sketchbook renderings made in Hawaii. A show is scheduled for March 2020 at the Ellen Noel Art Museum in Odessa.

Twenty paintings from her Fort Union residency are currently on display at the Sibley Nature Center in Midland, with an artist talk set for August 27 at 7:00 p.m.

Leese began her master of fine arts degree at Sul Ross in 2015. It had been over 30 years since her BFA, and she wondered if there were new tricks to learn. She says the critiques have been phenomenal and the professors have been very responsive. “All the art professors and students offer a diverse range of feedback,” she said.