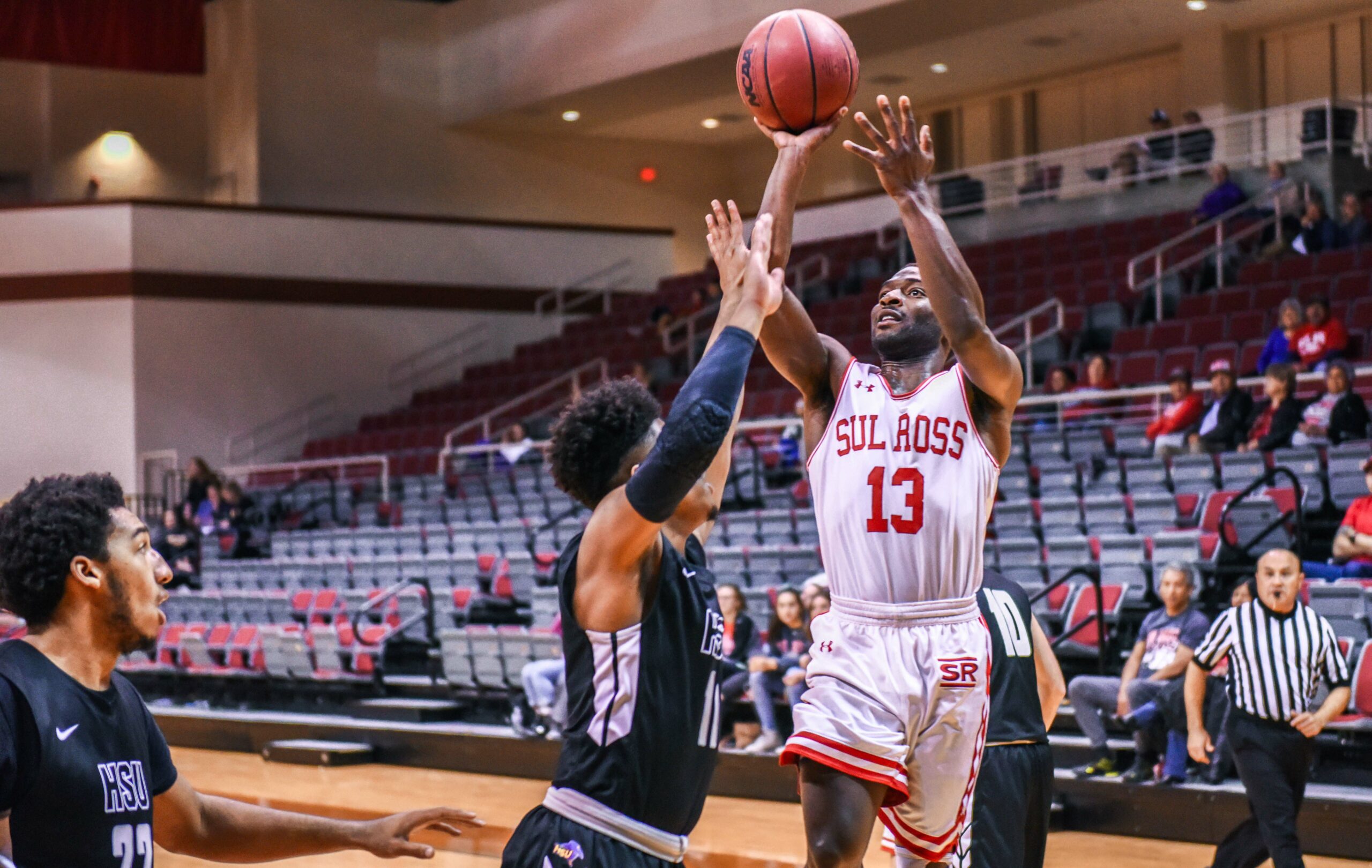 ALPINE, Texas- Hardin-Simmons University fought off a late second half rally and defeated Sul Ross by an 83-80 count in American Southwest Conference action Thursday evening at the Gallego Center.

Sul Ross started the outing off with a three-pointer by Jola Otubu following the opening tip off.

Conner Dawson then broke a 3-3 tie with a mid-range jumper with 19:14 left in the first half.

The Cowboys recovered and went on to hold a seven-point lead off a three-point basket by Jalen Terry at the 14:27 mark.

The visitors broke out to a pair of 20-point leads down the remaining stretch of the half and went to intermission leading 46-29.

The Cowboys held the reigns tight over the first eight minutes of the second half and sported a 22-point, 66-44 lead at the 12:02 mark.

Hardin-Simmons held a double digit lead over the next nine minutes of regulation before a three-pointer by B.J. Hollis narrowed the Lobo deficit to nine at 2:41.

A layup by Kirkpatrick at 24 seconds cut the Cowboy lead to two, 80-78 before a pair of free throws by Joe Hoeup spread the gap to four.

Following a jumper in the paint by Licon at 10 seconds, Hoeup scored the final basket with five seconds left and secured the 83-80 Hardin-Simmons victory.

The Lobos will celebrate senior day on Saturday in Sully’s final home game of the 2018-19 season.  McMurry visits the Gallego Center for a 3:00 p.m. ASC tip with live coverage on the Sul Ross Sports Network.