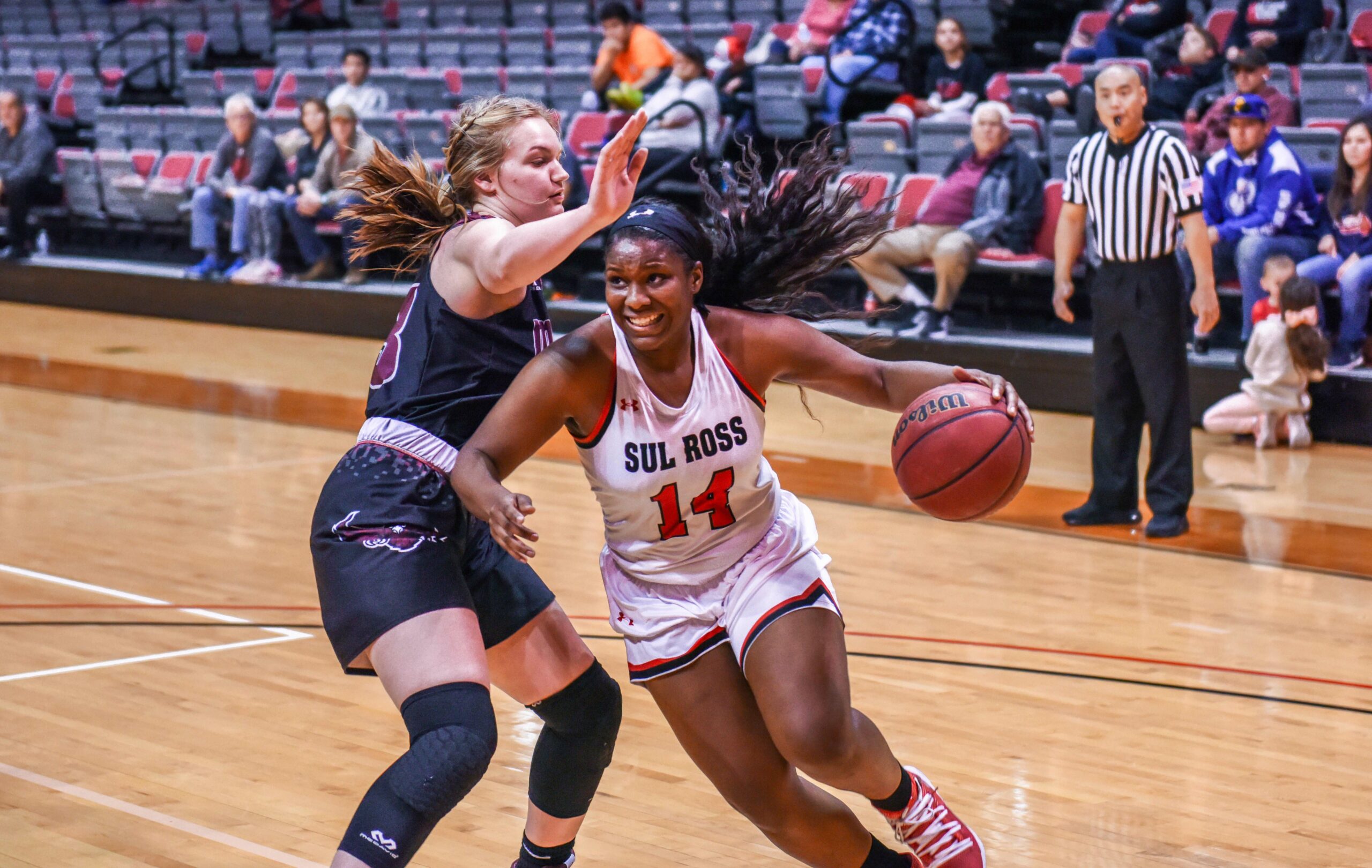 A three-pointer by Heredia tied the game at three nearly a minute into the first quarter.

Following a 5-5 tie at the 7:20 mark, Sul Ross maintained a slim lead lead over the next four minutes of play.

McMurry’s Savannah Johnson ended the quarter with a jumper at the elbow at 59 seconds as the War Hawks trailed 18-17 heading to the second period.

Sully held three, six-point leads in the second quarter before Latin capped an 8-0 run with a three-point basket at 2:31 for a 40-29 Lady Lobo lead.

The visitors narrowed their deficit to four off a free throw by Skylar Reyna with 58 seconds remaining before the half.

Kianna Fierro ended the half with a layup at three seconds for a 44-39 lead for the home squad heading to intermission.

A free throw by Hamilton extended the Sul Ross lead to six with 7:23 left in the third quarter before the War Hawks crept to within one off a pair of free throws by Reyna at the 6:30 mark.

Five lead changes and four ties would follow before Reyna finished off a 5-0 run with a foul shot for a 62-58 McMurry lead at 44 seconds.

Latin then banked on a jumper in the paint at 19 seconds as the War Hawks took a slim 62-60 lead to the final quarter.

McMurry stretched its lead to seven as Isabel Carrion connected from midrange with 8:59 left in the game.

The War Hawks broke the knot and held a tight lead for the next three minutes before Chandre Nunez’s jumper swung the lead back to Sul Ross by a 76-75 margin.

Two more ties followed as Roque’s jumper in the paint knotted the outing at 78 at 32 seconds.

Reyna then fired off the tie-breaking shot with under five seconds to secure the 80-78 McMurry win.

The Lady Lobos head to Belton on Thursday for ASC action against No. 6 University of Mary Hardin-Baylor.  Tip off is scheduled for 5:30 p.m.