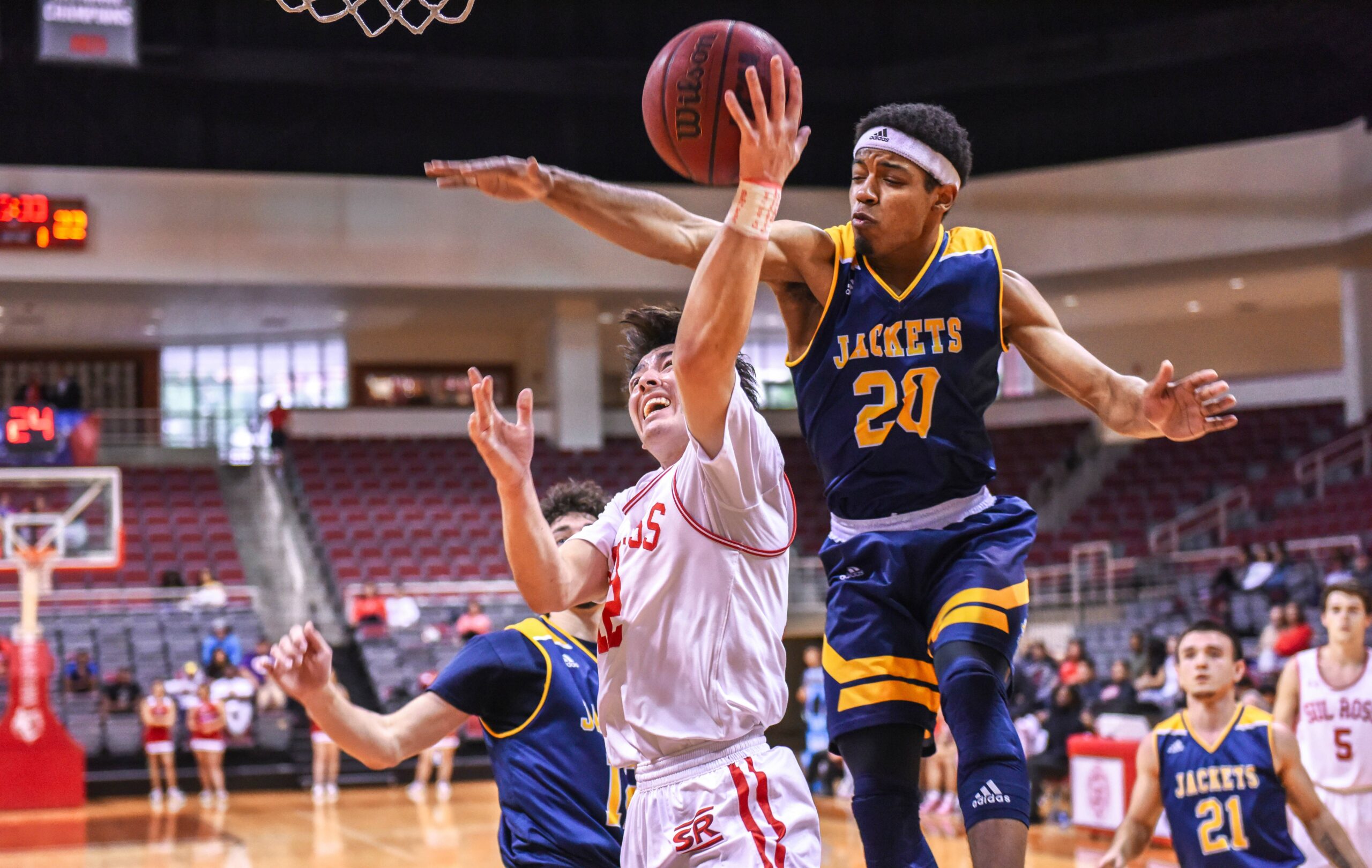 A layup by Licon put the first points on the board for the Lobos to tie the game at two. Licon then added a long range jumper to break the tie for a 3-2 Sul Ross lead with 18:11 remaining in the first half.

The two teams traded leads over the next three minutes before Hollis converted from short range for a one-point Lobo lead.

Hollis then knocked down a pair of free throws for a 12-11 advantage before Aaron Anderson banked on a scoop shot extending Sully’s lead to three with 13:54 left in the first half.

One more tie would ensue before the home squad mounted an 8-2 run capped by a three-pointer by Cole Avery for a 26-17 Sul Ross lead at the 8:46 mark.

Jack Kirkpatrick’s layup gave Sul Ross its first double digit lead of the game with 7:10 left before the half.

The Yellow Jackets threatened and pulled to within two off a long range basket by Evan Adkins at 3:53.

Sully held the visitors at bay and ended the period with a step back jumper by Avery at nine seconds as the Lobos clung to a 42-37 lead at the break.

Sul Ross maintained a slim lead for the first 10 minutes of the second half.

Sully would sport a pair of ten-point leads off a free throw by Licon and a jump hook by Brayden Fry with just under two minutes left in the game.

Shadd Cole converted the final point for the Yellow Jackets off a foul shot at the 53 second mark. Kirkpatrick then put Howard Payne away with a layup at 17 seconds as Sul Ross prevailed in the 75-64 victory.

Hollis and Kirkpatrick finished with 11 points each while Fry posted 10 points.

The Lobos will host Hardin-Simmons University in a critical ASC rematch Thursday, February 7. Tip off is scheduled for 7:30 p.m. from the Gallego Center and will be streamed live on the Sul Ross Sports Network.