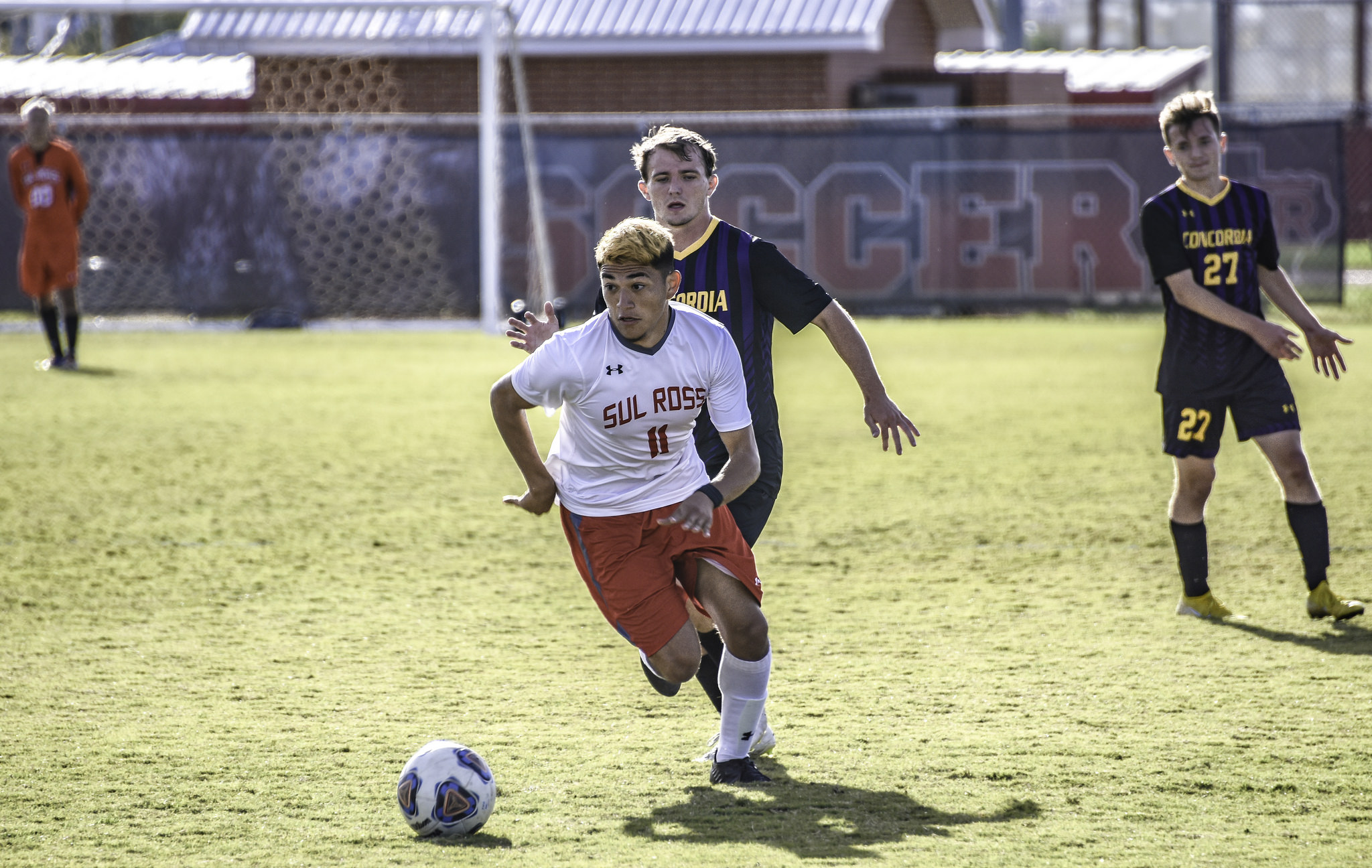 Angel Pardo scored the lone goal for Sul Ross in the 71st minute of the second half as visiting Concordia claimed a 4-1 ASC victory over the Lobos Thursday, Oct. 25.

The Tornados put up three, unanswered goals in the first half as Concordia’s Omar Aguirre banked on a header off a corner kick at the 5:04 mark.

A chip shot under the goalie by Joel Abrego at the 14th minute extended the visitor’s lead by two.

Aguirre struck again at the 32nd minute with a goal into the right corner for a 3-0 Tornado lead that extended to the break.

Aguirre then posted his team-leading 13th goal of the season in the second half off a free kick over a three-man Lobo wall for a 4-0 lead at 58:17.

Pardo’s header narrowed the Lobo deficit to three with an assist by Jose Luis Originales but the Tornados prevailed for the 4-1 win.

The Lobo men will close out the season with a 3:30 p.m. kickoff against visiting University of Mary Hardin-Baylor.