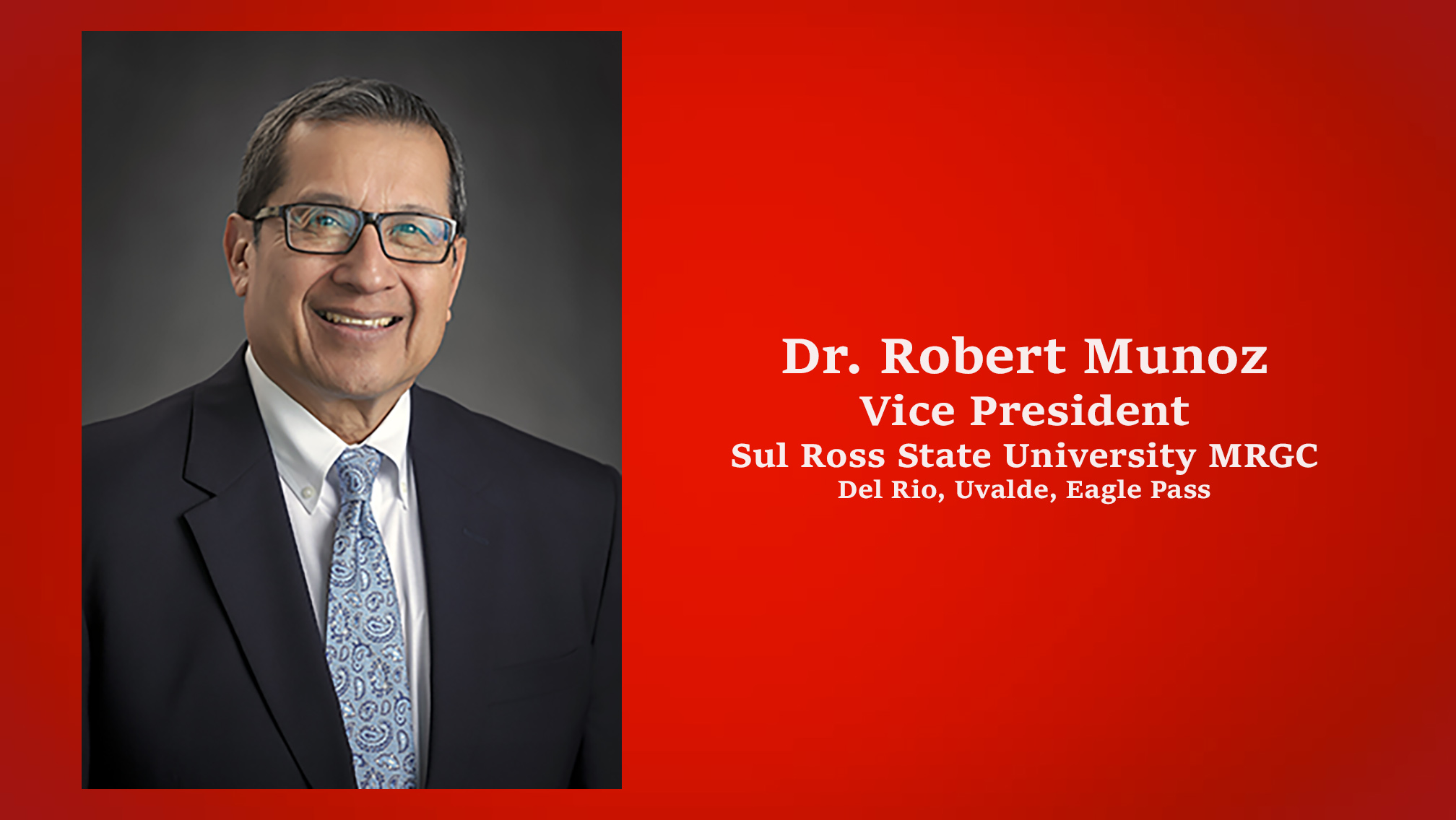 Dr. Munoz will begin his new position on June 1.

“We are excited and pleased that Dr. Munoz will bring his extensive higher education experience to Sul Ross State University,” said President Bill Kibler. “He brings excitement, an engaging communication style and extensive leadership experience to this position and I look forward to working with him.”

“We think the future is bright for higher education in the Middle Rio Grande region of Texas as Sul Ross and Southwest Texas Junior College work together on new directions to meet the higher education needs of these communities,” he said.

”I am deeply humbled and excited to be selected for this position,” said Dr. Munoz. “To return and serve the institution-that afforded me an opportunity to earn my Masters Degree as a working professional- is an honor. I look forward to working with the great faculty, staff and administrators at Sully and Southwest Texas Junior College to serve our students.”

Since 2008, Munoz has served as Vice President for Community and Industry Education and Executive Director of Community Education and Engagement at the Trinity River Campus (TRC) of Tarrant County  College in Ft. Worth.

Prior to his arrival at TRC, Dr. Munoz served as an instructor and administrator at Odessa College (OC) for 16 years.

During his tenure at OC, Munoz worked as an instructor of management and also served as Department Chair of Management and Business Administration.

From 1993-1999 Munoz provided leadership and strategic vision to advance the department’s research and teaching.  He led the department to an exemplary rating by the Texas Higher Education Coordinating Board and collaborated with the City of Odessa in offering leadership training to staff members.

Munoz was then promoted to Dean of Continuing Education where he oversaw annual planning functions including development and launch of new programs, enrollment growth, technology, non-credit opportunities, grants, compliance, research and services.

He successfully expanded workforce programs to provide an inclusive work and learning environment for incarcerates at a federal prison in Pecos.

Munoz also served as Dean of Workforce and Technical Studies at OC.

In that capacity, he managed overall operations and budgets and reviewed and identified cost-effective and efficient use of departmental resources. Munoz also expanded program services to Presidio to create opportunities for continued education.

Munoz earned his Bachelor’s of Science in Criminal Justice from the University of Texas at El Paso in 1977.

He then received an Associate’s Degree in Applied Science from Odessa College in 1983 before earning his Master’s of Education in Counseling from Sul Ross in 1997.

He went on to receive his Doctorate in Educational Administration in 2007 from New Mexico State University.

Munoz is the 2014 recipient of the Ft. Worth Hispanic Heritage Award.

Other honors and awards include:

Dr. Munoz is currently a Cabinet Member of the Tarrant County United Way.