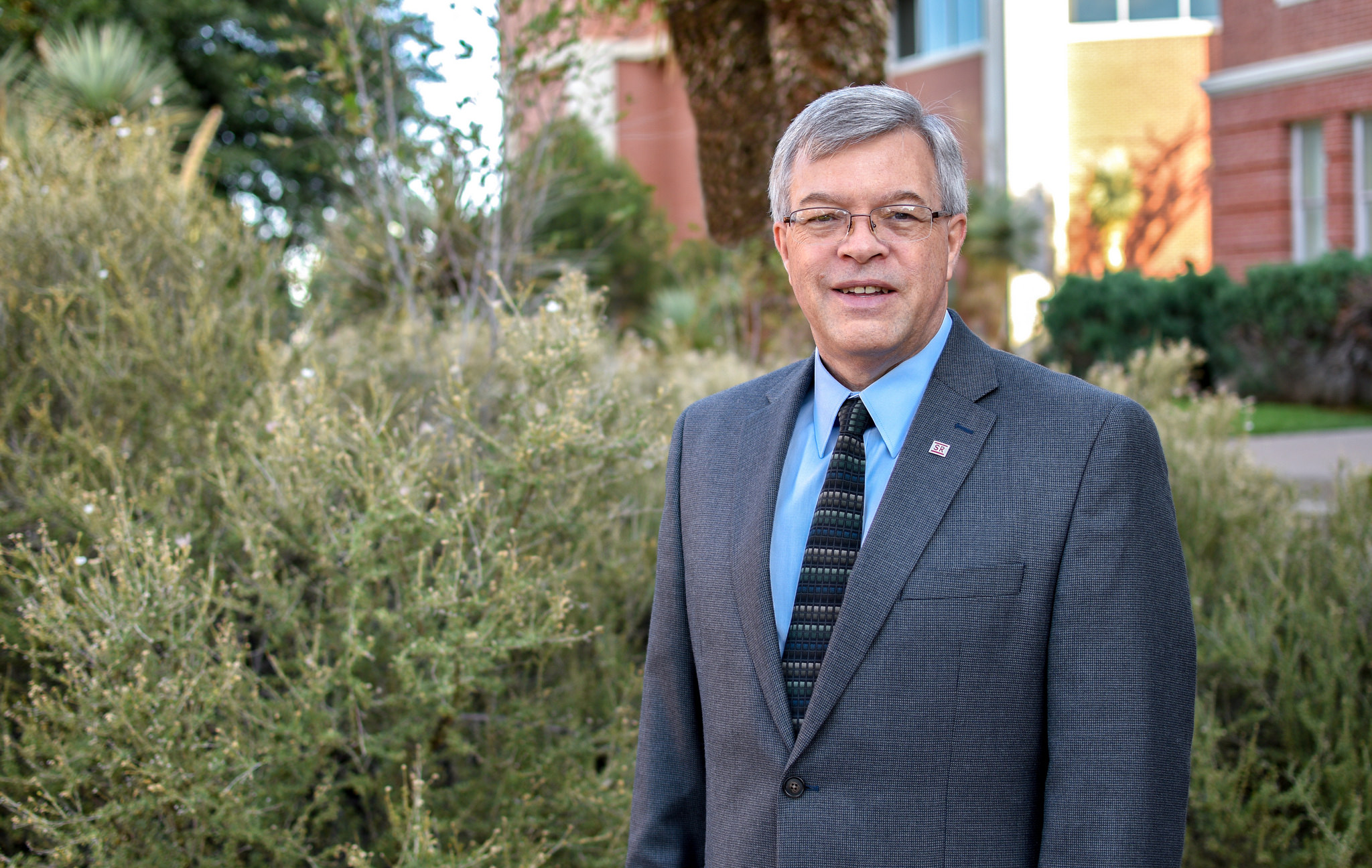 Now working out of the Alpine campus’ Graduate Student Center, Kinucan is already collaborating with graduate students and their faculty mentors to make the student experience as streamlined and rewarding as possible.

“The Graduate Student Center has been very successful at providing a suite of services to aid graduate student success,” he said, “and I foresee us building on that success with enhanced services such as updated technology access, training, and broader thesis support.”

To promote current research by both graduate students and faculty, Kinucan sees one of his first tasks as publicizing previous scientific achievements at Sul Ross.

“I think people would be surprised at the amount of research conducted here, and the quality of that research,” he noted.  “Historically, research has had a pretty low profile at our institution, and that’s understandable given our history and mission as a teaching college.  But, we have always had a small, dedicated group of world-class scientists.”

One prominent name on that world-class list is Dr. Michael Powell, a Sul Ross distinguished professor emeritus and director of the University’s A. Michael Powell Herbarium.  Powell retired from full-time professorship in 2003 but has continued to curate the world-famous Herbarium named in his honor.  He has also continued to publish highly regarded scholarly works, further cementing a research legacy which has stood out to Kinucan for decades.

“When I arrived at Sul Ross in 1988, Dr. Powell was already recognized as a leading authority on Chihuahuan Desert flora through his teaching, research, and publications, and that reputation has only grown.  I consider him the world’s foremost authority on our desert taxa.”

For a new generation of Sul Ross research successes, Kinucan highlighted the work of Dr. Louis Harveson, who on August 17 was selected for the Texas State University System’s Regents’ Professor Award, the System’s highest honor.  Harveson is a professor of natural resource management and the Dan Allen Hughes, Jr. Endowed Director of the Borderlands Research Institute (BRI), an organization he conceived, launched, and nurtured while at Sul Ross.

“The work Dr. Harveson has done, along with the faculty in the Department of Natural Resource Management though the BRI, is significant and has profound impacts on the management of natural resources in the Trans-Pecos and beyond,” noted Kinucan.  “Numerous talented researchers now utilize the BRI.”

He also lauded the achievements of Andy Cloud, director of the Center for Big Bend Studies, and Dr. Chris Ritzi, professor of biology and chair of biology, geology, and physical sciences.

“Andy Cloud and his excellent staff are making new discoveries about the ancient people that occupied the Big Bend, their cultures, tools, and foods.  Their discoveries at the Center for Big Bend Studies have been groundbreaking.  And the important work done by Dr. Ritzi and his biology students on salt cedar has demonstrated the effectiveness of biological control agents on that invasive species.

“Dr. David Rohr, an emeritus professor of geology, is yet another name on that world-class researcher list for his work in paleontology,” Kinucan added.  “I could go on and on.”

Research accomplishments such as these, have left the former dean of agricultural and natural resource sciences and professor of natural resource management with no doubt as to the identity of Sul Ross’ most important resource: the people.  And as associate provost, Kinucan knows those people will ultimately be his overarching focus.

“Over my 30-year career at Sul Ross, I’ve developed an understanding and appreciation of the talent and accomplishments of our students and faculty.  Using that background, I hope to enhance both our graduate student success and the renown for our research programs.”