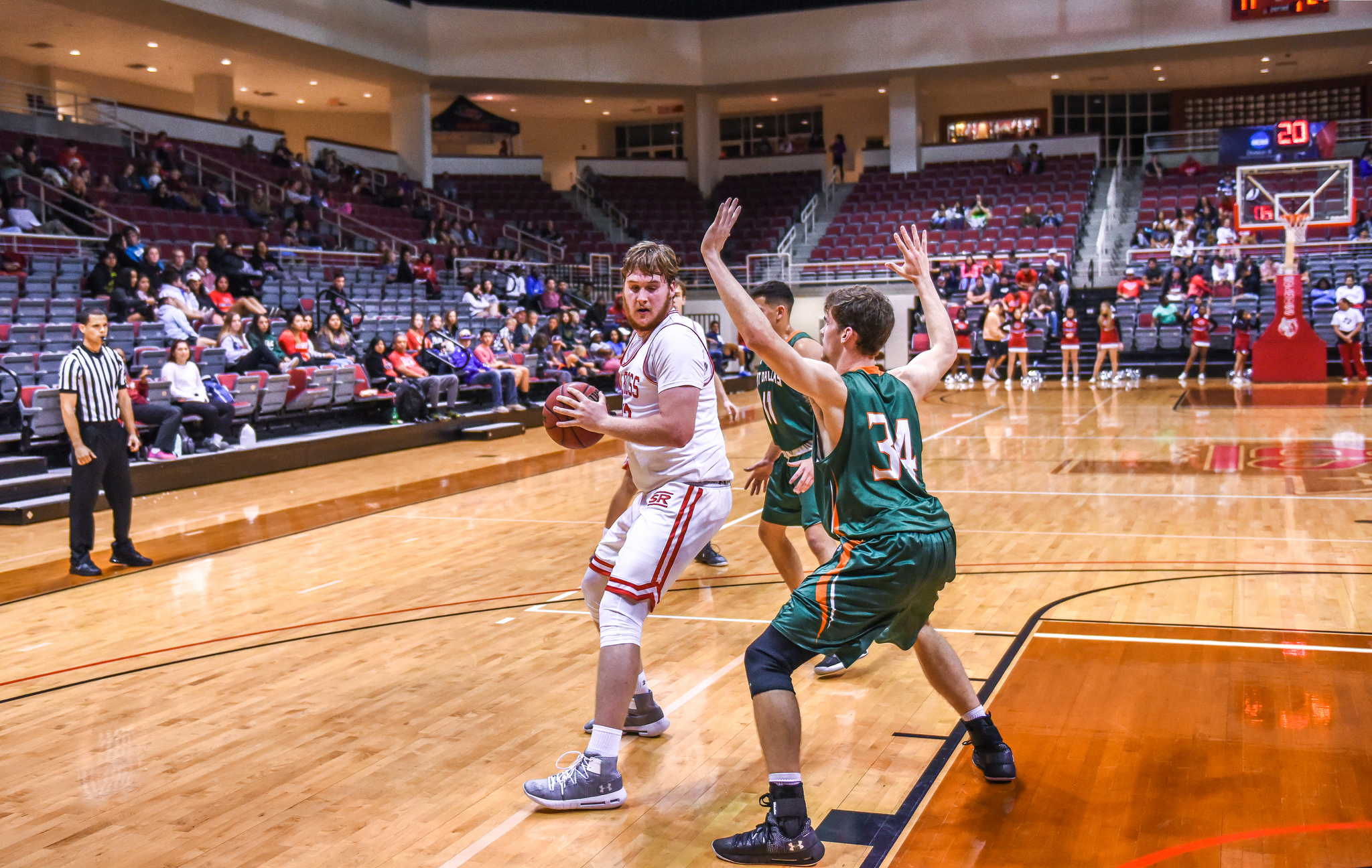 CLARKSVILLE, Ark.- The Sul Ross State University men’s basketball team jumped back on the winning track Saturday with an 82-73 American Southwest victory over University of the Ozarks.

B.J. Hollis tallied a team-high 23 points and was just one rebound shy of registering his second double double of the season.

Hollis rang in the opening points for the Lobos with a three-pointer for a 3-2 lead with 17:30 remaining in the first half.

Another Hollis triple paired with a jump hook by Brayden Fry gave Sul Ross two six-point leads before Jezreel Griffin connected from long distance for a 14-7 advantage at 12:56.

Sully closed the period with another triple by Avery to beat the buzzer for a 34-27 Lobo lead heading to the half.

Avery then capped a 7-0 run with a step back jumper giving the visitors a 41-31 advantage with 16:22 remaining in the second half.

Following a brief scoring spurt by Ozarks, Sully broke back out to a double digit lead with a Hollis three ball for a 46-36 lead at the 13:49 mark.

Ozarks pulled to within six, three different times down the stretch.

The Lobos held the momentum, however, allowing the Eagles to make a final push, but two foul shots by Conner Dawson in the final 20 seconds sealed the 82-73 Sul Ross win.

Jack Kirkpatrick posted 17 points on the day while Fry and Avery supplied 13 and 11 points respectively.