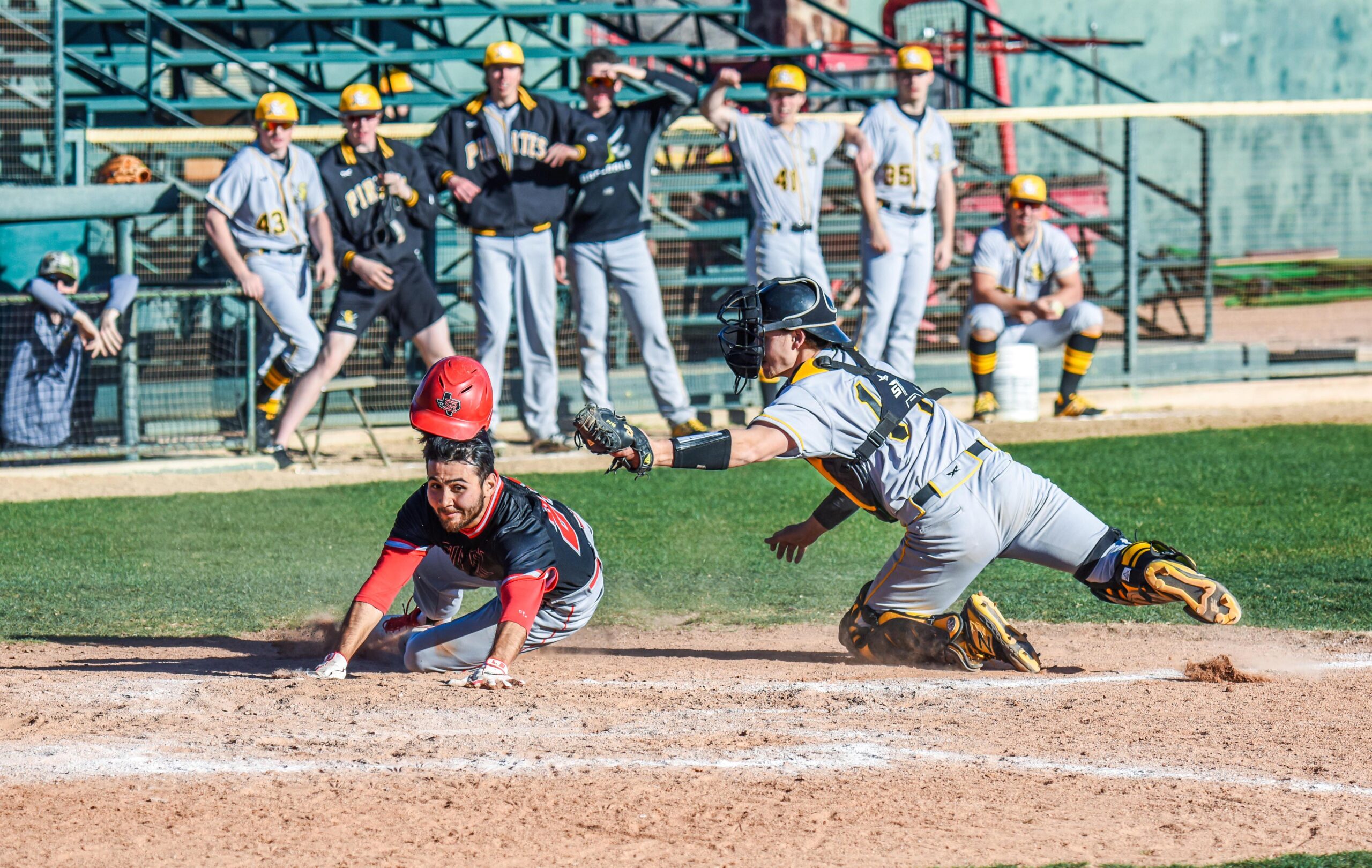 The two teams combined for 26 hits with 14 going to Southwestern.

The Pirates recorded two runs in the top of the first inning before a sacrifice fly by Chris York in the bottom of the frame scored Bo Justin Martinez and pulled Sully to within one.

Southwestern spread the gap to two with a one-run second before Sul Ross claimed the go ahead with four runs in the Lobo third.

A single by Wesley Moss brought Martinez across before another single by Jacob Pool plated Moss and Tim Johnson.

York then scored off a single by Andres Martinez for a 5-3 Sul Ross lead.

In the bottom of the fourth, Rojo scored on a bases-loaded walk by Tim Johnson. Another sacrifice fly by York then scored Bo Justin Martinez extending Sully’s lead to four.

The Pirates added a run each in the top of the fifth and sixth before a solo home run by Johnson in the bottom of the sixth gave the Lobos an 8-5 lead.

A single by Moss in the next inning then brought Tye Lindsey across as Sul Ross led Southwestern, 9-5 heading to a scoreless eighth.

The visitors tied the game in the top of the ninth while holding Sully off the plate in the bottom half to send the game to extra innings.

Southwestern suffered a three up, three down, top of the tenth which set up a walk off situation for the Lobos in the bottom of the frame.

Lorenz led off the inning with a double before Pool grounded out off a sacrifice bunt pushing Lorenz to third.

Two intentional walks to Andres Martinez and Lindsey then sent Rojo to the plate who knocked in the winning run on a second pitch sacrifice fly for the 10-9 walk off victory.