A Glimpse of the Past: Halloween Traditions at Sul Ross

Halloween has just passed, and it proved a day that many Sul Ross students looked forward to, as they dressed as famous people, movie, book, and television characters, or even scary creatures for a night. The entire month of October (and even into November) is filled with mystery, as leaves begin to fall and pumpkins are carved and lighted. Celebrating Halloween with friends makes the day even more eventful—and the students of Sul Ross State University have been celebrating this spooky day for many decades. Take a look at our spooky traditions as they have evolved and been chronicled in papers past.

Halloween, 1931
The then-annual Alpine Halloween carnival took place on Holland Avenue and was presented by the Parent-Teacher Association on the day of Halloween. People came and celebrated Halloween to see the crowning of the carnival queen, along with princesses and a duchess. Both the queen and the princesses were to be students from the senior high school, while the duchess was to be from the junior high school. Due to the parade not being a part of the program for the year of 1931, all eyes were on the carnival queen.
A football game for local sixth graders was held. Family and friends attended the event, and it was deemed a huge success. Booths filled with candy had to be closed early due to the high demand for sweets eaten so quickly!

Halloween, 1943
A Halloween dance was held by Phi Rho Sigma on Friday night at 8:30 in the upstairs living room of the Band Hall. Masks were required in order to enter and dance along with the music played on a juke box. The winner for the best costume was given a prize for his or her creativity.
At 6 p.m. the parade began marching down the street, initiating the carnival of 1943. School children led the King and Queen in a Jeep through the lively streets. The parade began the court house and continued at Granada Theatre where Edward Kin and Doris Vannoy were crowned King and Queen of the 1943 carnival. 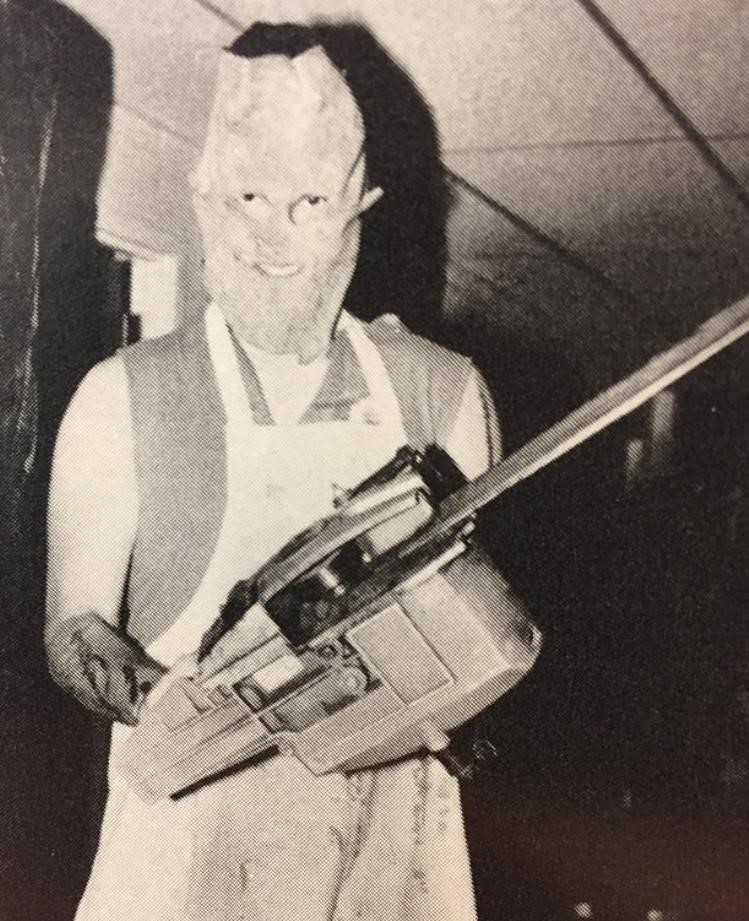 Morelock Academic Building was decorated with green lights in the windows. As well, the sounds of music and incessantly ringing telephones filled the building. The 1987 haunted house was the first one at Sul Ross (a tradition that continues today), and it was organized by the Freshman Leadership Program and the Resident Hall Association. A large percentage of the props came from the Art and Theatre Departments.
Monsters emerged from the dark, causing screams and goosebumps, as noted in the paper. At the entrance, a skeleton beckoned students to enter and discover other scary figures such as Medusa, Freddy Krueger and the killer from The Texas Chainsaw Massacre. 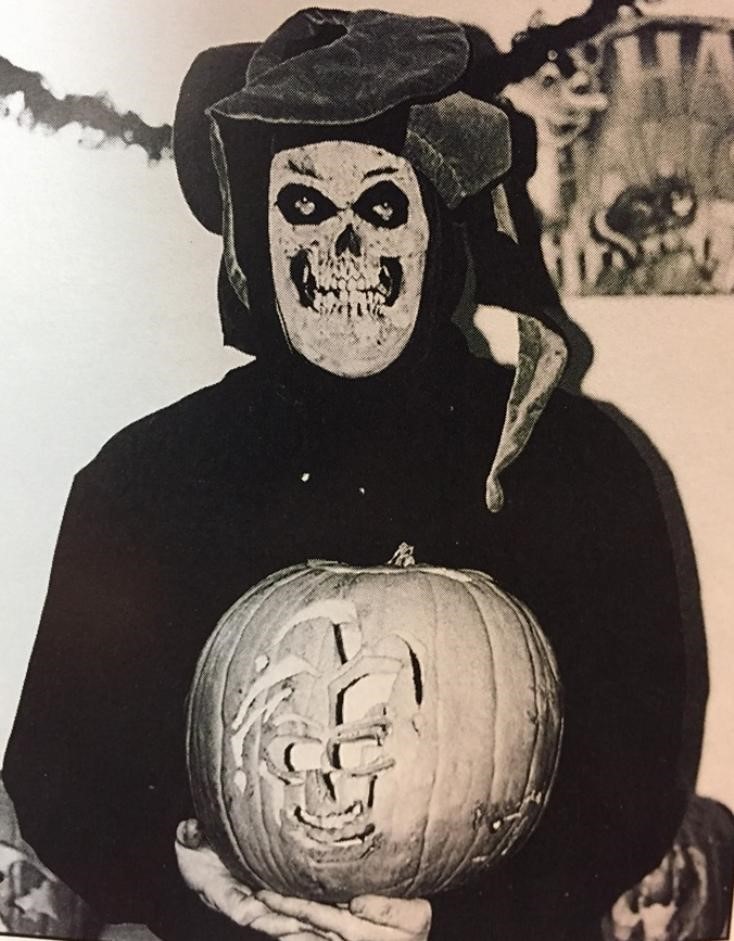 In 2002, some Campus activities included a competition for who wore the best costume, and a pumpkin-carving contest took place in the Mountainside Residence Hall. The city of Alpine featured contributions to the season of decorated lawns, and many stores had plenty of special holiday offers. Sul Ross students enjoyed costume parties, spooky tricks and delicious treats.

’Tis the Season to Pick a Scary Title—and the Library Has Just the Ticket to Treat!