Athletes Are More than Athletes 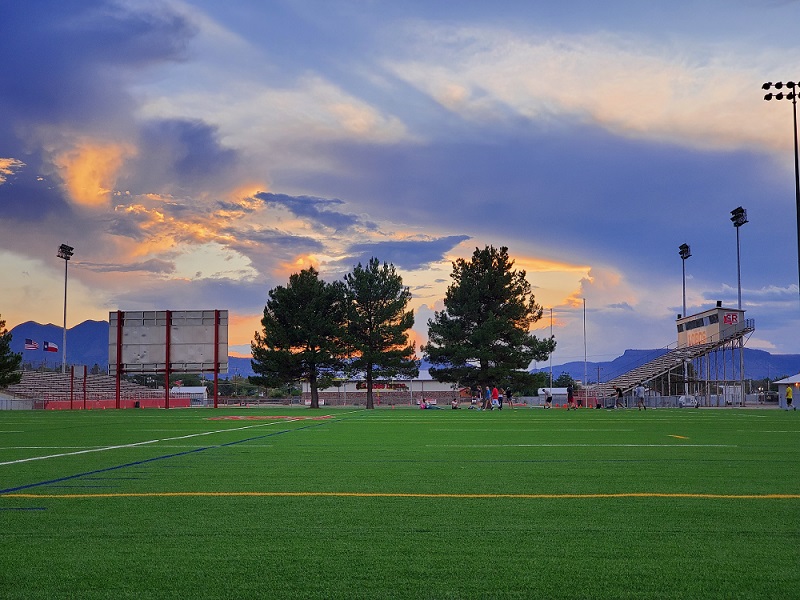 With football in full swing, many student athletes will be busy with early morning practices and team meetings in the afternoons. But, football isn’t the only thing players have to worry about. They also need to make time for their studies in order to remain in good academic standing, without which student athletes are not eligible to play.

I asked James White, a sophomore offensive linemen at Sul Ross, how he balances his schoolwork and football commitments, and he admitted, “I procrastinate really bad from being so tired, and I use the stress of approaching deadlines to get assignments done.” As a student athlete, myself, I can relate to that. There are many times when I put off an assignment until the night before the due date. I’m not recommending this approach.

The Tutoring and Learning Center (TLC) is a great place for student athletes to get help with their assignments. Tutors there are available to help students with every subject, from math to English, from science to history. Tutors can be a student athlete’s secret weapon as they can help us with schoolwork, and, therefore, keep us playing the sports we love. It happens all too often; talented athletes drop out of school after a semester because they fail to succeed and become ineligible to play.

White and I discussed the subject of traveling for away-games, too. “There are usually a handful of missed classes due to away-games where we leave on a Friday and don’t return until Sunday. Professors are usually very understanding and either excuse us from an assignment or give us some leeway to get the assignment done properly,” said White.

Last year, our first football game of the season was an away-game at Arizona Christian University. On the way, the air conditioning in the bus went out. Then, coming back, the bus carrying the offense experienced a tire blow out, which caused a twelve-hour delay in the team’s return to campus. We didn’t get a new bus until the next morning, which meant we didn’t roll into Alpine until eight p.m. that night. We talked about how that was the longest bus ride we had ever been on. This year, we traveled to Louisiana College, which is an eleven-hour bus ride, and to Belhaven University, which is a thirteen-hour bus ride. Not only do we miss classes due to our travel schedule, but it also makes it difficult to make time for studying.

Injuries are also common in the life of an athlete. Some injuries are serious enough to be career-ending. The coaches and training staff make sure players are back to one hundred percent before letting us return to the field. They’re always there if we need anything, and, without them, we would not be able to achieve the one hundred percent we need to be. Some of the more serious injuries players can sustain are broken bones and concussions. Only a handful of our players have experienced concussions, and the trainers do an outstanding job making sure these players take care of themselves. Concussions can lead to serious, long-term effects, including brain damage.

It’s difficult to go to class with an injury because no one likes going upstairs on crutches or having to do anything when they’re hurt. You also have to make sure you get in touch with your professor if you know you will be gone due to a doctor’s visit. One class can put a student way behind everyone else and, before you know it, if you’re not caught up, you may find yourself in academic trouble.

Many people see college athletes as just athletes. But they are more than just athletes.  We are students who get up for early morning practices, who attend classes, stay up late attending sports-related meetings, and study hard so we can keep doing what they love to do the most: play ball.

Giving Thanks for the Calm Before the Storm