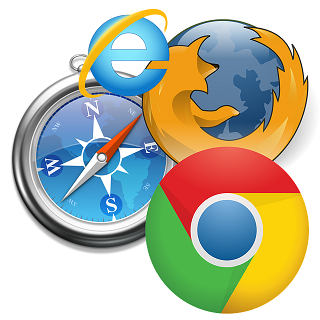 As people around the world stay home to slow the spread of COVID-19, internet usage is on the rise. With many states under a shelter-in-place mandate and despite having nowhere to go, many people still seek social connection. Aside from old-fashioned letter-writing and calling or texting, the internet is the only other way to safely socialize.

Social media giant Facebook reports a 70% usage increase in countries hit hard by the coronavirus and a 1000% increase in multi-user video chats during the month of March. According to a New York Times article in early April, video game streaming site Twitch is seeing a 20% increase in gameplay. According to Eric Yuan, CEO of video conferencing app Zoom, daily users jumped from 10 million in December 2019 to 200 million by March 2020.

In contrast, sports network ESPN has seen a decline in viewership. ESPN attributes the decline to coronavirus-related cancellations of major sporting events.  While sports viewership is down, news consumption is up. Both The New York Times and Washington Post have seen a 50% increase in web traffic over the last month.

Increased internet usage has placed an unprecedented load on network infrastructures. “Everyone’s working from home,” says Doug Suttles, CEO of Ookla, an online network infrastructure for benchmarking internet bandwidth. “There is lots of video consumption, video conferencing. We’ve seen, in select areas, a much larger degradation in performance, specifically in residential areas — dense, residential communities. The commuters are all at home. ISPs prepare for peak consumption in the evening when everyone’s typically home, not such an all-day “overdrive.”

To cope with the increased load, ISPs have begun “throttling,” slowing down internet delivery speeds for customers using high bandwidth services like Netflix. This means that a planned binge-watch in super high clarity on your 4K HDR television may end in disappointing results. ISPs are working proactively to adapt to new usage patterns as home users’ round the clock habits blur the lines between work and home bandwidth consumption. With many elements in internet delivery changing so rapidly, it’s unclear what post-pandemic internet delivery will look like.

Image by Gerd Altmann from Pixabay

The Real Victims of the Tiger King

Music to Quarantine By