Dust Scattered in the Wind 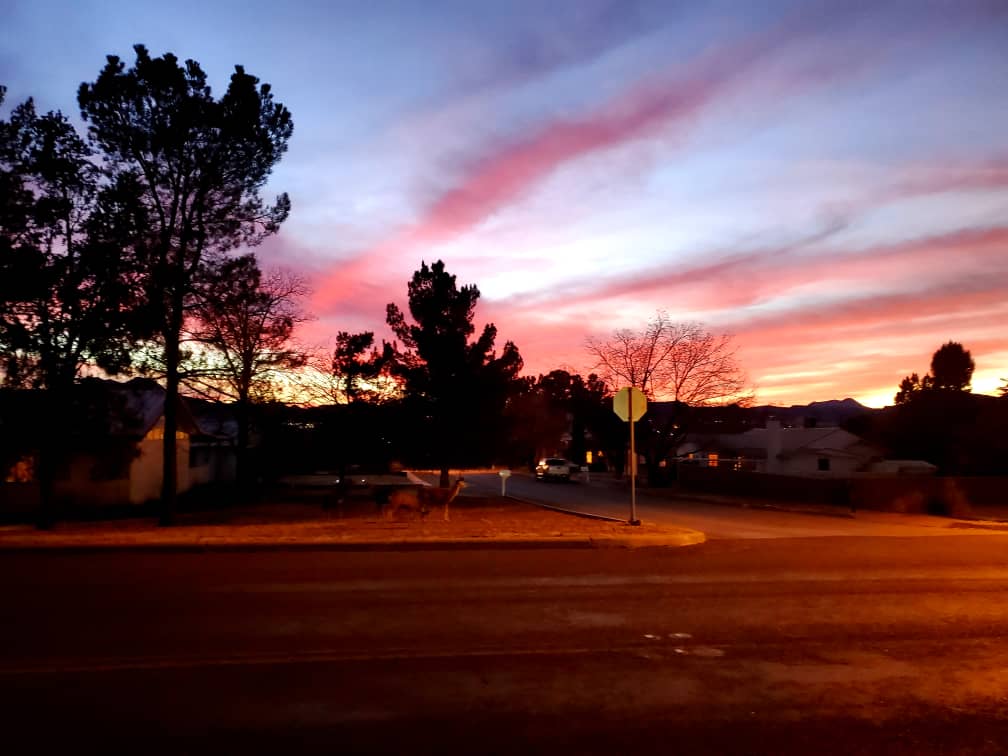 Cyril patiently waited from the church´s rooftop. It was only a matter of time until the others arrived, so he decided to get out for some fresh air; Cyril shifted, and the tiled roof scraped at his bare feet. He looked at the mountain ridge, trying to escape the dread that welled up inside him. It was early morning; a chilly breeze hit him to the bone, and the sky was barely tainted in the dawn´s enthralling pink, yellow, and purple hues. His gaze returned to the field below him, as orange trees swayed and the soft flutter of leaves whispered. The park was almost empty, the only exception being a small group of people who, if his observations were correct, had pulled an all-nighter. They sat at one of the benches, half-asleep and laughing like crazy people, all sharing some cheap breakfast. Cyril had seen them during the night’s late hours before, wandering around the town, and messing around. He found it quite charming.

The sound of footsteps interrupted his train of thought, as Brent joined him, sitting on the edge of the rooftop. “Why aren´t you admiring the paintings and shit?” asked Cyril. His old friend shrugged and let out a soft chuckle, holding his hand out. Cyril took it, slowly running his thumb through it. It was slightly coarse, and the green scales reflected the faint shine of the rising sun.

“I got worried. You´ve been out here for a good seven hours,” Brent answered after a while.

“You´ll be happy to know, no one else has arrived,” Cyril thought of saying sorry but decided against it. There was no point in apologizing for something that was not in his control.

Brent sighed dramatically. “How do they do that? Like, look at them! They should be sleeping, if not studying, but here they are. Having breakfast after a sleepless night.”

Cyril couldn´t hold back a smile; as usual, time alone helped him think and overthink, and, on this particular day, he decided to ponder about humans. Thinking back on his own internal monologues, Cyril said, “They should be doing other things right now; in that, you´re right. But they decided to come here, to spend time with each other and use the little money they have on crappy food. They were playing a game of sorts before, and they were absolutely losing their shit.” Cyril rested his head on Brent´s shoulder, a soft smile taking over his face. “They are in love with each other. Not romantically, but still a type of love. And this is how they show it.”

“Or,” Brent added, “they are procrastinating. They´re college kids—you think too highly of them.”

Cyril nodded in agreement. He probably was, but he was happy to be the eternal optimist of the two of them.

Brent left a soft, resounding kiss on Cyril´s forehead. “Based on how you always speak of them, I´d say… It´s like you´d rather be human.” He stood up, patting the dirt and dust off his cape. “We should be going.”

Cyril nodded once more, closed his eyes and took in a deep breath. It was impossible, of course, to lead a normal life. He could never be like the kids down there; he could never have one of those small moments where you think, Wow. This is it. This is the happiest moment of my life. He could never have a short breakfast under the stars. When he opened his eyes, it was as if that dream crumbled away, like all of them had. He walked alongside Brent towards the dome, smoothly moving through the crooked roof. Brent hummed a gut-wrenching melody as he took off his shoes.

“Will you shut up with that?” Cyril put his hand over his friend´s shoulder, “There´s no need to be nervous. You´ve always been good at this. Besides, you know I hate that thing.”

Brent faked a pained face, dramatically taking Cyril´s hand off his shoulder. “I thought the old soul here was you. This is a betrayal to our one and only queen.”

With the sound of tearing fabric, spreading out from where his cape once was, like golden branches joined by narcissus membranes, a pair of wings proudly outspread. Cyril rolled his eyes and focused, feeling a sharp pain coming out of his back, cruelly accentuated by the cold wind hitting at him. The sharp cartilage came out through his skin, making its way through bone and flesh, a warm liquid dripped down his back. Cyril could see in the reflection of the glass dome his wings, a creep-inducing sight, as it had been well over five decades since he last saw them. The ware and tear visible, as the beautiful emerald color that they once had was now almost a mint green.  The cartilage was stained and nearly broken, and there were a couple of holes on the membrane.

Brent entwined their fingers together. “They´re beautiful. You know that, right?” Cyril forced himself to nod, as Brent´s wings slowly started to flap. Cyril could feel his heart in his throat as tears welled up in his eyes. He needed to throw up, but Brent´s grip was too firm. “Look at me,” Brent said, pressing his fingernails against Cyril´s palm. “You know that everything has an end. Everything but the sky. Just follow me.” And with that, Brent slowly took off, pulling Cyril with him. He felt his feet leave the ground, and Cyril allowed himself to steal a final glance. The beautiful, bright, blue sky, finally started to overtake the warmer tones of the dawn. The kids in the park began to load up their things to a car before driving away. The things that he thought, for a moment, wouldn´t go away, had finally come to an end.

Cyril turned away from everything:  from impossible dreams, from the toxic thoughts that haunted him, and, finally, from Brent´s grip. Cyril’s wings were still strong enough to hold him. They rose up, beyond the comforting sight of solid ground. They disappeared in the sky, and only then was Cyril able to become what he dreaded he was always meant to be.

Cyril turned into the same thing he always understood dreams become—a nothing more than dust scattered in the wind.