It’s Hoops Time on the Hill 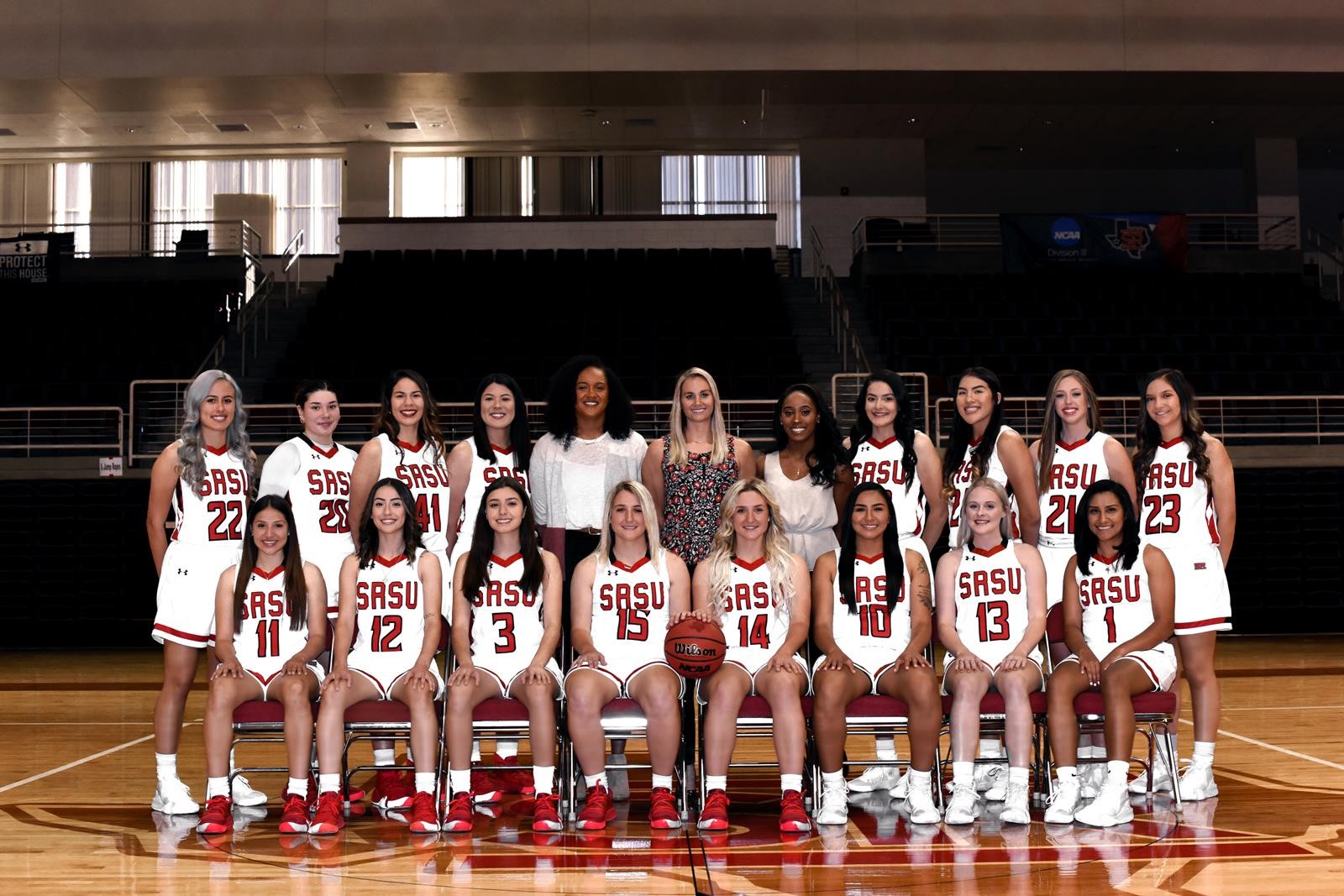 “It is the most wonderful time of the year,” and so goes the 1960s Christmas song popularized by Andy Williams and still sung and hummed by countless of us as the seasons change to winter.  The weather is getting cooler.  The holidays are just round the corner, and final exams are looming as an usher to the semester break.

And what else wonderful is happening up here on the “Hill”?

Hoops time, of course!  The hardwoods are polished and cleaned.  Players are lacing up their new high-tops, because basketball practices have already begun in preparation for this next awesome season, which is just underway.  Coach Katie Novak and Coach Clif Carroll are busy teaching, training, and molding these student athletes into successful young women and men, on and off the courts.  Our Sul Ross Lobo basketball student athletes are learning the dedication, heart, determination, and endurance they will need to be successful this season and beyond.

The Lady Lobos are a young team this year with one senior, two juniors, four sophomores, and nine freshman.  This year feels different from recent seasons, and this contributor (the daughter of a coach who has been watching this team for more than a year) believes these women will exceed past season performances.  I had the privilege of watching their first home game on November 9th.  While it was a close loss by four points, these women should hold their heads up high.  The communication on the court was strong and consistent, and the team enthusiasm feels completely palpable.  Coach Novak speaks positively about this season saying, “We have a young team this year, but a group that is hardworking and eager to learn.  I love the leadership in our returning players, and I expect this team to grow a lot throughout this season!”  Coach Novak is positively changing team standards and equipping these women with the tools to be champions.  Coach Novak coaches with grace and calm under pressure with a demeanor about her that earns the respect of her players and staff.  I look forward to this season as this young team hits the court and establishes a tradition of success for Sul Ross Women’s Basketball. 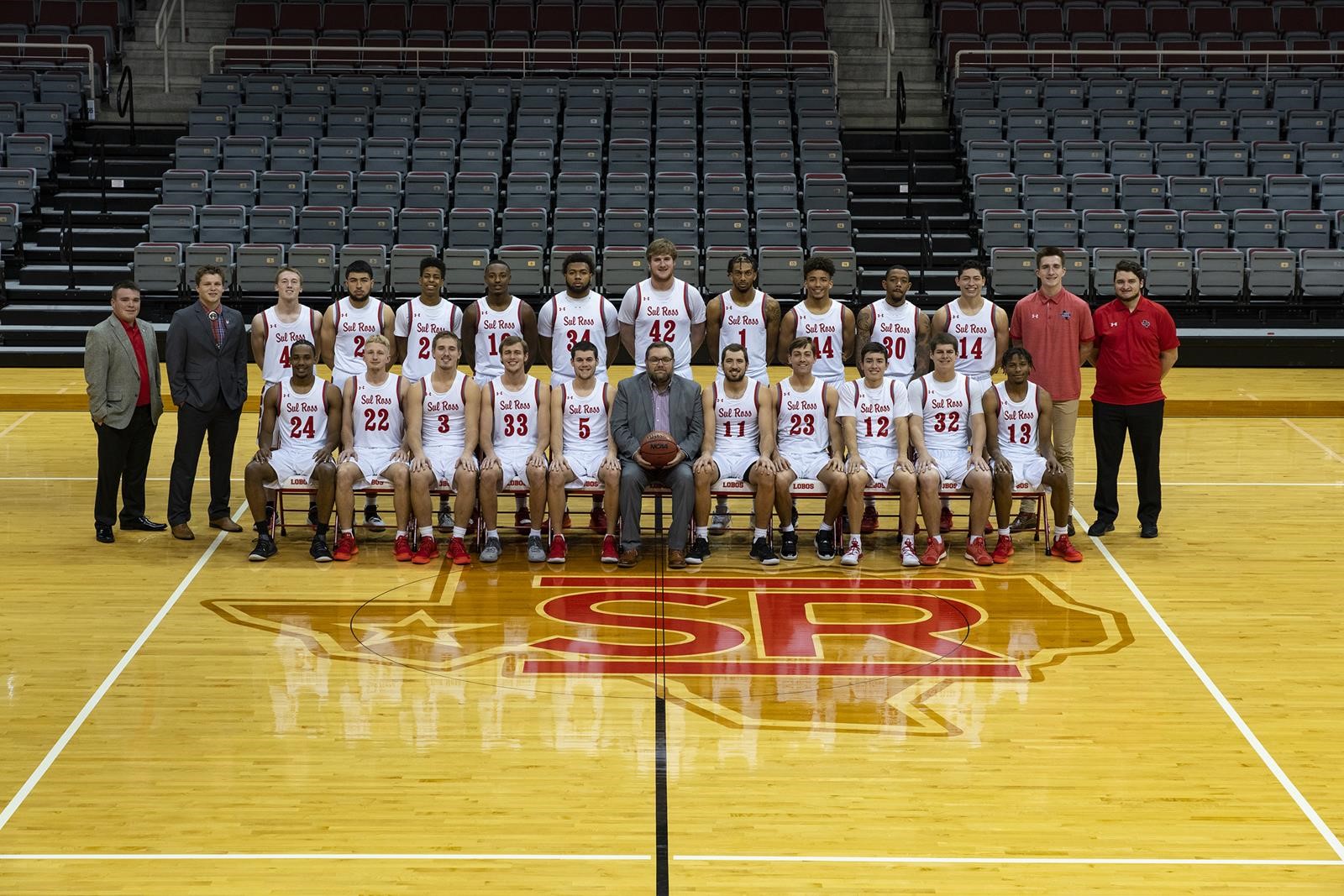 The Lobos Men’s Basketball team, coached by Clif Carroll, is full-steam ahead in practices in preparation for their season play to begin November 19th.  At press time, the coaching staff is establishing the final team roster and making final decisions as to which players will work best in team play to provide stability and steadfastness moving forward toward a winning season.  Two years ago, Coach Carroll led the Lobos to the ASC Men’s Championship.  While we didn’t make it back last year, the team moves forward this year in focused pursuit of again returning to the ASC Championship.  Coach Carroll says, “We are excited about this season.  We love the Sul Ross and Alpine communities and the support we get.”  Although the men’s roster is not yet set, we suspect we can count on seeing some familiar faces on the court return from last year.

Let’s fill the Gallego and show support this season.  After all, it is the most wonderful time of the year.

Be sure and tag student publications with pics and selfies at the games under the hashtag #BackthePack!  And follow us on Facebook @ SRSU Student Publications the Sage & Skyline and Instagram @srsuthesageandskyline.