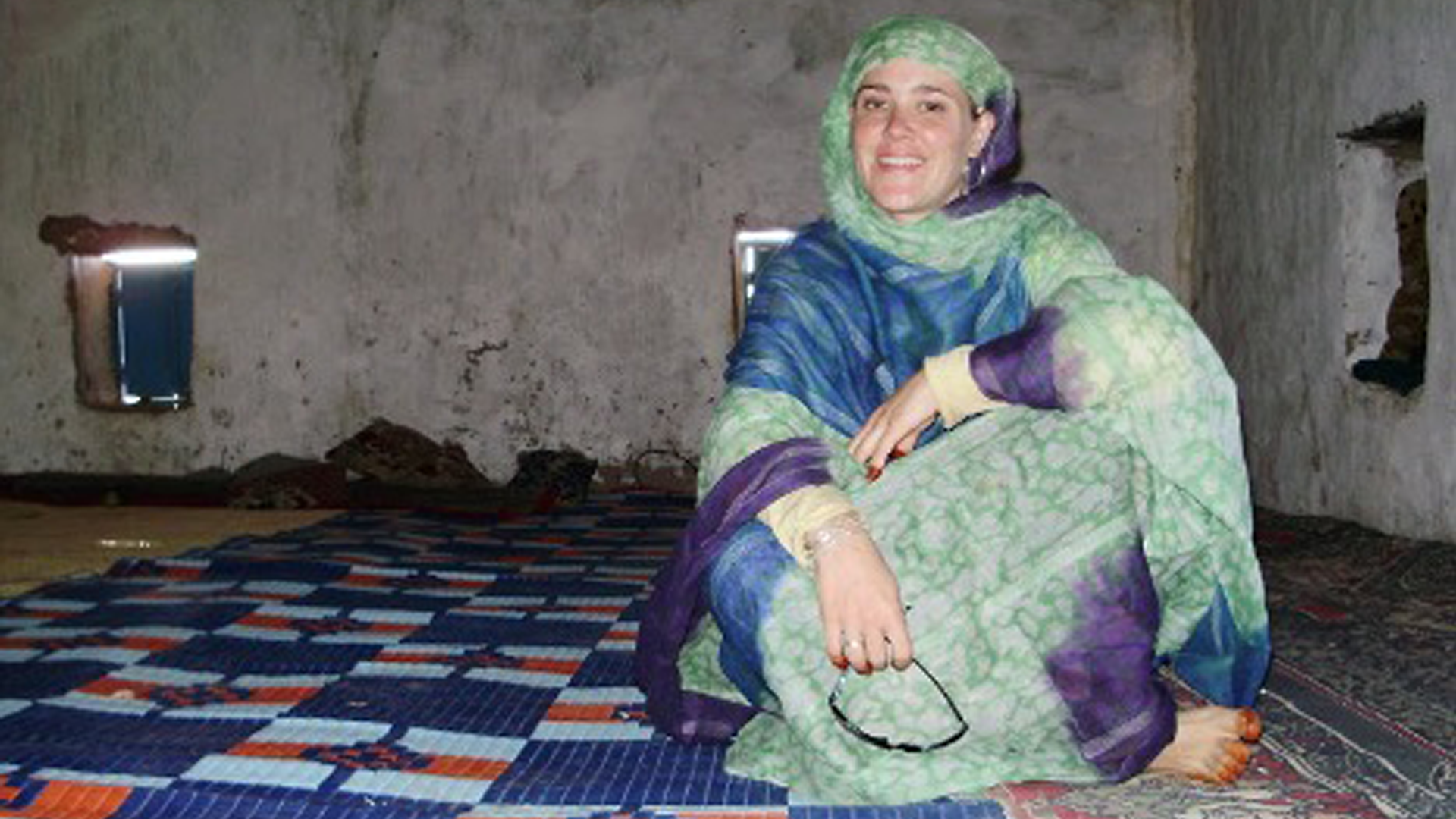 Heather Rickleff, a returned Peace Corps volunteer, went to Africa to serve in the Islamic Republic of Mauritania from 2007-2009.

Of the experience, Rickleff said the daily life with locals consisted of “Tea drinking many times a day, tending to farms and date palm trees, socializing with neighbors and family, and cooking couscous from scratch for late dinner every night.”

Rickleff served as an Agro-Forestry Volunteer and worked in the gardens with many people in her village. She also helped the community establish native tree nurseries and taught them to use natural homemade pest control instead of pesticides.

As Peace Corps Volunteers can work with other sectors in their community, Rickleff also worked with the Health sector to do an informal health education on the importance of handwashing and worked with the Community Development sector to build a fence around the local school.

“You don’t really get days off, per se, as you are always a volunteer. However, some days were more restful than others. We could take little trips at times within the country or to the regional capital to spend time with other volunteers,” said Rickleff about her weekly schedule.

Being a woman in the Peace Corps presents specific gender challenges.  For instance, it is important to know how to handle menstruation cycles in a developing country. Rickleff recalls how, in Mauritania, stores as we conceive of them in the U.S. did not exist; rather, little booths sold a few supplies.  Unfortunately, those did not offer menstruation products.

“I think a lot of [Volunteers] bought their supplies or had them shipped by their families from the United States. Peace Corps really encouraged using the Diva Cup,” said Rickleff.

Many women in the Peace Corps also took birth control to help them minimize their periods. The only thing that was more challenging than handling a period was going to the bathroom with no toilet paper, said Rickleff.

It is common for Peace Corps Volunteers to experience culture shock when arriving in a new country. Rickleff remembers how Mauritania’s culture is very different from American culture.

“I was surprised to see such minimalist living,” said Rickleff. Most homes in Mauritania are one large room with low windows to catch breezes passing through.  These houses held no furniture. Instead, they offered thin mats for sleep as well as dining.

In Mauritania, women tended to socialize with other women and would hold hands and lounge around each other; men would typically do this exclusively with other men, as well. It was also more common for the men to do the agriculture work, not the women.

“It was challenging at first, but it was easy to adapt to the cultural requirements. And I was accepted into the community—even by all of the men I worked with—because I maintained a professional stance in my volunteerism,” said Rickleff when detailing her culture-shocking experience.

Like many Peace Corps Volunteers, Rickleff learned new skills that she could never learn in America. “I learned the language of Hassinaya, a dialect of Arabic. That is something I would never learn here,” said Rickleff.

Living in a new country with a different culture, it is common for Peace Corps Volunteers to feel homesick. Rickleff describes that she often missed home, but, when her father came to visit her in Mauritania, her host family threw a big celebration with music, dancing, and food and invited the whole village to surprise them when Rickleff and her father returned. “That was really special,” said Rickleff.

Even though they are in the same federal agency, each Peace Corps Volunteer has their own unique experience to tell. They all have different problems within their communities, but they all help their communities solve those problems.

A Peace Corps Volunteer has to be motivated, determined, and dedicated to their host-communities. However, some may argue that these Volunteers should stay in America to help their own people.

To this, Rickleff replies, “The motto of the Peace Corps couldn’t be more true: ‘It’s the toughest job you’ll ever love,’ and the goals set out by John F. Kennedy are still important today.

“On September 22, 1961, Kennedy signed congressional legislation creating a permanent Peace Corps that would ‘promote world peace and friendship’ through three goals: (1) to help the peoples of interested countries in meeting their need for trained men and women; (2) to help promote a better understanding of Americans on the part of the peoples served; and (3) to help promote a better understanding of other peoples on the part of Americans,” Rickleff said.

After reading about these Returned Peace Corps Volunteer stories and are interested to learn more about the Peace Corps or interested in applying, click this link to schedule an appointment with Joshua Castro.

This story is the third of three pieces in a series featuring Peace Corps opportunities.