What Should I Binge Watch Next?

I am sure some of you have come across the same tragic problem I have. Finishing a series and then sitting in the abyss, feeling empty when it’s done. Finding something else to watch next can prove overwhelming—so many options are out there. The Skyline’s got your back.  To help with this devastating problem, I put together a list of some of my favorite shows and some suggestions from friends. I learned that a good way to get over the feeling of emptiness after binging a show is to immediately dive into the next one.  So, with suggestions from my friends and family, here are some shows I have enjoyed—they’re all available on Netflix!  I even categorized genres for you and, in a bid to impress faculty, created a cool outline.  Salut! 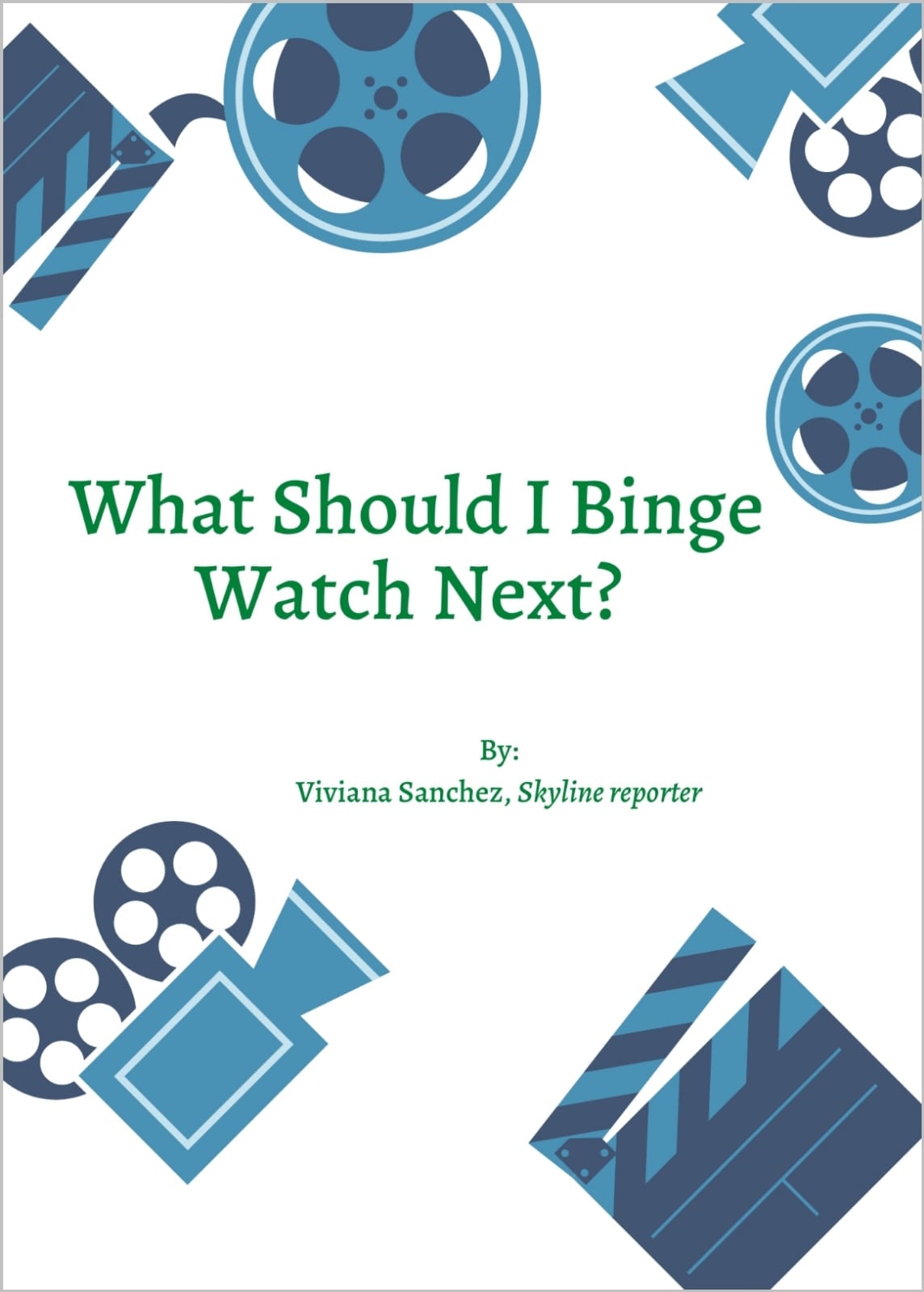 a. The Haunting of Hill House

This show is a modern version of the novel by the same title. It is about siblings who, as kids, grew up in one of the most haunted houses in the country. Events lead them to come back together and face the “ghost” of their past. This series is not very long (ten episodes, each an hour long), but it is very well paced.  If you love scary movies or shows, you will LOVE this one. It is filled with the supernatural.

I will say this series is more popular than the previous. It also features multiple seasons, with each season featuring a different theme.  The first season takes place in a haunted house (It’s very gory and graphic, but. if you like that kind of thing, you’ll love it).  The second season takes place in an asylum during the 1950s. They season premises are all different, so I enjoyed some seasons more than others.  If you like graphic and gory tales of the macabre, then this is your show.

This series is about Dexter Morgan, a “blood splatter” expert who works for the Miami police department helping to solve murders. However, he doesn’t just solve them, he also he commits them. Dexter is a serial killer, but he believes he kills only guilty wrongdoers so feels justified. This is not an action-packed series. It is mostly cerebral, but there is gore, as Dexter cuts up his victims and throws them into the ocean.  Fun for the whole family (jk).

I love the costumes and setting era of this show! This series is based in the 1960s in New York City. We follow the life of Don Draper as he works during the height of the ad agencies and their power of the time. If you are into drama, you will love this show. It features power brokers and relationships, creative genius and navigating personal journeys of reinvention and growing with a times that “are a-changing.”  You get a glimpse into what it was to live glamorous and powerful lives in the  1960s Manhattan. Its dark and uplifting (if that is possible)—and never dull.

I loved reading the graphic novels on which this show is based, so, when I heard they were being adapted into a TV series, I was super excited—but also skeptical of how it was going to turn out (it’s always dicey when you’ve really loved reading the original literature to watch the adaptation—expectations are so high!).  I can say the show completely meets all my expectations! It’s kind of like the X-Men movie series: Billionaire adopts seven children who are raised to help save the world. However, as they grow older, they disband but certain circumstances happen that bring them back together.  Don’t sleep on this one—it’s great!

Based on real life events in the life of Queen Elizabeth II, this is a historical dramatization offering a glimpse not only into the daaily life of the royals, but in the history of Elizabeth’s reign as the longest serving monarch in British history. It is VERY well done. The series starts in the 1950s at the beginning of her reign as Queen, post WWII, offering flashbacks to prior to her reign as she is trained by her father to take the crown. If you love modern history, I think you will love this show. It is realistic, yet more character-driven than a documentary. But, it almost feels like watching history happen right before your eyes.

This show is hilarious! I will say it is a little racy and there is a lot of nudity but its most excellent comedy. The series revolves around a high school kid discovering and struggled with his sexual life.  What heightens the humor and the conflict is the main character’s contrasts against his experiences and those of his mother . . . who just happens to be a sex therapist. That alone should tell you that this is an interesting show.

b. Always Sunny in Philadelphia (Hulu)

Okay, so this one is on Hulu.  Tis series is an inversion of sitcom tropes with a core of humor. Most of the episodes start like classic sitcoms but then, in the middle, offer a twist that turns into SOMETHING else. This is a very good sitcom and comedy. At the end no actual traditional plot is developed throughout the show.  Instead, it ends up being just about a group of friends plotting their next adventures and schemes.

This show is about a very religious girl in high school who tries to understand more about the world, to lose her virginity, and to fall in love all at once. It is a very interesting and funny as a situational piece. The series features some crude humor and moments that are awkward—but in a clever way. I do recommend watching this one.

I hope you guys enjoy my favs, especially now that we are all social distancing—let us know what you think or make your own recommendations by tagging us on Facebook at  SRSU Student Publications “The Sage” & “Skyline”  or on Instgram at @srsuthesageandskyline  #sullybinge!