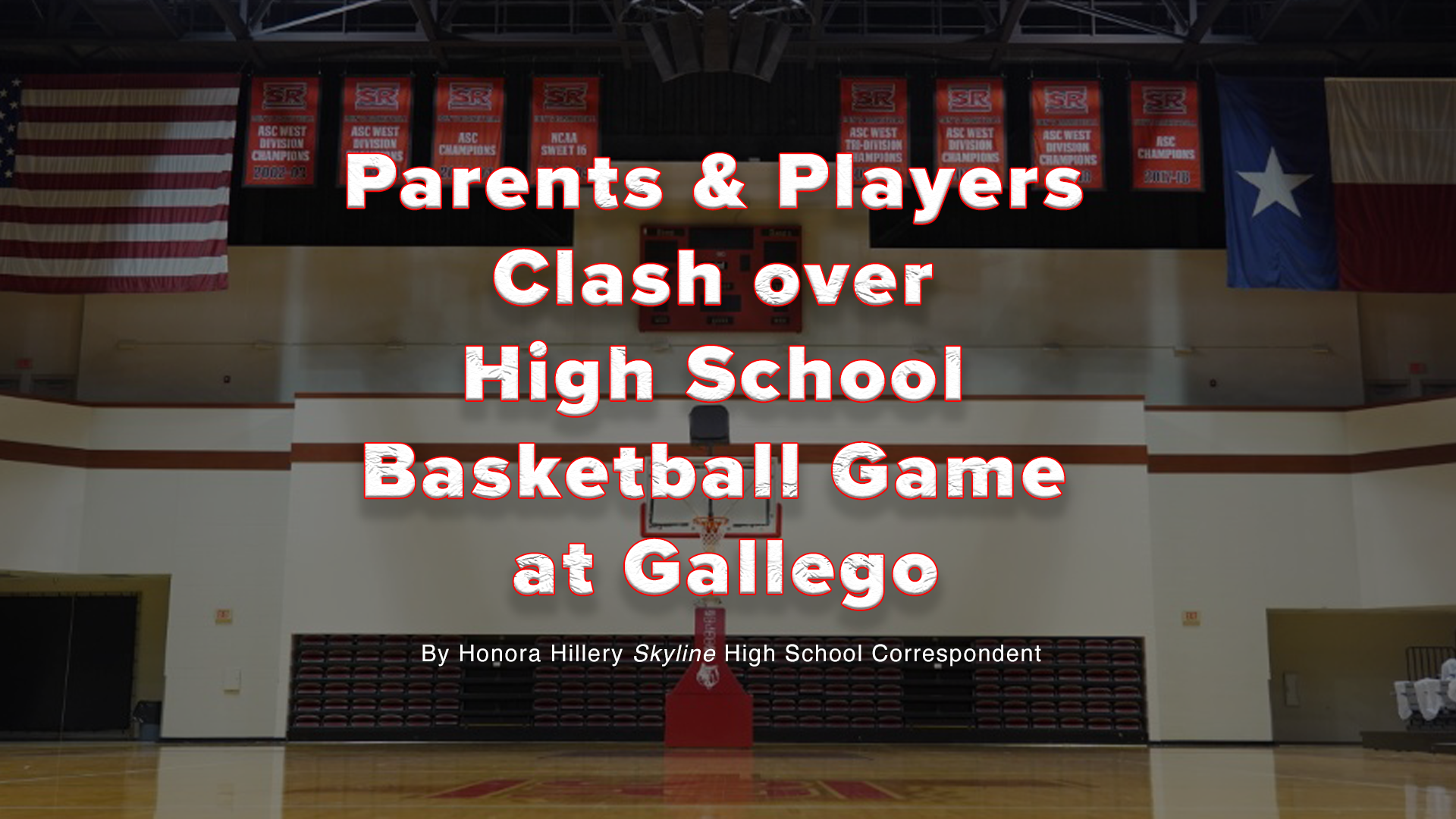 Pacheco laid some of the blame on university students, who joined in the heckling. Pacheco said they were “reminded of the rules and encouraged to use this as a learning experience.”

By all accounts, the game between the men’s Alpine and Kermit High School teams, played at the Gallego Center, was heated, and officials had to pause at least once to quiet fans. One parent from Kermit, who has been cited previously for unruly behavior, was particularly aggressive in his comments. Afterwards, the parent taunted the Alpine players as they left the building, and, according to witnesses, a fight nearly erupted.

Lee Sanchez, Alpine interim Principal, told the Skyline that the parent had been ejected previously from games for similar transgressions.

“From what I’ve heard he’s always been a little too supportive and has been asked to leave a couple of times in his days coming to Alpine,” Sanchez said.