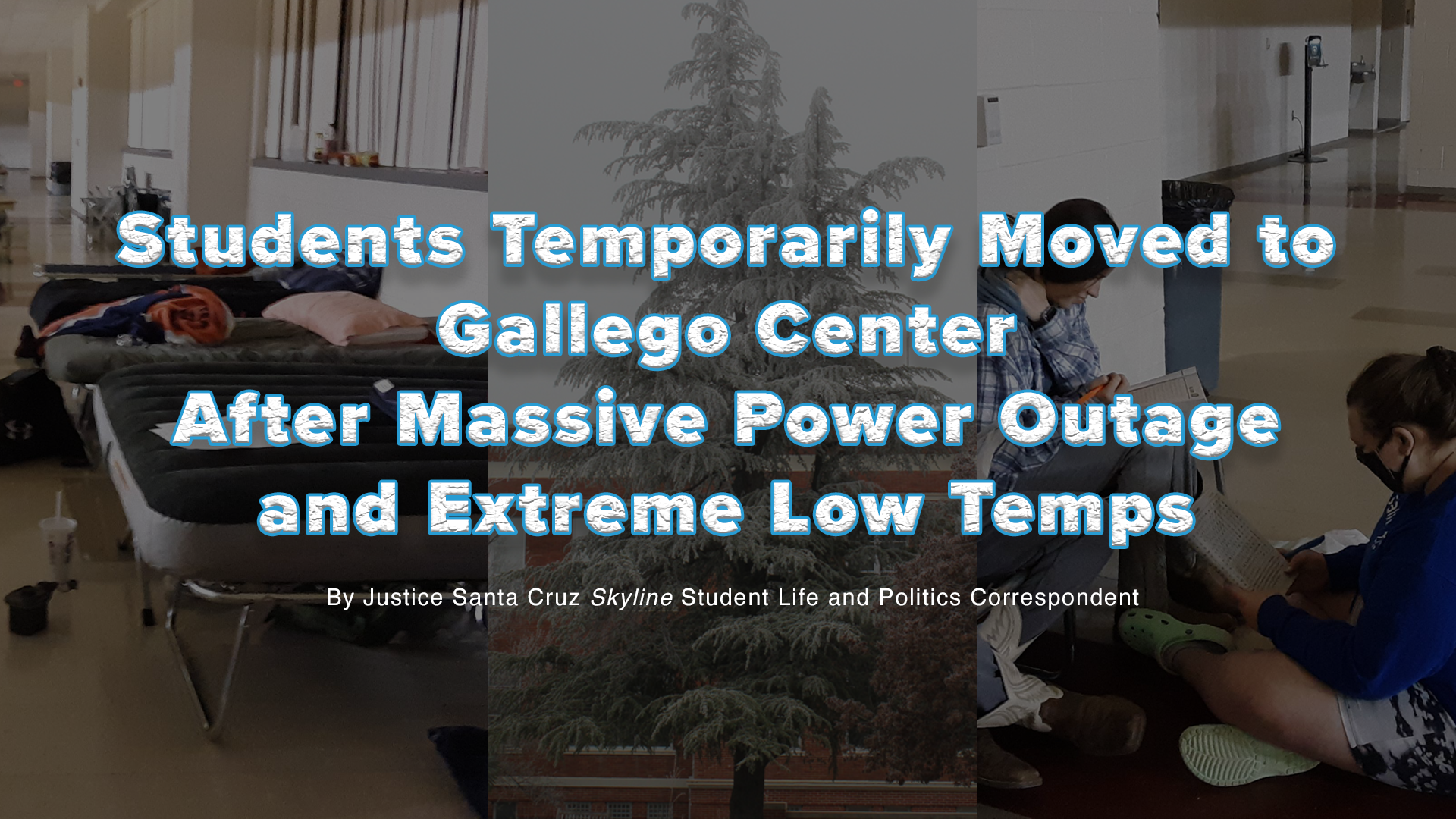 According to reports, the third floor of the Lobo Village 1 dormitory building was flooded after the pipes burst due to the cold weather.

The water seeped down into the lower levels of the build and caused major water damage to many students’ property. Students whose rooms were heavily damaged were reassigned to more secure rooms.

Eight students living in quarantine on the third floor of the building were all moved into one apartment unit on campus.

Water damage was less severe in the Lobo Village 2 building, but students were still evacuated and reassigned new rooms.

All students temporarily were moved into the upper mezzanine of the Gallego Center and also were given the choice to go home to finish the rest of the week’s classes, which shifted online.

On Feb. 16, President Pete Gallego addressed the students via email, stating, “Because our classes are going online this week, it is not necessary that you remain on campus. Should you desire to go home, please feel free to do so.”

Gallego ensured students that the faculty would work to make sure everyone is comfortable while the electric and water problems were being solved.

Various communities united to support Sul Ross students.  Student Activities provided entertainment for the duration of the power outage. The City of Alpine and local TxDOT provided cots for students to sleep on.

As the power outages across the Alpine community dragged into several days, Sul Ross opened its hospitality to faculty, staff, and Alpine citizens who might need a warm shelter, a hot meal, and even a cot.  Further beds were set up on the floor of the gym for those in need.  In an email to faculty and staff, President Gallego wrote, “Over the last several days, I have remembered why I love Alpine and Sul Ross so much.  Over the last few days, we really have stepped up to take care of each other.  While none of us would choose this experience voluntarily, we have all voluntarily worked to make each other feel warm, wanted, and cared for.  I love being a Lobo!”  He ended the communication stating, “Remember . . . if you need us, we’re here.”

After power was restored, custodians quickly were able to shampoo the buildings’ carpets. Power in the buildings was temporarily restored every day so students could rotate essentials instead of bringing all their belongings to the Gallego Center.

Students stayed in the Gallego Center until fire alarms could be officially inspected, when they were able to move back into the dorms Saturday, February 21.  The power was restored in most of Alpine Thursday, February 18