The Real Victims of the Tiger King 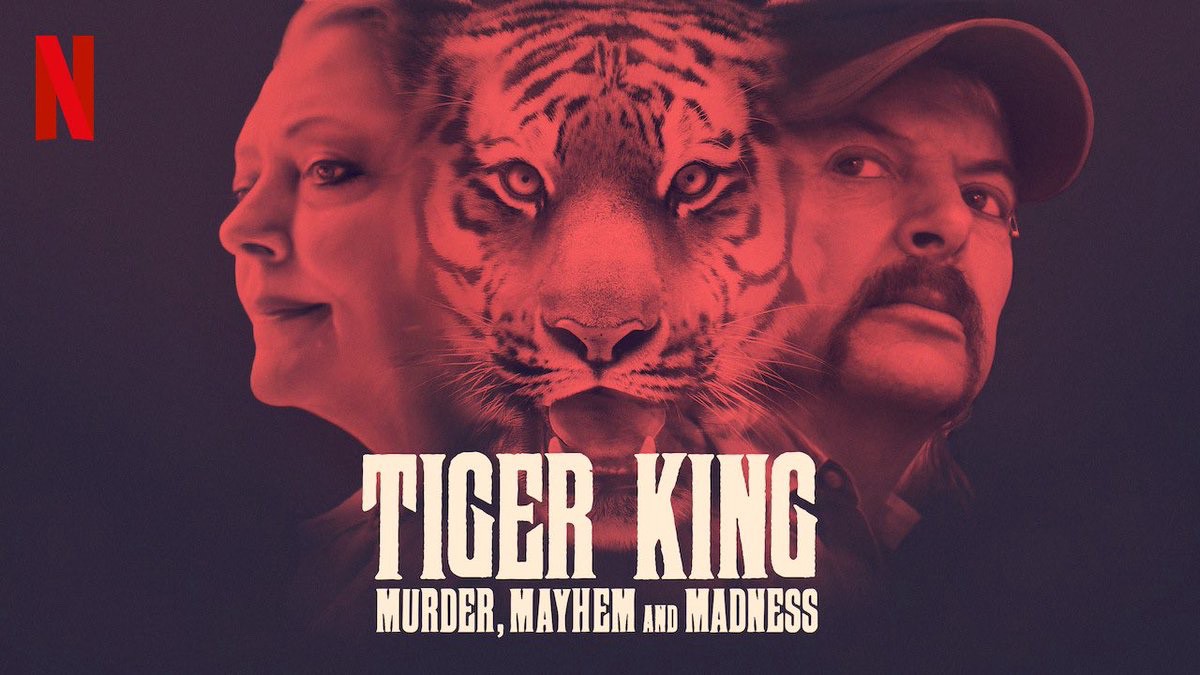 The Netflix original documentary series Tiger King: Murder, Mayhem, and Madness is an internet sensation. Perhaps its success is owed to a country under quarantine and desperate for a distraction. Perhaps, like a car crash, the grotesque triad of Joe Exotic, Carole Baskin, and Jeff Lowe is too shocking to look away. Perhaps it’s the crazy storylines involving polyamory, arson, death, murder, and murder-for hire? The likely answer is all of the above. Each episode of Tiger King digs deeper into the strange and sordid world of large cat breeding, and every time you think it can’t get weirder, it does.

If you’re one of the rare few who’s managed to avoid Tiger King, here’s a brief synopsis to get you up to speed. And by the way, there’s a global pandemic going on and Andrew Cuomo is America’s dad (in case you missed that too). Tiger King explores the world of large cat breeding – tigers, lions, pumas, ligers — and the eccentric characters who profit from this controversial practice. The seven-episode series revolves around the years-long rivalry between, exotic-animal breeder/zoo owner Joseph Maldonado-Passage (better known as Joe Exotic) and Carole Baskin, animal activist and CEO of Big Cat Rescue in Florida. Throughout the series Exotic, a gay, gun-toting, redneck, and Baskin, a soft-spoken, awkward blond with a dark past, engage in vicious internet wars, legal battles, and trash-talking campaigns in a bid to take each other down. Many viewers sympathize with Exotic, who was found guilty of hiring a gunman to kill Baskin and is now serving a 22-year federal prison sentence. Exotic is also responsible for the rumor that Baskin murdered her first husband Don Lewis and fed him to her tigers in 1997. Other viewers believe Carole was in fact the victim and Exotic got what he deserved. But regardless of which side the public takes, the real victims in this story are not the odd humans clad in tiger print and camo. The real victims are the animals.

According to a recent Washington Post article, after the series was released, both the Humane Society and People for the Ethical Treatment of Animals (PETA) claimed the series’ producers glossed over the issue of tiger abuse. Several of the charges that led to Exotic’s prison sentence were from multiple wildlife violations, including the killing of five tigers. “The animals are the real victims who are caught up in this human drama. The antics of Joe Exotic, Doc Antle and others featured in the series have caused untold misery for countless animals,” Humane Society of the United States Chief Executive Kitty Block told NBC News, which noted the disturbing scene in which Joe pulls a newborn tiger cub away from its mother.

When asked about not showing brutal scenes of animal cruelty, Tiger King co-director Eric Goode told Variety magazine  “We had to thread that needle carefully so at the end of the series, it wasn’t preachy or the voice of god telling you how to feel about the cruelty and isolation of the tigers. We wanted people to come to their own conclusions at the end and decide for themselves, and we hope they came away with the outcome that this was a very cruel and abusive practice.”

According to the World Wildlife Fund, as of March 2020 there are approximately 3900 tigers in the wild, living mostly in Asia. The U.S. Fish and Wildlife Service, the federal agency that regulates the wildlife trade, added tigers to the endangered species list in 1970. And in 2003, Congress passed a federal law that prohibited interstate sales and the transport of big cats as pets. But Fish and Wildlife did not police the domestic exchange of most captive-bred tigers until 2016, because they were considered mongrels with no conservation value. Today, it is illegal to sell any tiger across state lines without a permit from the agency.

According to a July 2019 Washington Post article, at the heart of the tiger battle is the cub-petting that Joe Exotic’s business relied upon to make money. An analysis by New York University researchers identified 77 facilities nationwide offering public contact with baby animals in late 2015 and early 2016, mostly big cat cubs. These facilities allow visitors — whose ranks have included Ivanka Trump’s children — to pet or bottle-feed the animals.

Although it means removing cubs from their mothers shortly after birth and has sometimes resulted in injuries to customers and cats, the practice is legal in the United Sates. But the U.S. Agriculture Department says only cubs between the ages of 4 weeks (no longer “neonatal”) and 12 weeks (when they become “too big, too fast, and too strong”) should be used. That creates an incentive, critics say, for breeders like Joe Exotic to pump out cubs — and a constant supply of 100-day-old tigers that have outgrown their value.

“This is the big mystery,” Carney Anne Nasser, a Michigan State University law professor who has written about holes in tiger monitoring. “Where do they [the tigers] go after they mature?”

Between 2013 and 2018, Oklahoma veterinary records show, the zoo Joe Exotic founded in 1999, then one of the nation’s biggest tiger suppliers, shipped out of state more than 100 tigers as young as 1 week old. Cubs could go for as much as $5,000. Dozens of tigers were sent to private zookeepers and animal owners in Florida, Indiana, Colorado and beyond. The reach of Joe Exotic was nationwide.

In 2012, according to federal records, Exotic sold eight juvenile tigers to the owner of Ringling Bros. and Barnum & Bailey ­Circus for an unknown sum. In 2015, he obtained an export permit to ship a lion-tiger hybrid to the United Arab Emirates, a Fish and Wildlife agent testified in March.

In February 2019, The House Natural Resources Committee proposed the Big Cat Safety Act and the bill is expected to pass the House of Representative sometime this year. One of the proposals in this bill would outlaw the petting of large cat cubs for profit, effectively outlawing the exploitation of tiger cubs for profit.

An Online State of Mind