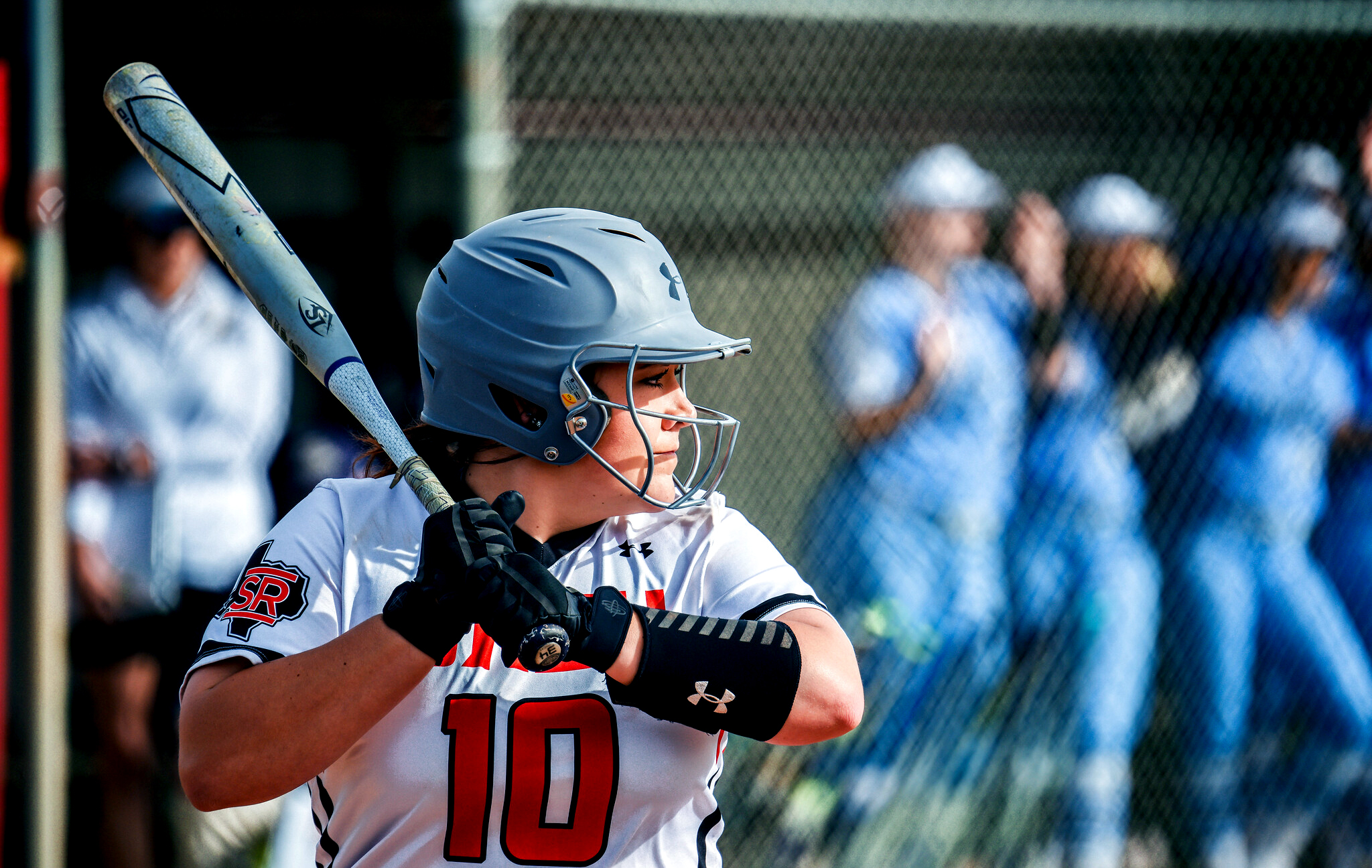 BELTON, Texas- A walk off double by Mary Hardin-Baylor’s Kasi Cummings in extra innings propelled the Crusaders to a 4-3 edging of visiting Sul Ross in the first game of a Thursday ASC doubleheader.

UMHB came back from a 1-0 deficit to defeat the Lady Lobos in the second contest by a score of 3-1.

The two teams will wrap up the three-game series with a single, seven inning affair beginning at 2:00 p.m. Friday.

Mary Hardin-Baylor took an early 2-0 lead in their opening inning.

A solo home run by freshman Payslee Sims pulled Sully to within a run in the top of the second.

Abbie Alvarado then smashed a fast ball over the wall scoring Isabella Garcia to tie the outing at three.

The tie would stretch to the bottom of the tenth before Cummings’ one-out double scored Jessi Ives for the 4-3 walk off victory.

Jodie Vaughn shouldered the loss after working all ten frames.

Alvarado led Lady Lobo batters at 2-for-3 hitting with a run scored and two RBI.

Mary Villareal’s solo home run in the top of the second gave Sully a 1-0 lead.

It marked the only time Sul Ross would light the board as the home squad tied the game in the third and added two more runs in the fifth for the 3-1 victory.