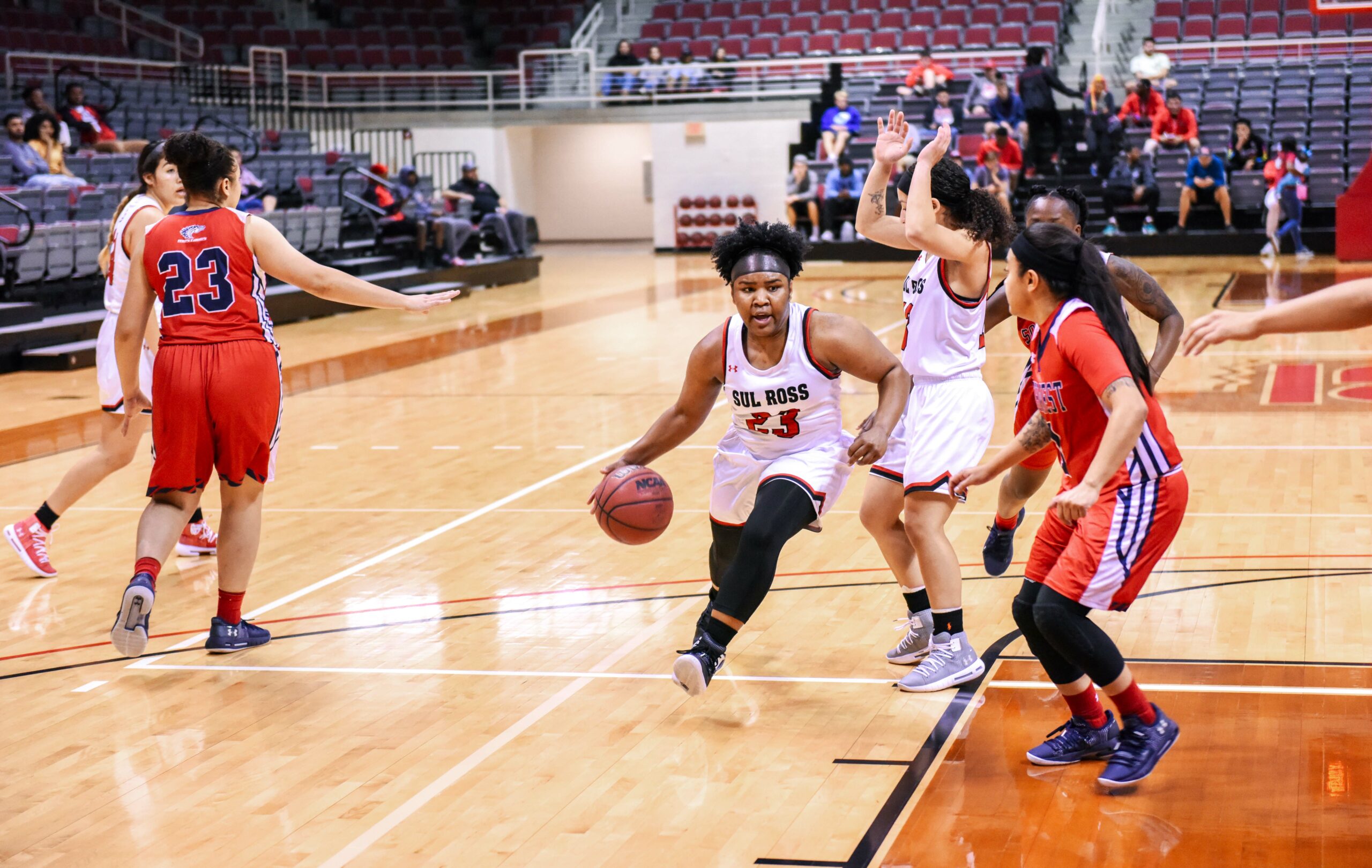 Sul Ross held a brief lead early in the first quarter but the Mustangs maintained the advantage for most of the period.

The Lady Lobos ended the quarter with a 5-0 run capped by a jumper by Nunez to tie the game at 11 heading to the second period.

Southwest posted a six-point lead to begin the second quarter but Jocelyne Roque’s jumper in the paint pulled Sully to within two at the 6:06 mark.

The Mustangs would go on to hold a pair of seven-point leads down the stretch and ended the half with a 6-0 run for a 31-22 lead heading to the break.

Southwest then broke out to a pair of 13-point leads in the third period and finished off the frame with a free throw by Bethany Benatcur for a 49-35 advantage.

The visitors never looked back putting up two, 23-point spreads including the 70-47 final score.

With Saturday’s loss, Sul Ross drops to 2-4 on the season while Southwest improves to 3-5.