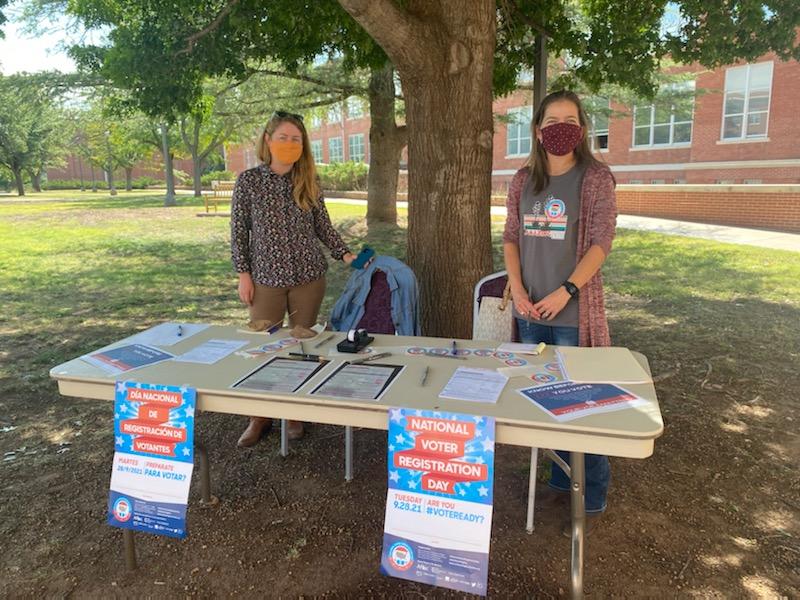 On September 28, SRSU celebrated National Voter Registration Day.  Volunteer Deputy Registrars for Brewster County, Dr. Jessica Velasco, Assistant Professor of Political Science and Public Administration, and Betsy Evans, Director of Library & Research Technologies, were on hand in the university mall to distribute registration and voting information, as well as collect new registrations and changes from campus community members.  Also in attendance to help promote voter registration was Jessie Galloway, President of the SRSU College Republicans.
Many campus community members passed by the table on their way to and from lunch.  Twelve new registrations were collected, several registration forms were distributed, and 32 campus community members mentioned that they had already registered.
The last day to register to vote in the November 2 election on the proposed amendments to the Texas Constitution is October 4.  Those interested in learning more about the proposed amendments are invited to attend “Know Before You Vote” being hosted by the College Republicans and Young Democrats on October 18, from 6-7 p.m., in BAB 304.
More information can be found: https://www.votetexas.gov/