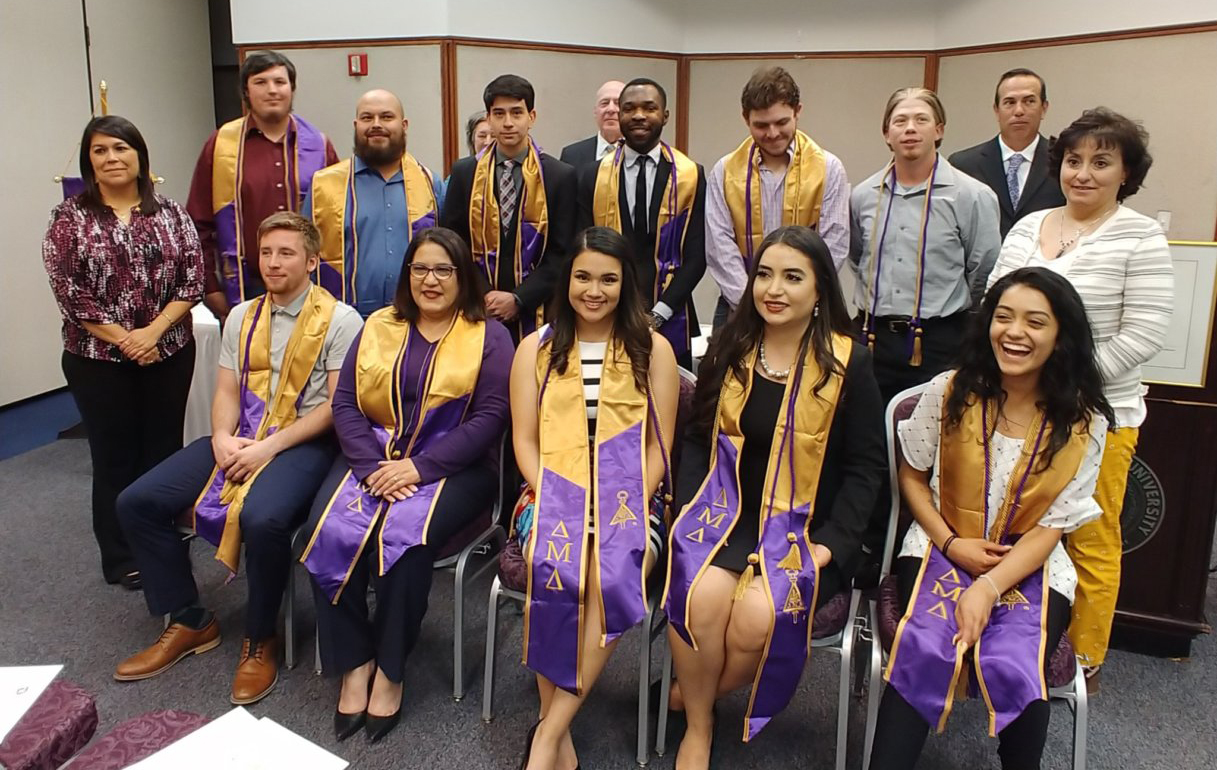 Delta Mu Delta, founded in 1913, promotes higher scholarship in training for business while recognizing and rewarding scholastic attainment. Since the Zeta Upsilon Chapter was established at Sul Ross in 1993, over 200 lifetime members and more than 20 honorary members have been inducted.