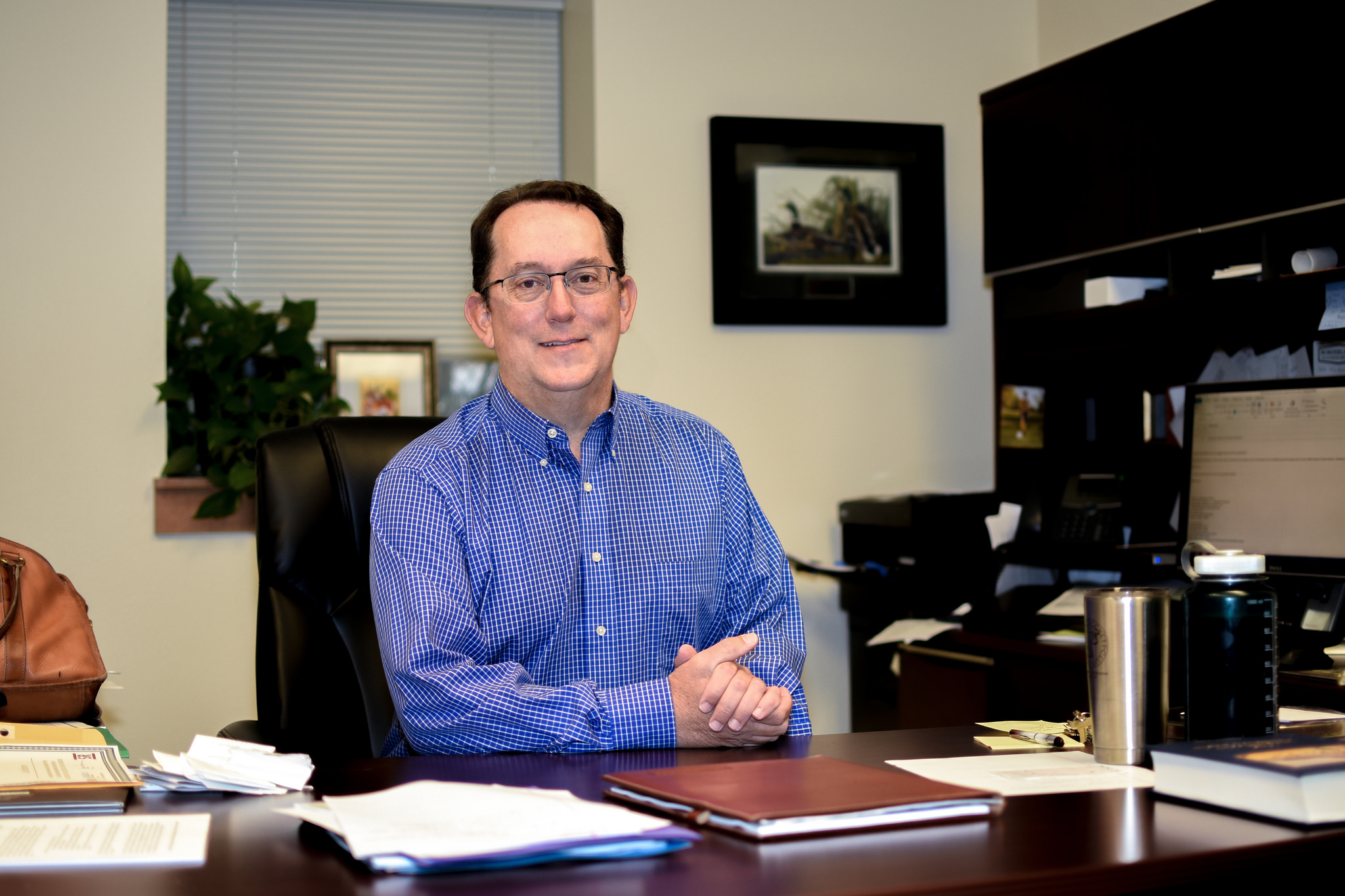 The Regents’ Professor Award was established to honor professors who make exemplary contributions to the educational community.  Harveson will be presented the $5,000 award, a commemorative medallion, and a framed Board of Regents resolution at the Regents’ next quarterly meeting in November.

“Dr. Harveson’s passion for the field of conservation is only matched by his passion for teaching,” said Dr. Bill Kibler, President of Sul Ross.  “Being selected for the Regents’ Professor Award amplifies the tremendous legacy he has built and will continue to grow at Sul Ross.”

In addition to teaching and public service, Harveson has been a trail blazer in research while at Sul Ross.  An underlying theme to Harveson’s research has been the conservation of natural resources on private lands.  He has excelled in grantsmanship, receiving more than seven million dollars in research grants during his Alpine tenure.  With his students and academic colleagues, Harveson has authored one book, six book chapters, more than 70 peer-reviewed publications, and more than 50 popular articles.  He has also authored or co-authored more than 300 professional papers or posters, and more than 12 invited papers (keynotes, plenary, and panel discussions), including some for national and international conferences.

Likely the most impactful influence Harveson has had in the research arena is the creation of the BRI, an institute he conceived, launched, and nurtured.  Through his vision, BRI has grown into an internationally recognized program that bridges the gap between private lands and public partnerships.  Utilizing philanthropy, Harveson has also ensured that the BRI is financially sustainable in perpetuity.  He has raised more than five million dollars in endowments to support three endowed faculty positions and three endowed scholarships.

In the classroom, Harveson’s distinguished career has garnered multiple university, state, and national teaching awards.  At Sul Ross alone he has received the Outstanding Teaching Award, Student Organization Adviser of the Year honors, the Quality Enhancement Innovation Award, and most recently, the President’s Distinguished Faculty Achievement Award.  Outside of Sul Ross, Harveson has been recognized as Educator of the Year by the Texas Chapter of the Wildlife Society, Texas Wildlife Association’s Sam Beasom Conservation Leader Award, and was named a Texas Tech University Outstanding Alumnus.

During his time in Alpine, he has developed and taught 17 unique courses in Natural Resource Management.  Known for his effective teaching, Harveson uses a variety of teaching techniques to engage and challenge his students inside and outside of the classroom.  The high number of graduate students in his lab has led to mentoring 53 M.S. students and one Ph.D. student; he currently mentors an additional nine M.S. students as well as one Ph.D. student.

He and his wife, Dr. Patricia Moody Harveson, Sul Ross professor of natural resource management, have two children.  Katie is a senior at Texas Tech, and Jake is a senior at Alpine High School.