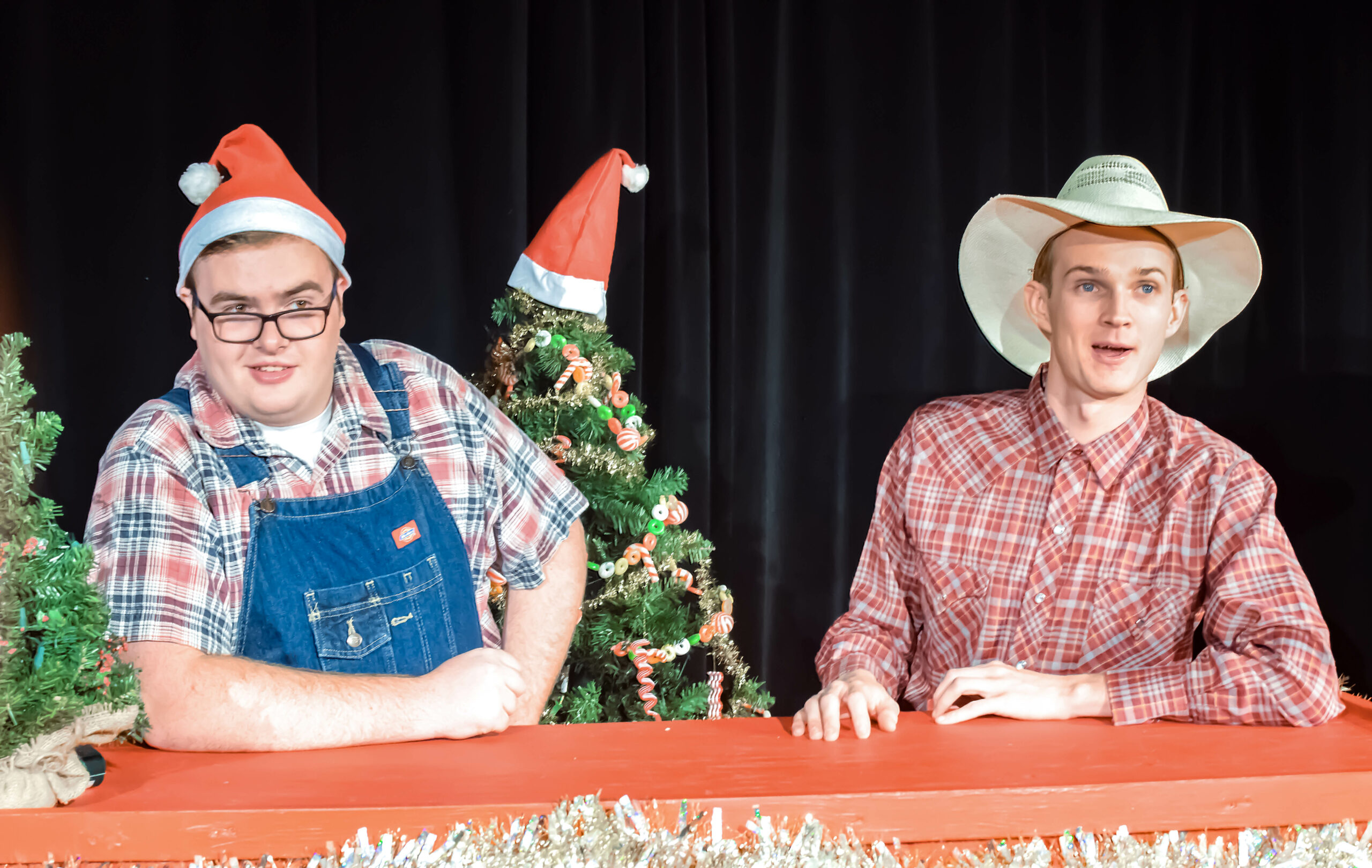 This holiday season Sul Ross Drama is taking audiences to the little town of Tuna for a uniquely Texan Christmas celebration.

The second of four Tuna plays written by Ed Howard, Jaston Williams, and Joe Sears, A Tuna Christmas tells the story of a town full of eccentrics pushed even further to the edge by a “Christmas Phantom” responsible for vandalizing competitive yard displays.

With constantly changing voices, costumes, and props, Jason Roman and Avery Callaway star as all 22 of the town’s residents.

The show is directed by Stuart Standly, lecturer of communication.

A Tuna Christmas will run for two weekends only: Nov. 16-18 and Nov. 30-Dec. 2.  Performances will not be held the weekend after Thanksgiving.  Location for all shows is the Francois Fine Art Building’s Studio Theatre located on Sul Ross State University’s Alpine campus.  Friday and Saturday curtain times are 8:15 p.m.  Sunday matinee performances will be held at 2 p.m.