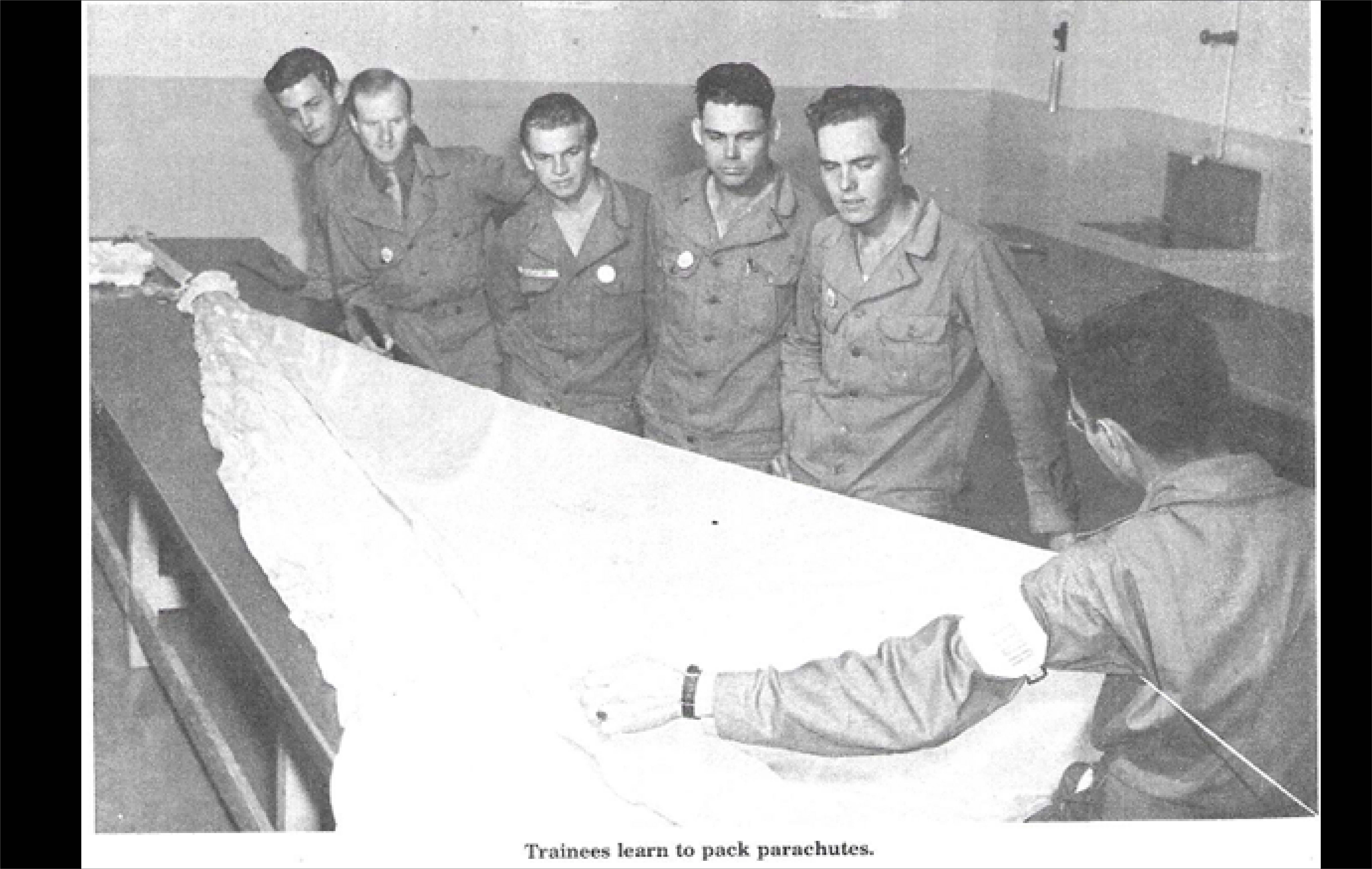 On April 18, 1942, Lt. Col. James “Jimmy” Doolittle of the United States Army Air Forces led the first U.S. air attack on Japan.  Compared to other WWII actions, the Doolittle Raid caused relatively little material damage, but the courageous effort improved morale in the U.S. by demonstrating the country’s ability to respond to the Dec. 7, 1941 Japanese bombing of Pearl Harbor.  Although 15 of the 16 B-25 bombers involved in the Raid crash landed, 77 of 80 crewmembers initially survived.

One of those survivors was Lt. Col. Dick Cole, Doolittle’s co-pilot, who landed safely in China with the help of a well-packed parachute.  Cole quickly moved on to a new Army Air Corps assignment; however, his parachute-aided survival created a debt which he eagerly wished to repay.

As Cole explained in a letter and package sent home to his parents in 1942, “It is customary when one makes a chute jump to give the (parachute) packer a box of cigars.  So you can see I owe D.C. Gray, Parachute Dept. Sacramento Calif Air Depot, a box of cigars.  Don’t know when I can do it, but won’t forget it.”

Due to his Army Air Corps responsibilities, and the intensifying WWII combat, Cole never got a wartime opportunity to track down and thank the person who packed his Doolittle Raid parachute and thus saved his life.  But, with the assistance of Sul Ross State University graduate student Craig “Griz” Adams, Cole would eventually be able to autograph that box of cigars.

To help solve the mystery, Adams travelled to the Sacramento Public Library to utilize their Sacramento Room Special Collections.  Within a few hours of his arrival, Adams and staff librarians James Scott, Kristy Molner, and Mat Senander had identified both D.C. Gray and his descendants.  The team also procured a vintage photograph of Gray learning how to pack parachutes at the Sacramento Air Depot.

Although Gray had passed away in 2008, Adams was able to contact by phone Gray’s oldest living son, D.C. “Buddy” Gray III, who still resides in Sacramento.  That same day, Adams visited Buddy Gray and his wife Carolyn at their home to discuss the elder Gray’s WWII contributions.  Buddy Gray knew his father had packed parachutes during the war, but never knew his father’s connection to Cole and the Doolittle Raid.  He was moved to tears upon hearing the story.

On Dec. 7, 2018, having returned to Texas, Adams shared what he had learned about D.C. Gray with Cole and Chal.  They were fascinated and excited to learn more about the person who had packed Cole’s lifesaving parachute.  Adams had also obtained a copy of the photo of Gray being trained to pack parachutes at the Sacramento Air Depot, and the image brought a formerly anonymous man to life for Cole.

On top of a presentation box of cigars supplied by Sul Ross, Cole authored a message to Buddy Gray and his five siblings that said gratefully, “Because your dad paid attention during parachute training is why you are receiving a box of cigars today.”

As one of more than 24 million civilian workers who were warriors in their own right, D.C. Gray serves as a representative for those who built and produced all equipment and supplies needed by the U.S. soldiers, sailors, marines, and airmen of WWII.  Gray’s careful packing of a parachute at the Sacramento Air Depot in 1942 is one reason you can still speak with Doolittle Raider Lt. Col. Dick Cole at his residence in the Texas Hill Country.  Cole is 103 years old.