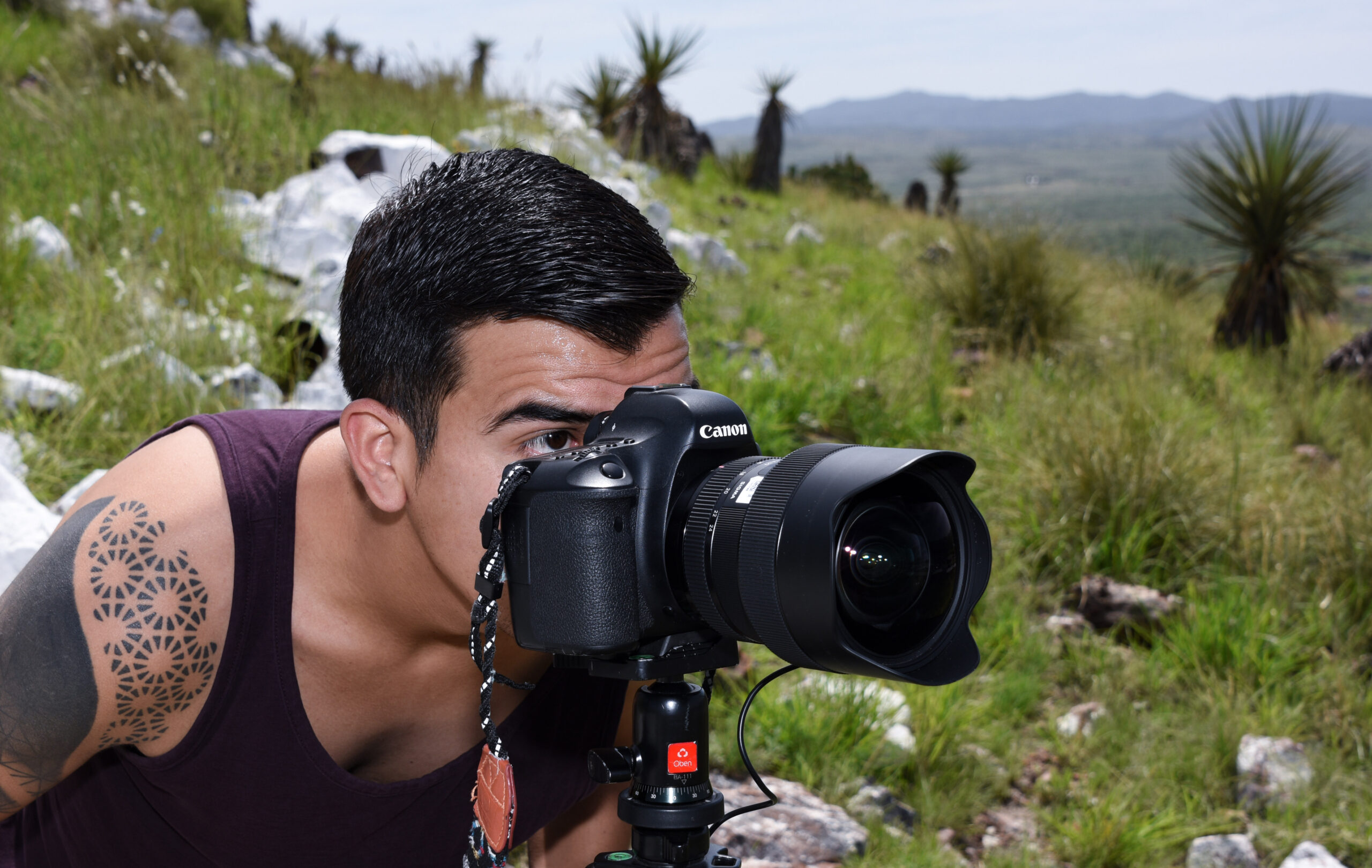 200 years ago, the only lights at night in the Big Bend region were campfires and stars (and possibly the not-yet-Marfa lights, depending on which local expert you ask).  Since then, cities like Presidio, Marfa, and Alpine have been established and have grown in size, but the Big Bend continues to maintain one of the darkest night time skies in the United States.

Alfonso Anaya, a Sul Ross State University digital arts major from Presidio, would like to help keep it that way.

“I’ve grown up in a rural area, and I’ve been able to see bright stars throughout my life,” he said.  “As a kid, I knew there was something in the dark sky that was so interesting, that I didn’t completely understand, but wanted to.

“And one night recently, I was in Los Angeles and I could not see a star.  It was humid.  The sky was yellow from smog and light pollution.  My mind was confused.  Was it day or night?  I wasn’t sure.”

Anaya decided to study the issue of increasing light pollution as one of fifteen undergraduate researchers in the McNair Summer Research Institute at Sul Ross.  With help from mentors Gregory Tegarden and Avram Dumitrescu, he chose to combine his research with a creative project designed to make a difference.

“My creative project is to take pictures of dark skies, as well as light pollution in the cities, in order to convince people that, not only are dark skies pretty, but that light pollution can negatively affect the human body.”

Adverse health effects from light pollution include the “circadian fog” Anaya experienced in Los Angeles, as well as insomnia, anxiety, and even depression.  These illnesses result from looking at too much light after sunset, which disturbs a person’s natural sleep clock or circadian rhythm.

Ironically, capturing his late night photos requires Anaya to miss some sleep himself.  In the darkness of night, Anaya keeps his camera shutter open from six seconds to 20 minutes, using a tripod and shutter release cable to avoid camera movement.

“I also use a mobile phone app called Sky Guide.  It allows me to choose a location where I want to take pictures, and the app tells me, for example, where the Milky Way Galaxy will be positioned at a certain time from that location.”

During his McNair presentation, Anaya used contrasting photos and the Bortle Dark-Sky Scale to highlight his dark sky argument.  One photo showed the beauty of a starlit sky just west of Marathon, an area which scored a one on the Bortle Scale for excellent darkness.  A second photo captured an intensely light polluted industrial area in Long Beach, California that scored a nine on the Bortle Scale, signifying the highest level of light-polluted sky.

“It was so bright (in night time Long Beach) that you could only see two stars in the sky,” noted Anaya.  “You could see there was no attempt to emit the light towards the ground.  It’s emitted everywhere in all directions.  Other factors like smog and humidity increase light pollution as well.

“In Alpine, within the city limits, it’s a four on the Bortle Scale,” he added.

With the U.S. population predicted to reach 450 million by 2050, Anaya wonders if there will be any dark spots left to experience in the U.S. by mid-century.

“One of my friends has lived in Los Angeles throughout her life, and one day she was feeling tired of being around so many people.  She just wanted to get away from the city.  So I told her she should come visit me, and we could go down to Big Bend National Park.  We went out there, and once the sun set, the expression on her face was amazement.  We were able to see tons of meteors from the Geminid Meteor Shower that night, and my friend’s face made me wonder how many people have not been able to experience the stars the way I have through my entire life.”

To help preserve the amazing dark sky experience, Anaya plans on continuing the effort that began with his McNair research.  In addition to photography, he wants to make an informative booklet explaining the advantages of using dark-sky light fixtures outdoors, which not only limit light pollution but also use less electricity on moonlit nights.

“The booklet will be designed to convince people in metropolitan areas especially, and convince them visually.  I’m a firm believer in the power of visual information to change people’s minds about this issue.”

Ultimately, Anaya hopes the increasing number of U.S. city dwellers will “see the light” and make an effort to maintain or even increase the darkness of their night time skies.