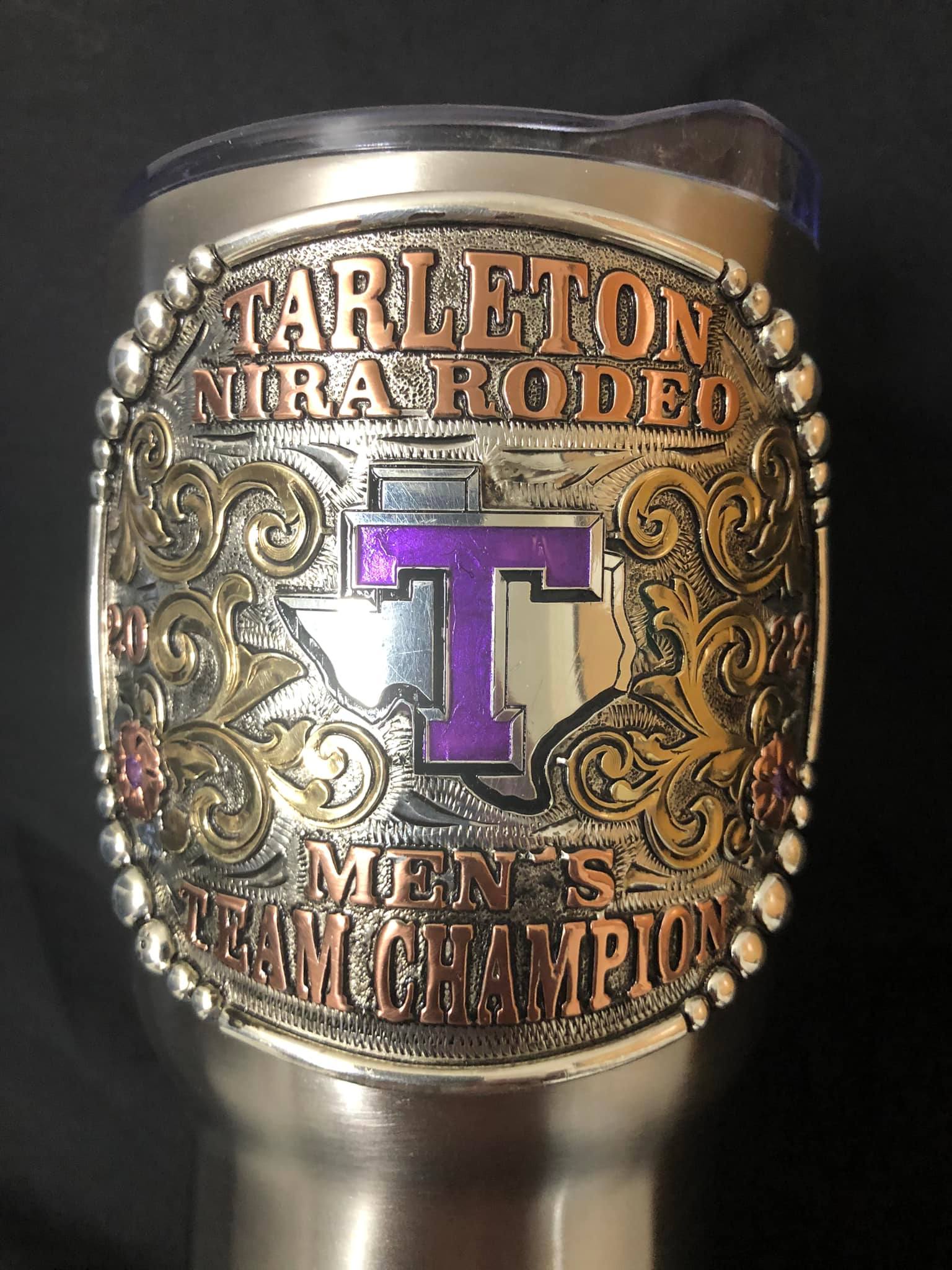 Alpine, TX – High expectations and high stakes in the high mountains of West Texas were laid out for the Sul Ross Rodeo Team this season. Now that the dust has settled after the last regular season event in Stephenville, TX, Coach Aragon and his team are resting up knowing that they hit some remarkable milestones.

It couldn’t be said more poignantly than what Coach CJ Aragon commented at the end of his season recap. “Too many individual championships to list”. That sounds about right for the Coach who breathed life back into one of the most storied programs in the country. That’s how he wants to finish. That’s how his team finished.

The season came to a close at the Tarleton State event. That’s where they made their final statement with the CNFR in the back of their minds.

Brandon Lansford kicked off the leaderboard for Sul Ross tying for first in Saddle Bronc with 157.0 points. Tristen Hutchings capped off his dominating and stunning season by dominating Bull Riding with a 165.0 score. Kade Smith and Lane Cooper went 1st and 2nd in Team Roping Header with a 12.2 and 17.3 respectively.

There were several other notables from the weekend. In Steer Wrestling, Cooper Hurt’s 12.9 was good enough to finish at 6th. Blake Bentley’s work in Team Roping Heeler saw him tied for 2nd place with that 17.3 score. Hadley Kibbe posted a 5.0 in Breakaway Roping to head back to Alpine with a 4th place finish.

It’s a strong finish for an already impressive season as the Lobos look to what comes next. But it’s worth it to take a minute to put into context just what this season means for this historic program.

President Gallego stated, “This season has been remarkable to watch. From the amazing job that Coach CJ Aragon has done, the rodeo we held here in Alpine last year, to all the success this team has had. It’s exciting to watch. We know how important this program is out here and it’s great to see it competing at a high level again.”

Hadley Kibbe taking home The Walt Garrison Top Hand Award may not be a surprise but as Coach Aragon states, “We are proud that our region selected Hadley for this prestigious honor!”

Hadley also had plenty to say about this season. “[It] was filled with so many wonderful moments. Our men’s team did their job well and made their mark on the region. Both the men’s and women’s teams represented Sul Ross with pride and competed well, creating momentum leading into the 2022-2023 NIRA season.”

“As this was my last season competing, it has been my upmost honor to serve and support my team in the classroom, in practice, and in competition,” she continued. “The season may have ended with a CNFR Qualification for me, but I’ve never been prouder of the journey it took myself and my family on. Sul Ross Rodeo is a family. We cheer together, cry together, and pray together. We’re here to build each other into the best versions of ourselves. That is family. And I’m beyond proud and honored to have been a part of it! SR Rodeo, coach Aragon and his family, the Rodeo Exes Alumni, and all of our team sponsors have been such a blessing to me. Thank you for everything.”

It’s one of the toughest regions in all of Collegiate Rodeo. Now that the regular season has concluded, the Sul Ross Rodeo Team has their eyes set on much, much bigger things heading into the CNFR.