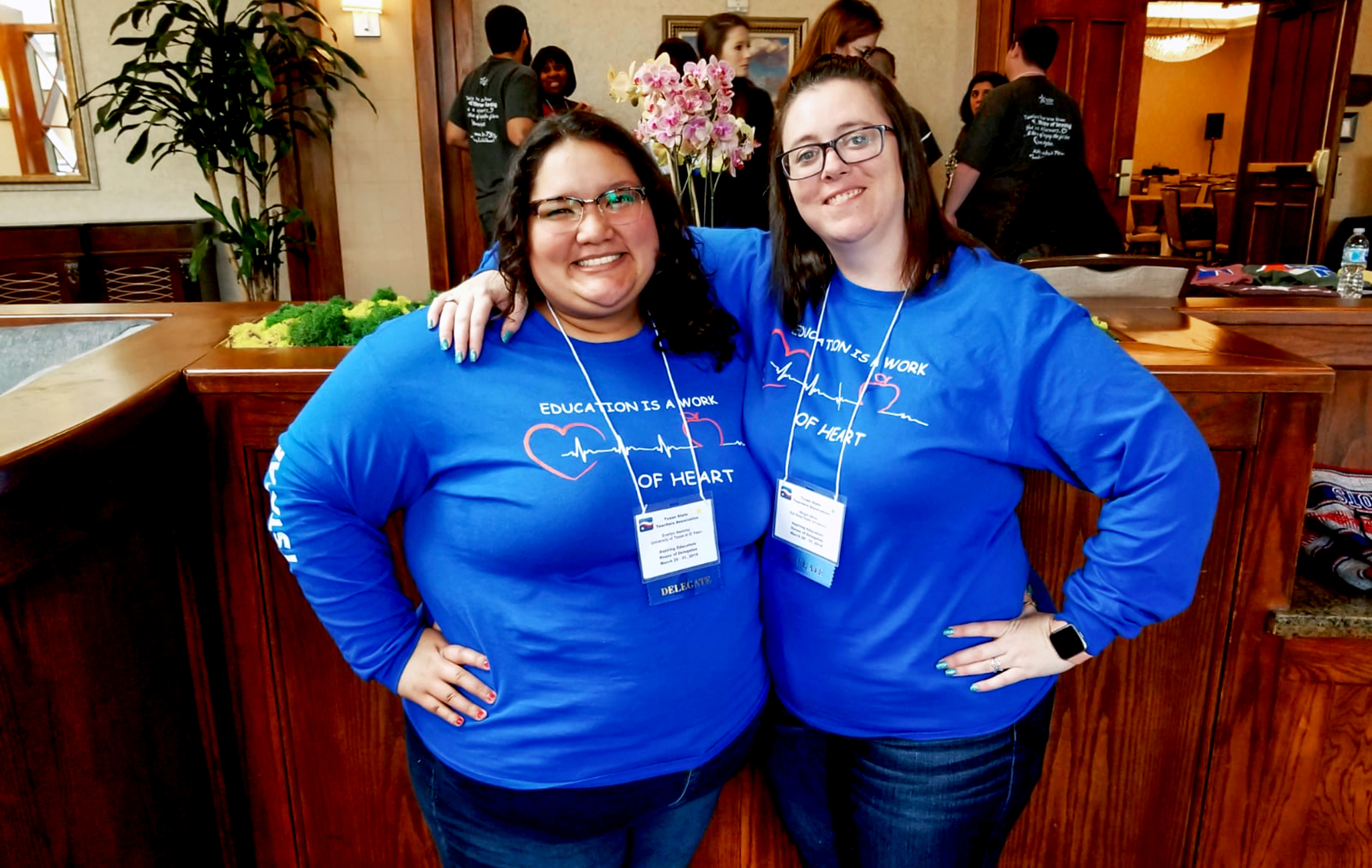 • courtesy of the Sul Ross Department of Education •

In the following Q & A, Miller discusses teaching, TSTA, and the Chapter’s upcoming Pass the Plate Potluck.

Why did you choose an education major?

A few years ago, I was coaching youth soccer in Dripping Springs.  My girls were competing in the seven-to-nine-year old age group, and I fell in love with their love of the world.  I smiled and cheered every time they accomplished something they were working on.  They loved coming to practice and to the games, and I loved coaching them.  It was then I knew what I really wanted to do in life and that was become a teacher.  It is my calling.

Why did you help create a TSTA chapter at Sul Ross in February?

Teachers and future teachers need a voice, not just for themselves, but for their students.  Creating a TSTA chapter at Sul Ross means creating a safe space, and a support team, for Sul Ross students; this gives our members the opportunity to be a part of something much bigger than ourselves.  I also wanted to create our chapter so that we can be more involved in our community.

What do SRSU TSTA members do as part of the organization?

Chapter members are the heart and soul of the larger TSTA organization.  We have already participated in Lobo Give Back Day and the recent Sully Showcase.  We had an Autism Awareness table at the Spring Carnival, and we will do so again on Earth Day at the end of April.  It’s also important for TSTA members to be a part of our community through events like workshops.  And, being of voting age, we can act as the voice of change for education.  TSTA is open to all students at Sul Ross, and for our SRSU TSTA members, this is just the beginning.

At the recent TSTA-AE Conference you were elected District 6 President.  How did that come about?

Actually, I had no idea this would happen.  We were having our district meeting, and our current District 6 President, Everlyn, stepped down and the position opened.  Two members from UT El Paso were nominated by other members, and then I volunteered myself.  We each gave a speech.  I am comfortable in front of people, so I just spoke from the heart about my own experiences.  I used inspiration from my professors and my mother because they have helped me become who I am today.  I mentioned our organization’s goals for spreading awareness of the importance of teacher support in our communities.  I answered questions from the current Vice President of TSTA and District 4’s President.  I was told I almost brought some people to tears.  The truth is, I wasn’t sure they would vote for me since they didn’t know me very well.  But I was happy to be welcomed by the members from UTEP and El Paso Community College; they are my inspiration for wanting to improve the student experience at Sul Ross.

What is TSTA District 6, and what will be your functions as President?

The colleges that fall into District 6 are Sul Ross, UTEP, and EPCC, and I’m excited to be their representative on the TSTA committee.  I will officially take the position on July 13.  Some of my functions as President will include attending important TSTA and NEA meetings, and visiting and communicating with each of the District’s universities.  Javier Garcia (SRSU TSTA Vice President and soon to be District 6 Vice President) and I will be assisting our District’s future educators.

SRSU TSTA will hold a Pass the Plate Potluck dinner for Sul Ross faculty on Wednesday, April 24.  Why is this important for SRSU TSTA members to sponsor?

In our education courses, we are taught that inclusion and diversity make a classroom environment more welcoming and safe.  We chose the Potluck idea because we want Sul Ross professors and Sul Ross future educators to share who they are, where they come from, and their wide variety of experiences.  This is the reason we strive for diversity and inclusion; we have more in common than we think.