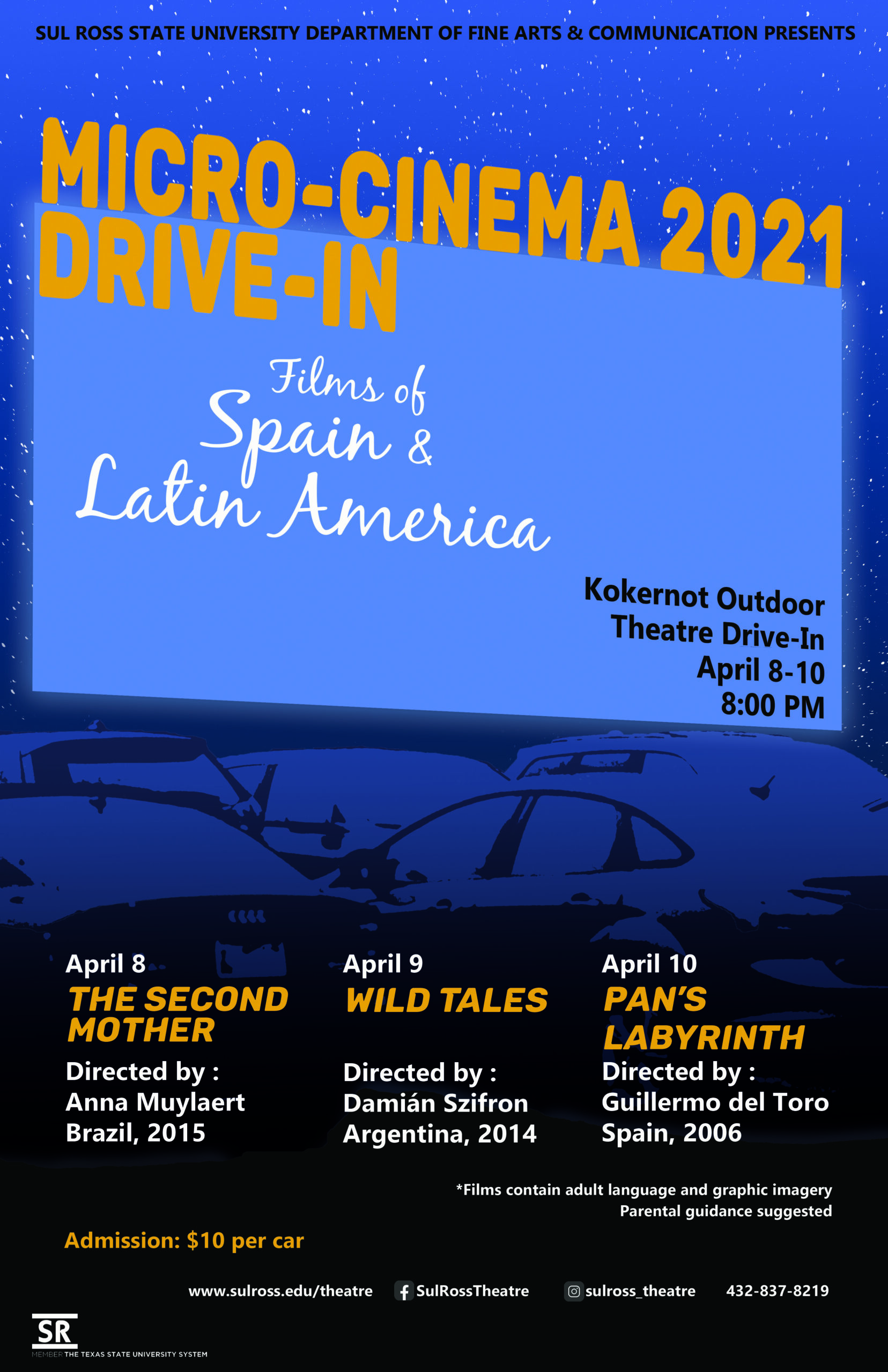 In past years, Microcinema has featured films from the MENA (Middle East/North African) region, films directed and shot by women, films exploring the black American experience, and films made by Native American artists.

“Our goal is to celebrate diversity in film,” says Chair of Fine Arts and Communication Marjie Scott. “The Microcinema is an opportunity to provide cultural experiences for the Sul Ross and wider Big Bend communities. These films are not usually available at the local Cineplex.”