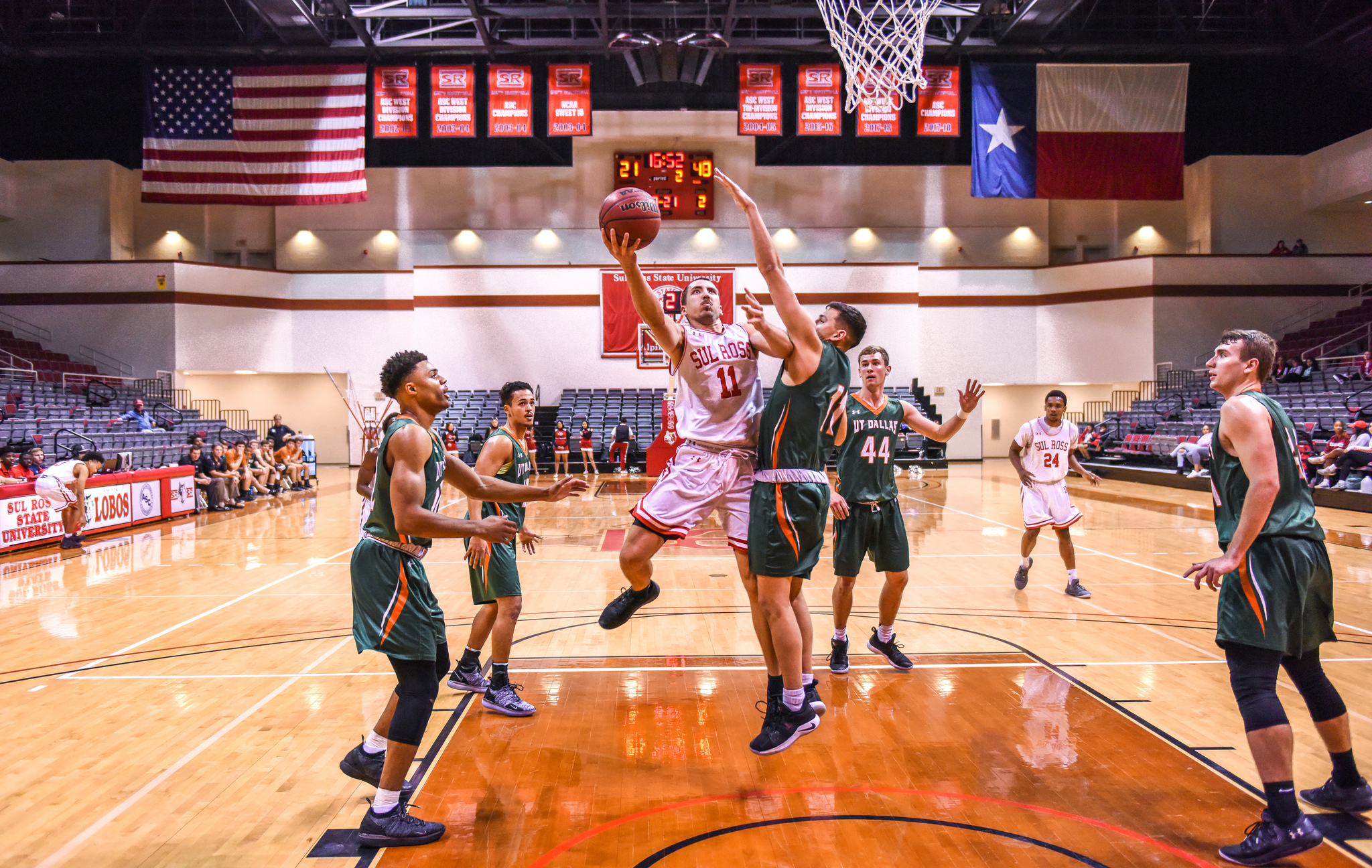 Licon capped a 4-0 run to start the contest with a layup with 19:19 left in the first half.

Cole Avery then knocked down a three-pointer for a 7-3 Sul Ross lead at the 18:50 mark.

Hardin-Simmons tied the game at seven off a layup by Neal Chambliss.  Following a missed Lobo three-pointer, Chambliss then converted another layup for a 9-7 lead for the home team at 17:05.

The Cowboys would hold the lead over the next two minutes before Jola Otubu banked from long range giving Sully a 13-12 advantage with 15:28 left before the half.

The Lobos would hold a tight lead until 13:08 when Joe Hoeup drained a triple returning the lead back to Hardin-Simmons by a 17-15 margin.

A three-point foul sent Avery to the line as the junior converted all three foul shots for an 18-17 Sul Ross lead at 12:51.

The Cowboys then took the reigns and ended the half on a 12-0 run for a 45-42 lead at intermission.

A layup by Conner Dawson 11 seconds into the second half pulled the Lobos to within one.

Hardin-Simmons stole the lead at 17:44 off a fast break layup by Keenan Holdman for a 47-46 Cowboy advantage.

The home squad would go on to lead by eight with just under 15 minutes left in the contest.

The Cowboys reclaimed the lead on the next possession and would hold a pair of seven-point advantages over the next three and a half minutes.

The Lobos were never able to recover the lead but pulled to within three off a three-pointer by Dawson at 4:45.

With under a minute remaining, Hardin-Simmons used a 5-0 run to put the Lobos away for good for the 82-72 win.

Hollis and Jack Kirkpatrick ended the game with 10 points each.  Licon led the team with six assists.

Sul Ross will host Concordia University to begin a five-game home stretch. Tip off is 7:30 p.m. on Thursday and will be streamed live on the Sul Ross Sports Network.