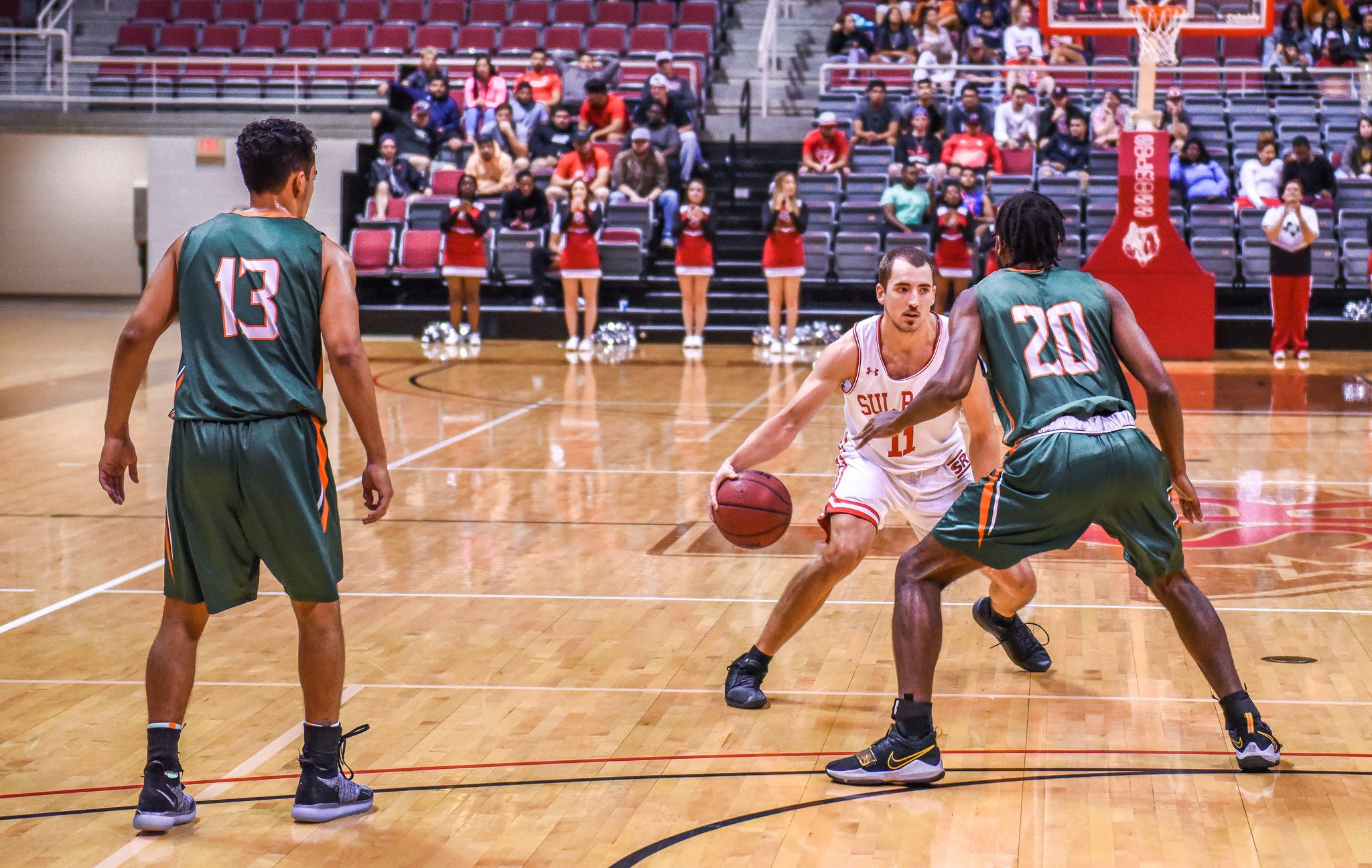 MESA, Ariz.- B.J. Hollis nailed down a season-high 27 points and led Sul Ross to a 97-73 bruising of Alma College in the first round of the Classic in the Valley Tuesday in Mesa, Arizona.

The Lobos finished with a second season-best 49 percent shooting from the field in Tuesday’s victory and tied their single game three-point shooting performance of 46 percent from last week’s victory over Belhaven University.

A layup by Conner Dawson put the first points on the board for Sul Ross and tied the game at two with 18:49 remaining in the first half.

Two more ties would follow before Sully mounted a 5-0 run ending on a three-point basket by Tristen Licon for an 18-9 lead.

The two teams traded buckets over the next two possessions as Licon finished up with a jumper in the paint returning the Lobo lead to nine.

Sul Ross would go on to hold a pair of 15-point leads off of short range jumpers by Licon and Hollis.

A Hollis triple at the 22-second mark sent the Lobos to the break with a 49-35 advantage.

A jump shot  by Dawson just under the midway mark of the second have extended Sully’s lead to 23.

Sophomore guard Jace Perkins gave the Lobos their largest lead of 26 twice off of back-to-back free throws and a three-point basket with 33 seconds left in regulation.

The Lobos improve to 3-6 on the season while Alma College drops to 0-8.

Sully will tangle with the College of Wooster at 2:00 p.m. Mountain Time from the campus of Mesa Community College.