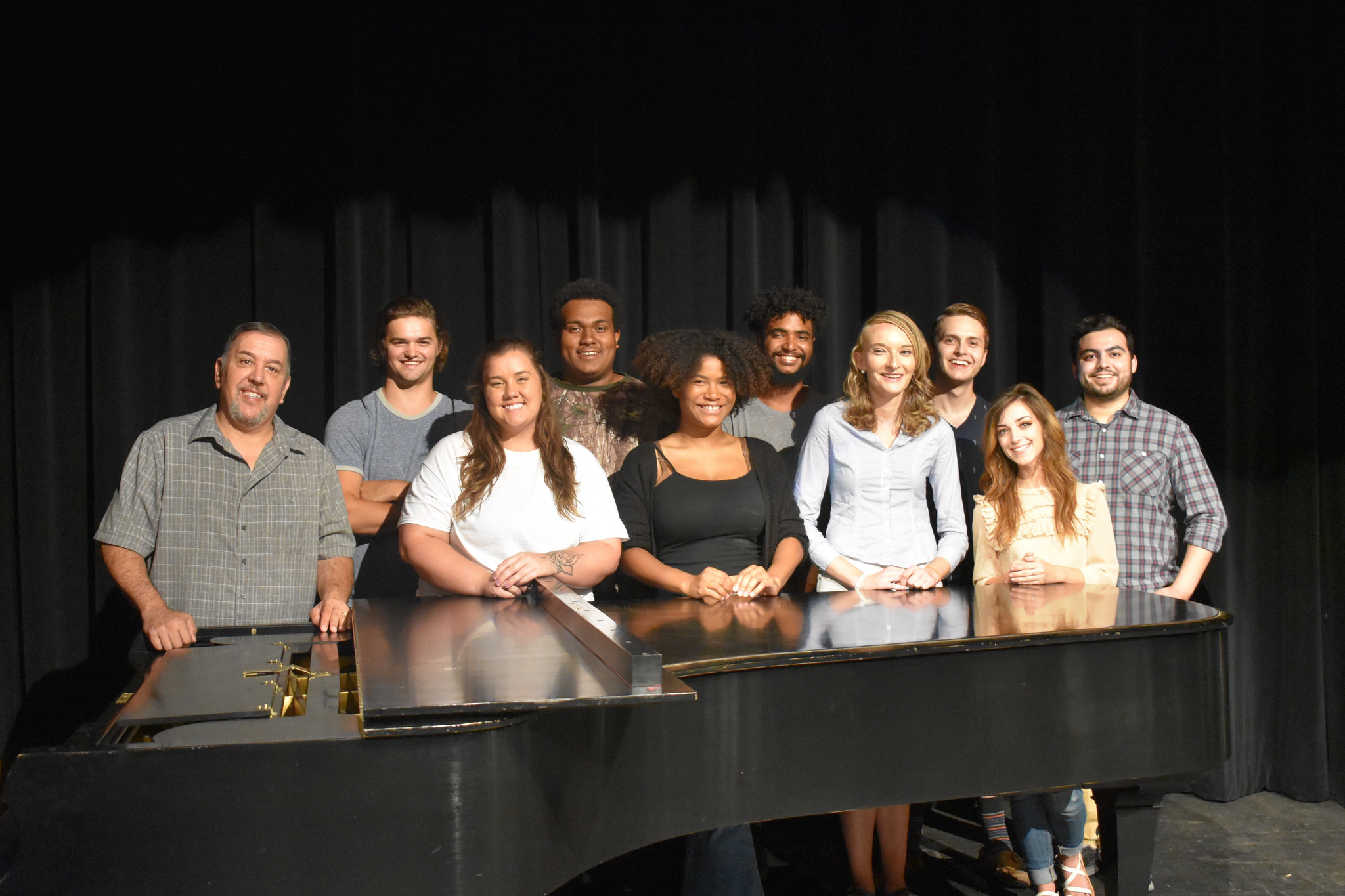 • from the Sul Ross Theatre Program •

The Theatre of the Big Bend celebrates rock and roll with its 53rd season summer musical, Smokey Joe’s Café.  Performances will be held weekends, July 6-29, in the Kokernot Outdoor Theatre with the curtain going up at 8:15 p.m.

“This is the music I grew up with,” said Roman.  “These were the hits playing on the radio when I came home from school, and I even watched the original groups perform on TV shows like Hullabaloo, Shindig, and American Bandstand.

“Listening to albums was a communal experience, and this show captures that.  There is no plot.  It’s a musical revue, and the show will really test the talents of our musicians.  Leiber and Stollers’ songs will definitely nudge the audience to get up and dance to the oldies, and we heartily encourage that,” she laughed.