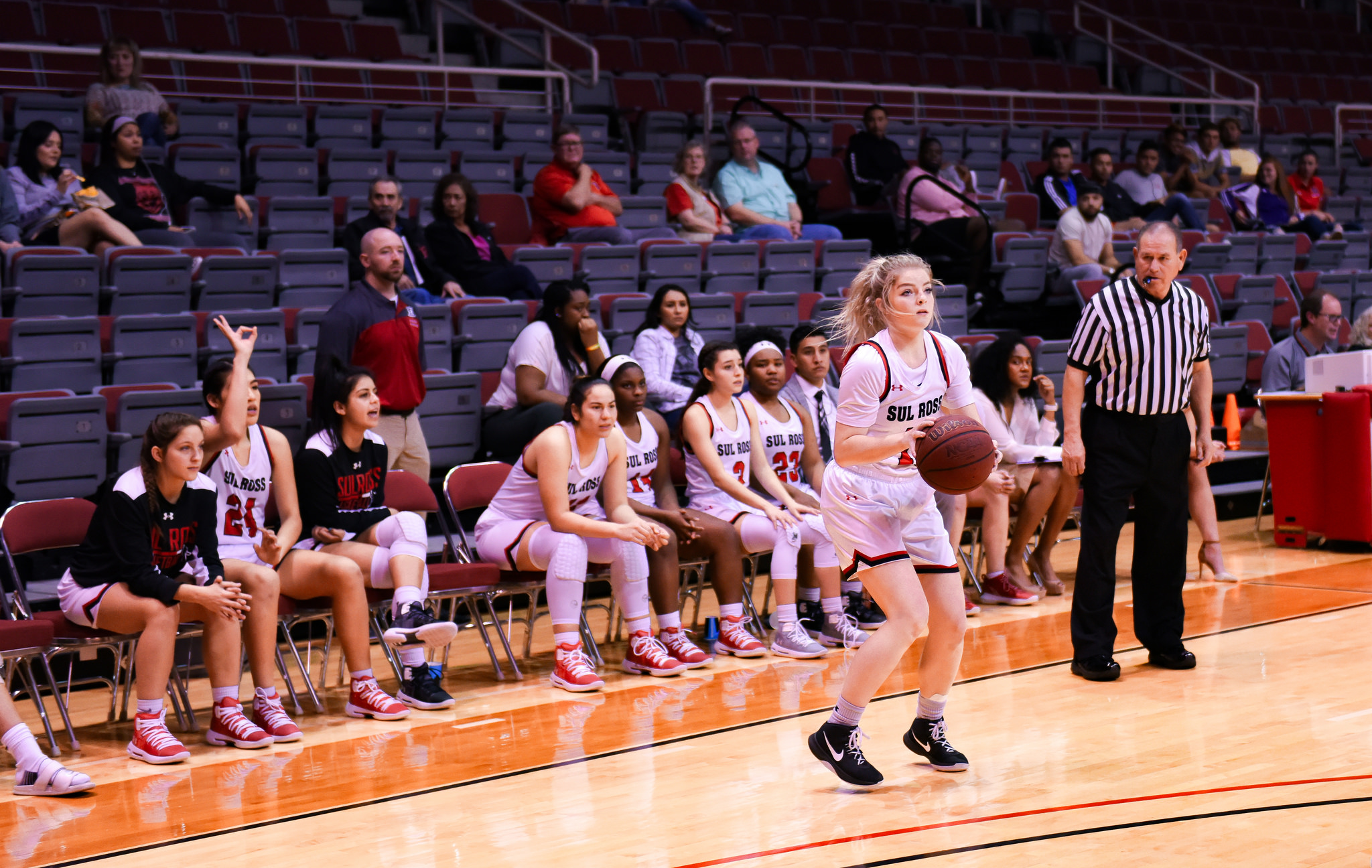 The Lady Lobos sprinted out of the gates with a 9-0 run capped by a three-point bucket by Angalyn Latin at the 8:21 mark, first quarter.

LeTourneau cut its deficit down to three at 5:38 off a fastbreak layup by Kaeuna Whitfield.

A layup by Latin completed an early 4-0 run in the second quarter before the Lady Lobos climbed out to a 35-17 lead off a banked three-pointer by Hamilton at 4:19.

Two free throws by Jazmine Saucedo at the 1:14 mark handed Sul Ross another 17-point advantage that extended to the break, up 42-25.

A pair of free throws by Whitfield narrowed the home team’s deficit to eight with 4:18 left in the third period.

The Lady Lobos broke back out to a double digit lead and ended the quarter with a 4-0 run for a 51-39 advantage heading to the closing frame.

The visitors extended their lead to 21 midway through the fourth quarter with a layup by Roque.

LeTourneau could pull no closer than a dozen as Roque converted the final bucket for the 66-52 Sul Ross win.