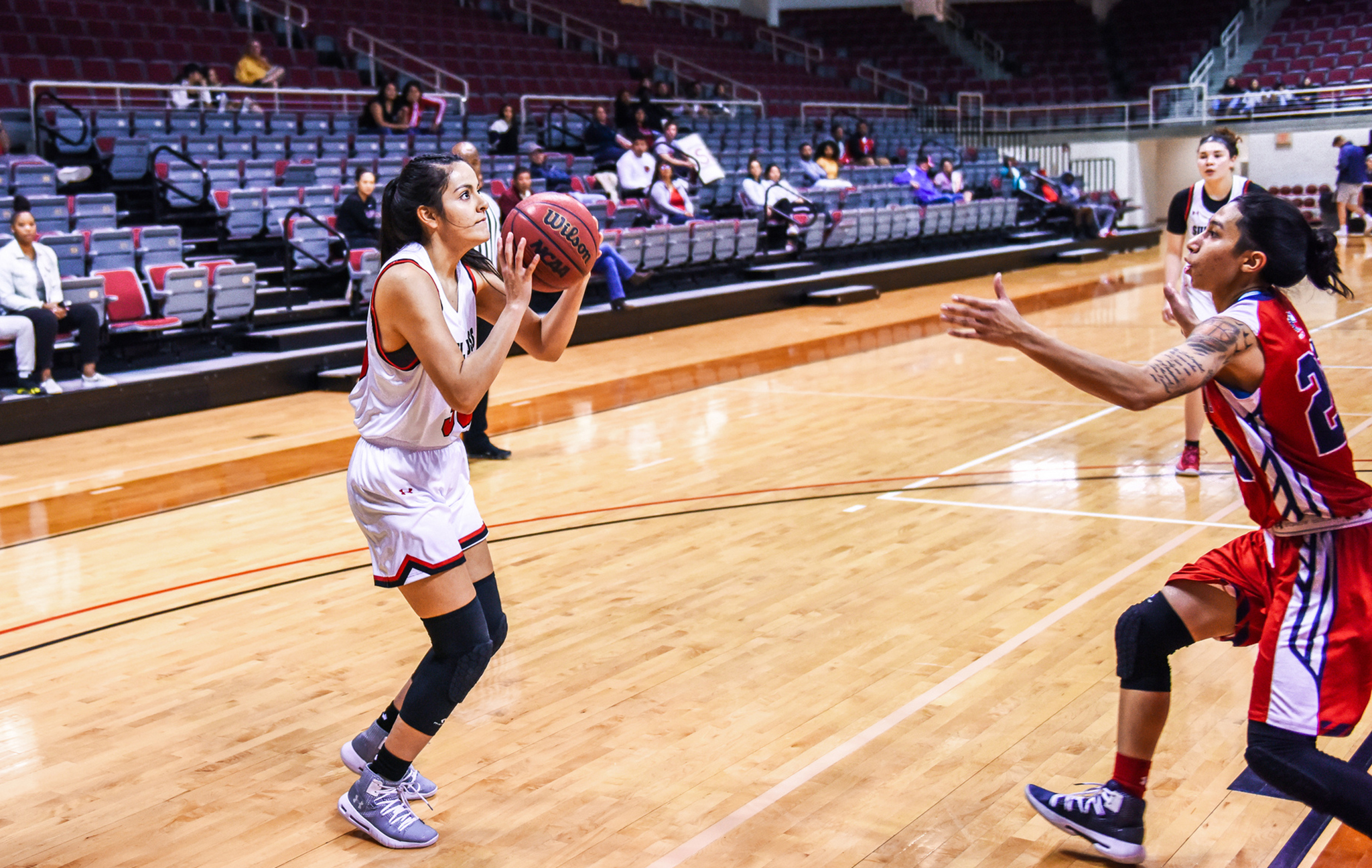 The Lady Jackets jumped out to an early 5-0 lead.

Two free throws by Nunez pulled Sully to within three with 7:58 remaining in the first quarter.

The Lady Lobos were never able to grab the lead although a layup by Jessica Magallanes cut the Sul Ross deficit to two, trailing 7-5 at the 5:09 mark.

Howard Payne pulled ahead by nine twice and ended the period with a 20-11 lead.

In the second quarter, a three-pointer by Jazmine Saucedo narrowed the Lady Jacket lead to four at 6:30.

A three-pointer by Howard Payne’s Lily Janek at 3:22 gave the home squad its first double digit lead at 32-22 with 3:22 left before the break.

Saucedo ended the half with a layup as the Lady Lobos went to intermission down 32-28.

Howard Payne exploded to a 17-point lead in the third quarter off a 10-0 run as the Lady Jackets sat comfortably with a 58-41 advantage with 2:47 left in the period.

With 16 seconds left in the quarter, Janek banked from long range for a 67-51 lead heading to the final period.

Saucedo finished with a second team-high 13 points in Saturday’s effort.